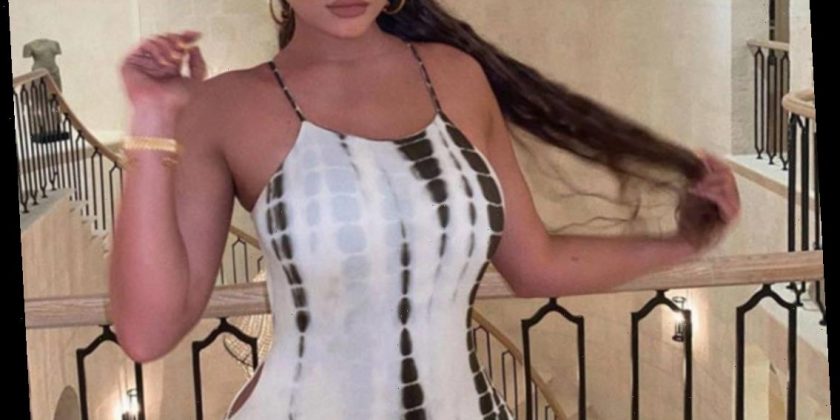 Putting an end to speculation.

Kylie Jenner is speaking out against a "fake version" of her recent Instagram post that's circulating on social media.

On Sunday, the 23-year-old uploaded a series of photos showcasing her outfit while on vacation in Turks and Caicos, and it's the caption that's caused all of the confusion. According to Kylie, she initially captioned the post with two emojis (a white heart and sparkles) before later changing it to brown eyed girl, followed by the same two emojis.

However, as she pointed out in her Instagram Stories on Monday afternoon, an edited screenshot of her post has since surfaced that makes it look as though her first caption read "brown skinned girl."

"Saw online someone photoshopped this photo I posted to change my caption from 'brown eyed girl' to brown skinned girl,'" Kylie wrote alongside a post that displayed the fake screenshot. "I never said this."

Watch Paris Hilton Revisit Childhood Trauma in This Is Paris

The Keeping Up With the Kardashians star then posted another Story with screengrabs of her real original caption and the updated one, which she said she changed "a few minutes" after uploading the photos.

"And that is all," Kylie added.

Kylie shared one last Story on the matter, which was a screenshot of two Instagram users defending her. One wrote, "i mean if the same screenshot is used everywhere that means it's edited but if it was real there would be many different screenshots from different phones and fonts," after another said in-part, "why do people need to make drama out of everything and invent lies."

The photo initially marked an evening of celebrating Kylie's 23rd birthday. See everything she's been up to on her tropical trip here!