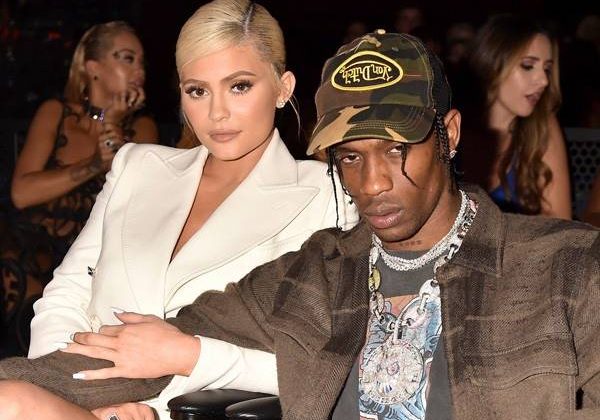 On Wednesday night, Travis and Kylie were the ultimate power couple when they arrived fashionably late for the Halloween party at the Delilah in Hollywood. A source told E! News that the duo, along with a few of their friends, made their way over to the A-list hot spot after making an appearance at Kendall Jenner‘s ultra-exclusive Halloween fête. Once they arrived at the venue, “Kylie stuck by Travis side until he left to take the stage to perform,” an insider shared. “They were very cute together showing a lot of PDA, and Travis was holding Kylie at their table until he had to perform.”

While her man dazzled the crowds, Kylie sipped on her drink and socialized. The source added that she “looked very proud of him” as he performed.

“She was singing every word to Travis’ songs,” the insider shared. “She was in a great mood and was definitely enjoying herself.” 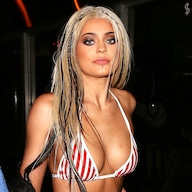 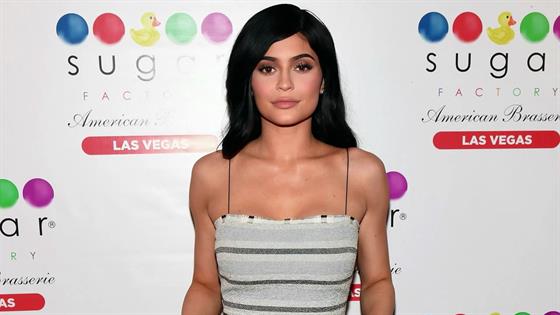 And even though the Astroworld performer was busy hosting the event, he made sure to take care of Kylie as any boyfriend would. The source said, “You could tell Travis was very protective over Kylie and immediately grabbed her as he exited the stage before they left together.”

Earlier in the day, the pair spent quality time with daughter Stormi Webster as she celebrated her first Halloween. Much like the rest of the Kardashian kids, Stormi has been getting into the spirit of the holiday by dressing up in an assortment of adorable outfits, but on Wednesday, she and Kylie coordinated their costumes in a big way. As an homage to Stormi’s name, the mother-daughter duo adorably dressed as storm clouds and lightning.

Last year, a then-pregnant Kylie dressed as an enchanting angel with best friend Jordyn Woods, who was a devil. At the time, the makeup guru was concealing her growing baby bump, but with baby Stormi no longer a secret, Kylie decided to reveal last year’s attire.

We can’t wait to see what they have in store for next year!

Watch a brand new episode of Keeping Up With the Kardashians Sunday at 9 p.m., only on E!