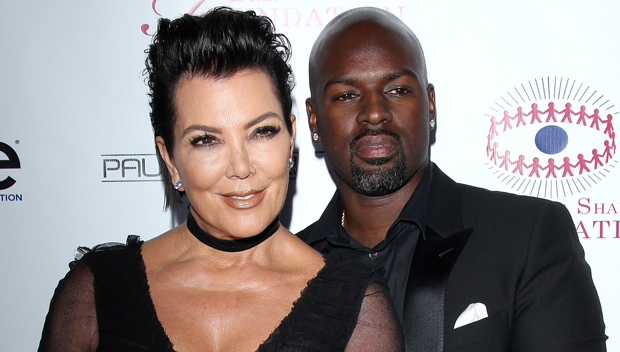 As Kris Jenner’s birthday approaches in three days, she’s hoping Corey Gamble doesn’t get down on one knee, and HL has EXCLUSIVELY learned why.

Kris Jenner, 62, doesn’t want an engagement ring for her birthday on Nov. 5! All eyes are on Corey Gamble, 37, as he’s been dating the executive producer of Keeping Up with the Kardashians for four years. But Kris doesn’t want to be too surprised — Ferraris are okay — on her special day. “Kris and Corey are in love, she’s very, very happy with him,” a Kardashian insider EXCLUSIVELY tells HollywoodLife. “But she’s not pushing him to put a ring on it, in fact it’s just the opposite. Her birthday is coming up and she is really hoping he doesn’t do anything crazy like surprise her with an engagement ring.” And there’s an “unromantic” reason as to why Kris isn’t looking to add another diamond on her fingers.

“She is very happy with the way things are and feels like that kind of pressure and having to deal with all the unromantic things like prenups and finances would ruin a great thing,” our source reveals. With Kris’ estimated net worth to be around $60 million, according to Money, while Corey’s net worth has reportedly been estimated to be up to $3 million, according to The Sun, a prenup would definitely be tricky to navigate! But we can now stop reading into the momager’s appearance on The Late Late Show with James Corden in August, which sent viewers speculating that Kris and Corey secretly got engaged.

In July, Kris was spotted sporting a giant diamond ring, which host James Corden brought up on his show. “This isn’t the ring,” she told the late night host, ever so cryptic. “But there is a ring,” James replied, but instead of giving him a straightforward answer, Kris ate a cricket, playing along with his game, Spill Your Guts or Fill Your Guts! The interview gave us much more hope of a possible wedding than her chat with Ellen DeGeneres in February of 2017.

“You know, I’ve done that twice and it didn’t work out so well,” she told the talk show host, in regards to getting married again. Kris was married to the late Robert Kardashian, and then Caitlyn Jenner, whom she separated from in 2013. “So I don’t know — you never know,” she continued to tell Ellen. “I’m going to take a page out of Goldie [Hawn] and Kurt [Russell]’s book. Or Kourtney [Kardashian]’s book. I think as long as things are going so well, why ruffle it up?” Based on what our source is telling us now, it sounds like the KarJenner matriarch is sticking to her mindset from last year!