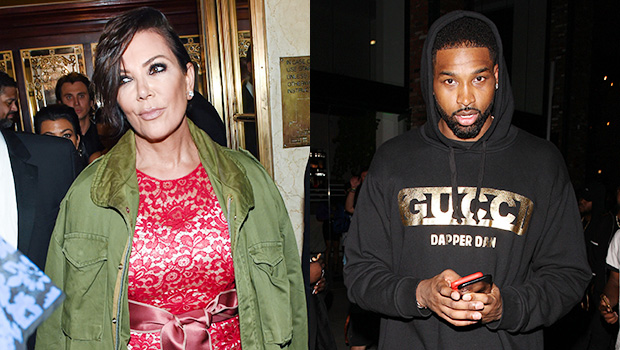 The fallout from Tristan Thompson’s cheating scandal continues on ‘KUWTK.’ Kris Jenner gave him an ultimatum to choose between baby mama Khloe Kardashian or his ‘Instagram whores’

It’s a miracle that Tristan Thompson was able to salvage his relationship with baby mama Khloe Kardashian following his April cheating scandal a week before baby True Thompson‘s birth. In a clip from Nov. 18’s Keeping Up With The Kardashians, Kim and mom Kris Jenner spill about the sit-down meeting they had with Tristan after he broke Khloe’s heart. The Kar-Jenner ladies are still clearly pissed at him over the pain and humiliation he caused Koko and Kim called meeting with the NBA star “pointless.”

The 38-year-old tells Kris’ cousin Cici Bussey about the private meeting with Tristan where Kris called him out and told him to either choose to be a family man or chase Instagram “whores.” “Then he got mad because my mom was like, ‘You can make your decision. If you want to live this life of dating these Instagram whores and doing your thing, live that life,’ ” Kim recalled. “Mom’s like, ‘If this doesn’t work out with you guys, we’re always going to rise up.’“ BURN!!! That’s one thing about the Kardashian women. No matter how men let them down they always come out on top.

“He was very remorseful and was feeling obviously sick over everything that happened,” Kris initially revealed. Kim then chimed in, “But I told him, ‘I think you’re more remorseful because it’s affecting your job. I think he’s more embarrassed that he looks stupid, ’cause [of] the public…booing him. And I think it’s more of that than anything, and I told him that.” Tristan took so much heat from NBA fans following the cheating scandal and it followed him as the Cleveland Cavaliers made their way through the playoffs. Opposing fans would chant Khloe’s name constantly to throw him off his game and even NBA play by play announcers would make fun of it.

“We all expressed exactly how we felt,” Kim continued. “I think the convo was going okay at the beginning and then it got heated. I don’t know, it just kind of took a left turn. Overall, I think it was definitely necessary for us to let out how we all felt, and since he is the father of Khloé’s baby, I definitely wanted to take the time to hear what he had to say.”

Kris revealed that the reason Khloe  decided to have a baby was because she loved and trusted Tristan and the betrayal came as a complete shock to her. “She said something really interesting. She said, ‘I didn’t have a baby just to have a baby and move on.’ She said ‘I had a baby to create a beautiful family,’ and that’s what broke my heart,” Kris revealed. “She really never saw it coming, either.” Be sure to catch all the cheating fallout when KUWTK airs this Sunday Nov. 18 at 9pm on E!.