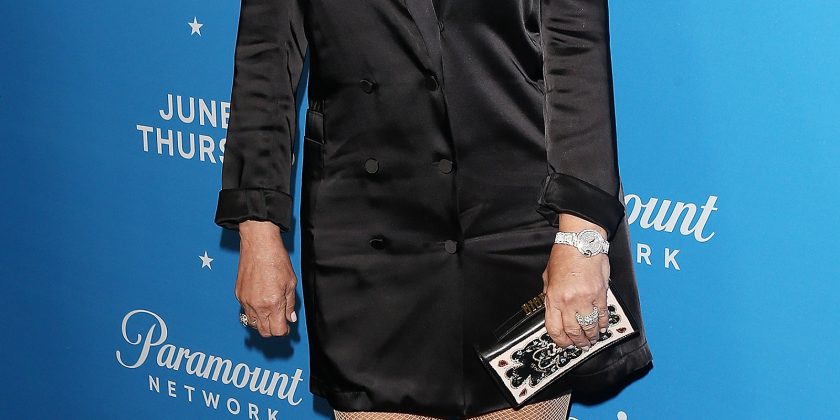 As the destructive trio of California wildfires — which have forced hundreds of thousands to evacuate and claimed the lives of at least 23 people — continue to spread, Kris Jenner is supporting the firefighters who are putting their lives on the line to keep people safe.

“We spent yesterday evacuating our homes and I want to take a moment to thank all of the incredibly brave firefighters, servicemen, first responders, volunteers and all of those who are working tirelessly to protect our lives and our homes,” Jenner, 63, tweeted on Saturday.

“We are so appreciative of your bravery and everything you’re doing for us. I’m praying for everyone’s safety,” she added in a separate message, before urging all of her followers to join her in donating to the California Fire Foundation.

“Please pray for those affected by the fires and to those who are fighting to keep everyone safe! Join me in donating to the CA Fire Foundation to help the firefighters who are working to rescue people and battle the fires. Donate today,” she wrote alongside a link to the foundation.

Jenner’s entire family has also made donations to the CFF.

The Keeping Up with the Kardashians matriarch — who updated her Instagram bio with information on how to donate to the CFF — also shared an Instagram image showing the ways her daughters were joining her in supporting the foundation.

Alongside a shot of a list of supplies firefighters need, which was shared with the entire family by Kylie Jenner, Kris also posted a picture of Khloé Kardashian visiting a local CVS in order to make a donation.

“After @kyliejenner sent this on our family group text @khloekardashianran to the pharmacy to shop for the Firefighters… such a huge heart Bunny!! ? Let’s take care of our guys! Thank you to all of the men and women fighting these fires and risking their lives… #gratefulbeyondwords #powerofpraye,” the momager wrote.

Documenting her supply run on Saturday, the Good American co-founder, 34, wore a protective face mask as she visited CVS.

“I am at the CVS in The Commons because I had to get a couple things at the house and I am gonna post this request from what the fire department needs and whoever can drop off whatever they can,” she said in a series of videos posted to her Instagram Story. “I mean any little bit helps, and if you’re at the CVS, I basically bought everything they had in stock. I bought as many waters as I could, but they still have waters here.”

“But if you guys could drop off whatever you can i know the brave men and women who are working so hard tirelessly for all of us would greatly appreciate it, so please just do whatever you can. Even if it’s only one bottle of water, one container of eye drops, one granola bar, anything, i know they would appreciate it. I love everyone, stay safe and god bless,” she continued.

Kourtney, 39, previously revealed on Saturday that her home had been spared from the Woolsey Fire, which was of Sunday morning was still only 10 percent contained, according to Cal Fire.

The mother of three, who had previously evacuated from her Calabasas home and sought refuge in sister Kendall Jenner’s house, shared that although the blaze had been headed “up the hill towards my house,” it “just stopped” on its own.

As for the rest of the famous family, on Friday, Caitlyn Jenner, 69, told fans she safely evacuated from her Malibu home during the mandatory evacuation. “Don’t know if the house made it or not, it’s still up in the air,” Caitlyn said in a video shared on Instagram Friday. According to a photo published by TMZ, Caitlyn’s home was safe as of Saturday.

After evacuating her Hidden Hills home on Thursday night, Kim Kardashian West shared a sweet black and white photo of herself and True Thompson, Khloé’s 6-month-old daughter, on Twitter the following evening.

“Trying to get my mind off of this fire and snuggling with my niece,” the KKW Beauty mogul, 38, tweeted. “We are all safe and that’s all that matters.”

Khloé was also affected by the fire, tweeting on Friday, “I just left with the clothes on my back but I think I packed Trues entire bedroom and closet into my car obviously she’s all that matters to me.”

The new mother had previously told concerned fans on social media that she is staying with her brother Rob Kardashian and his daughter Dream, who celebrated her second birthday on Saturday.

Kylie, 21, also shared on her Instagram Story, “Fire is so close to my house hoping everyone is staying safe. I’m hoping for the best.”