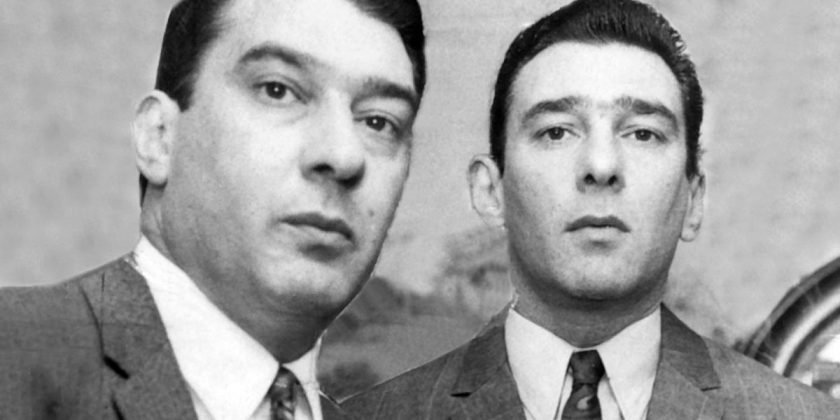 The mum of a Moors murders victim was befriended by the jailed Kray twins, two of Britain’s most violent gangsters.

The notorious twins, who had shared a jail wing with Moors murderer Ian Brady, became obsessed with the sickening murder of the young girl.

They sent numerous letters to Ann which her son discovered after her death.

They cruelly taunted her over Lesley Ann’s rape, torture and murder on Boxing Day in 1964. The Krays’ letters were different in tone.

Terry, 68, said: “They are not the kind of letters you would expect from criminals like the Krays.

“Everyone knows how vicious the Krays could be. Maybe mum was trying to find out more about Brady in prison.

"I’d no idea until after mum died they had been ­writing to one another.”

Terry was researching his memoir If Only when he found the letters in a bulging suitcase in his late mum’s bedroom.

Ann once said the twins had written to her but was very protective of Terry and his siblings and did not elaborate.

He said: “Only now do I really know the extent of the relationship.

“She only ever wanted to know more about what happened to her daughter. If they brought her comfort then I can understand why she wrote to them.”

He is unsure who had contacted who first: “Maybe she was trying to get information about Brady in prison, I honestly can’t tell. It’s funny to think of my little mum talking to these two ruffians.”

Terry hopes the bizarre relationship brought solace to Ann who never recovered from the trauma of losing Lesley Ann, buried naked in a shallow grave on Lancashire’s bleak Saddleworth Moor.

She was one of five children aged ­between ten and 17 murdered by the evil pairs.

Ann West died in 1999 aged 69 after a long battle with liver cancer but her lifelong campaign to keep the monsters behind bars was successful.

The Krays’ letters are from the 90s. They had known Brady, who was locked up on the same wing as them in HMP Durham in the late 60s and early 70s.

In 1969 the Krays’ violent reign of protection rackets, armed robberies, arson came to an end when they were jailed for life for murder.

Their letters to Ann, written in ­near-illegible scrawl, show an unusual side to the violent criminals.

Terry said: “When I looked at the letters I could barely read them. They look like they’ve been written by a child.”

A letter from Reggie, on personalised headed paper from HMP Maidstone, says: “Thank you for your letter and I pray that you have peace of mind [and] soul.”

The letters reveal the twins tried to meet Ann and her husband Andy but Terry insisted this never took place.

Ronnie wrote in one letter dated August 1990: “I am very sorry but I won’t be able to see you in September as we arranged as I have had all my visits cut down to seven a month, but I will keep in touch from time to time. God bless.”

Terry, of Withington, Gtr Manchester, said: “It’s nice to see a different side to the infamous Kray twins with their polite tone.”

He would later boast at a mental health tribunal that he used to cook steaks with the twins.

But Terry believes this was pure ­fantasy. He said: “I think that was ­another one of his lies. Brady wanted to change the perception of himself from a paedophile serial killer to some sort of Ned Kelly gangster. He wanted to play with the big boys.”

Terry is sure the Krays would have turned on Brady because of his heinous crimes.

“I know they were ruffians and gangsters and all of that but they didn’t hurt children.”

Brady and Hindley were convicted of luring children and teenagers to their deaths from July 1963 and October 1965.

Brady was jailed in 1966 for murdering John Kilbride, 12, Lesley Ann, and Edward Evans, 17, and later admitted to killing Pauline Reade, 16, and Keith Bennett.

The 12-year-old’s body is believed to be on the moor but has never been found, despite pleas for Brady to reveal his final resting place by Keith’s mother Winnie Johnson, who died in 2012.

Lesley Ann’s remains were found in 1965 and laid to rest near her home. It was later moved to a secret location after her grave was heartlessly desecrated.

For three years, on what would have been Lesley’s birthday, the graffiti “Myra Hindley” was scrawled in black paint across the headstone.

Now Lesley lies in a grave alongside her mother Ann, and Terry makes a weekly pilgrimage to their final resting place to lay flowers.

He admits he still feels guilty over her disappearance as he was bed-ridden with flu and had not gone with his younger sister to the fair where she was abducted.

He said: “I see the 60-something man in the mirror and the mental scars of pain look back at me.”

When Terry visits their grave on Boxing Day he will lay a wreath to honour their memory. He said: “The pain of her death will never get easier, and I think about it every day.

“But I am happy my mum and sister are at peace together.

“I imagine them both as angels sitting in heaven – just like the angel on top of the Christmas tree.”