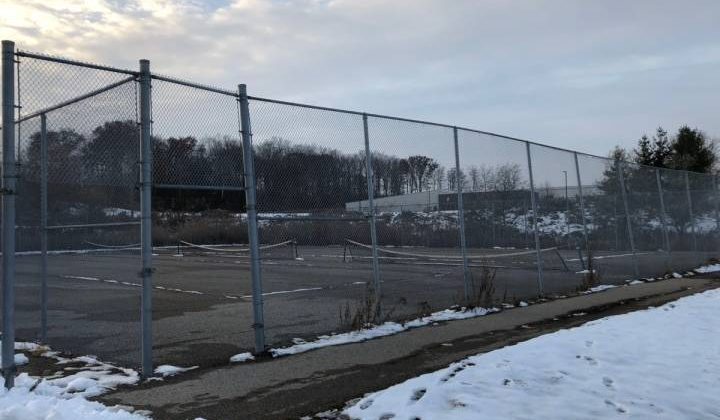 A local schoolyard is about to get a major facelift thanks to a donation from the Aviva Community Fund.

The tennis courts at St. Mary’s High School in Kitchener are going to be shifted into multi-court use after the project was given a $15,000 grant after being a finalist in the Aviva Community competition.

The project was one of 10 finalists in the competition which saw over 450 different communities across the country vied to win financial aid.

There were two phases of the competition. First, there was online voting which narrowed the field down to 10 entries.

A panel of judges then selected the three projects which received $100,000 grants based upon four categories: Impact, viability and likelihood of success, sustainability as well as legacy and originality.

Malick said the judges included people from the charity sector who were charged with narrowing the field.

The bid hopes to see the tennis courts fitted with a Mateflex court system to allow for multi-sport use, and lights to allow for longer use during the day.

One of the big winners was from down the road in Essex. Ont.

A local group there received $100,000 in order to rebuild the bleachers at the athletic field.

The Ignatius Jesuit Centre in Guelph, was also awarded $10,000 in order to rebuild the greenhouse.

The Aviva Community Fund has been running for 10 years now, handing out $9.5 million to over 400 charities and community groups across Canada.

“When we started this back in 2009, we put this idea out there to see what the response would be if we were to offer up some money to help people help to get their ideas off the ground,” Malick said. “Year after year, we have seen the value in this competition.”