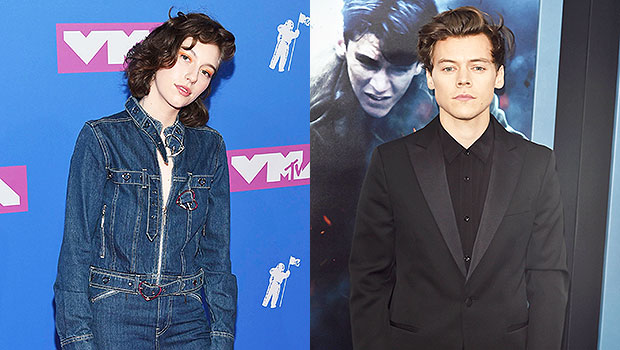 A new clip has surfaced which reveals that pop singer King Princess actually rejected an offer to open for Harry Styles! As the internet loses it over the video, we’re sharing 5 things to know about the musician.

When Harry Styles, 24, co-signed budding singer King Princess in March of 2018, his fans snapped to attention. Harry’s word is gold to his followers, who immediately jumped on the fandom bandwagon as well. They fell head over heels with the 19-year-old singer, who’s making catchy hits for a young, queer audience. A joint concert between Harry and King Princess would have been a dream, and now, a new video has surfaced which reveals that almost actually happened. In the 19-second clip, King Princess can be heard speaking about how she was asked by Harry to open his show at Madison Square Garden, but politely declined. After watching the revealing clip, fans are SHOOK, and can’t believe she really said no to Harry! As the internet freaks out over the news, here’s 5 things to no about the singer who rejected Harry’s offer.

“1950” was her first release on Mark’s Zelig Recordings label. Zelig is a joint venture with Columbia—where Harry Styles is signed.

2. She’s built herself a dedicated following from the LGBTQ community.

Her breakthrough, anthem “1950,” is a queer love anthem for the ages. The song garnered loads of support from the LGBTQ community, who loved the song’s honest lyrics. “I hate it when dudes try to chase me, but I love it when you try to save me,’cause I’m just a lady, I love it when we play 1950,” she croons.

3. This isn’t the first time she rejected a massive career opportunity.

The musician declined her first record deal to focus on school when she was 11-years-old, according to Music Feeds. Clearly for her, timing is everything!

4. She grew up surrounded by music.

King Princess’ dad is a recording engineer, and the owner of Brooklyn’s Mission Sound.

5. Fans are incredulous over the fact that she REALLY declined Harry’s offer to open for him.

And they took to Twitter to express their surprise.”So king princess really said ‘no’ to Harry Styles. What kind of au is this,” once fan wrote. “HARRY DEADASS ASKED KING PRINCESS TO OPEN HIS SHOW IN MSG CAN YOU IMAGINE HOW ICONIC IT WOULD BE IF SHE SAID YES,” another said. “Imagine if King Princess did open MSG for Harry. Wow that would’ve been SO GOOD,” another posted, with some wishful thinking.