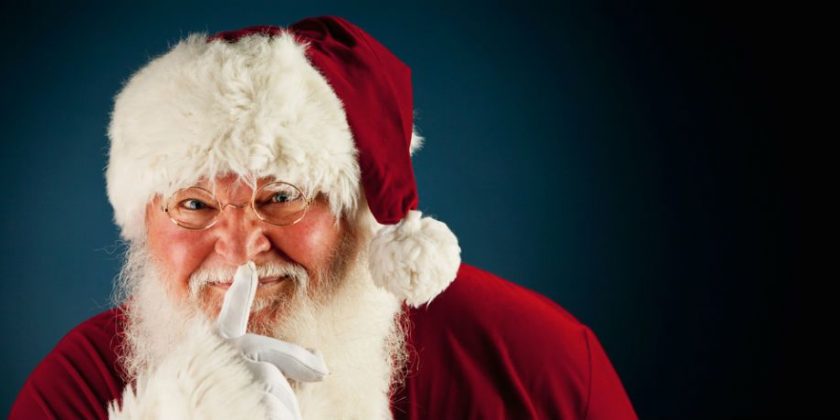 The average age at which [Christian] children stop believing in Santa Claus is eight, according to an informal poll of children and parents by an English academic.

As the Times of India reports, Psychologist Professor Chris Boyle, from the University of Exeter, surveyed about 1,200 adults around the world to gauge their feelings about Santa Claus (or Father Christmas, or whatever he is called according to each individual’s culture), when they stopped believing in him, how that belief affected their childhood, how it affected their own parenting, and so on.

The main takeaway from Boyle’s research is this: as a parent, you can expect your child to believe in Santa Claus until about age eight. They may yet “pretend” to believe in the jolly gift-giver, either for their own sake (why risk giving up those glorious presents by not believing?) or for the sake of their parents, who are desperate to see their little ones cling to the magical belief. But generally, by third or fourth grade, Santa is relegated to the same position as the Tooth Fairy.

Still, about 65 percent of adult respondents said that, as children, they played along with the Santa thing for the sake of their parents.

Not for nothing, Boyle’s research largely mirrors what’s been known in the parenting, pediatric, and child psychology communities for decades: that kids stop believing in Santa by age eight. As Today’s Parent reported in 2017, child psychologists in the 70’s had figured out that, by age eight, most kids have worked out the math and figured that a single man can’t deliver presents to all of the Christian kids in the world in a single night – at least, not without the help of their parents.

However, another thing that Boyle’s research revealed may come as a surprise to some parents: namely, that the threat of being on Santa’s Naughty List doesn’t actually improve a child’s behavior. Considering that many of his respondents were European, where some cultures hold that Saint Nicholas is accompanied by a demon named Krampus that will beat them, eat them, or drag them to Hell if they misbehave, that can be kind of surprising.

Does being told a lie from infancy until you figure it out on your own make children less trustful of adults? Probably not; 56 per cent of respondents said that the bursting of the Santa myth didn’t affect their trust in adults, while 30 percent said it did.

Meanwhile, many adults wish that Santa wasn’t just for children. About 34 percent of adults said they wished Santa was still real. And perhaps that’s comforting – in these difficult times, having a single person embody pure joy and selflessness in human form is just what we all need.