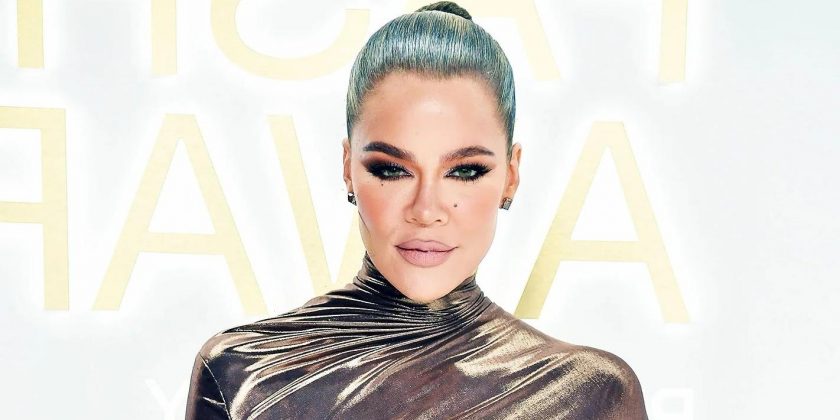 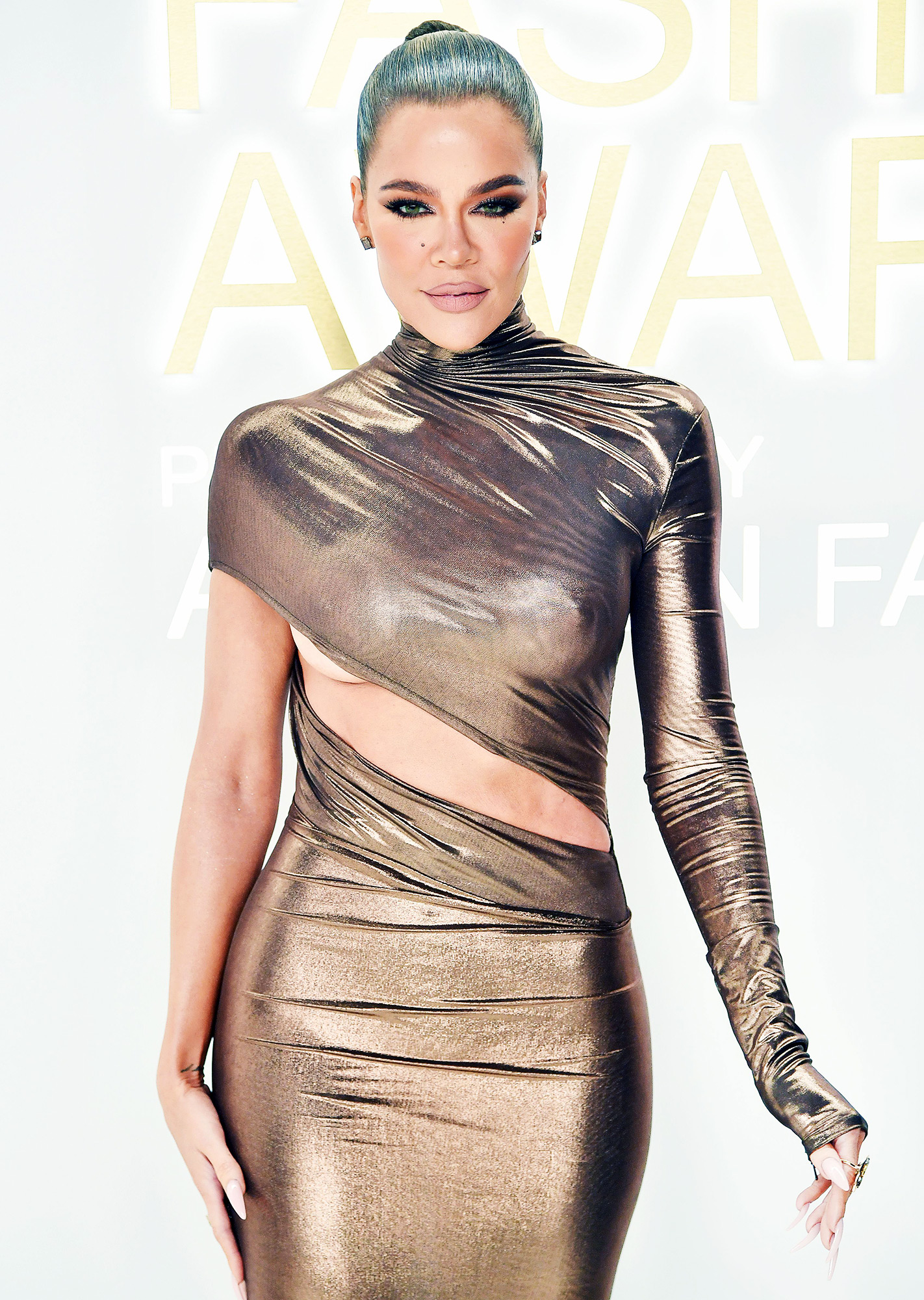 The messy side of motherhood! Khloé Kardashian gave fans another glimpse at life with her baby boy — and showed off one of the less pleasant aspects of raising a little one.

Every Glimpse Khloe Kardashian Has Shared of Her Baby Boy

“It comes with the territory,” the Good American cofounder, 38, wrote via her Instagram Story on Sunday, December 4, alongside a photo of herself covered in baby spit-up. “Mom life.”

The Keeping Up With the Kardashians alum and ex-boyfriend Tristan Thompson welcomed their second child in August via surrogate. The former couple also share daughter True, 4. 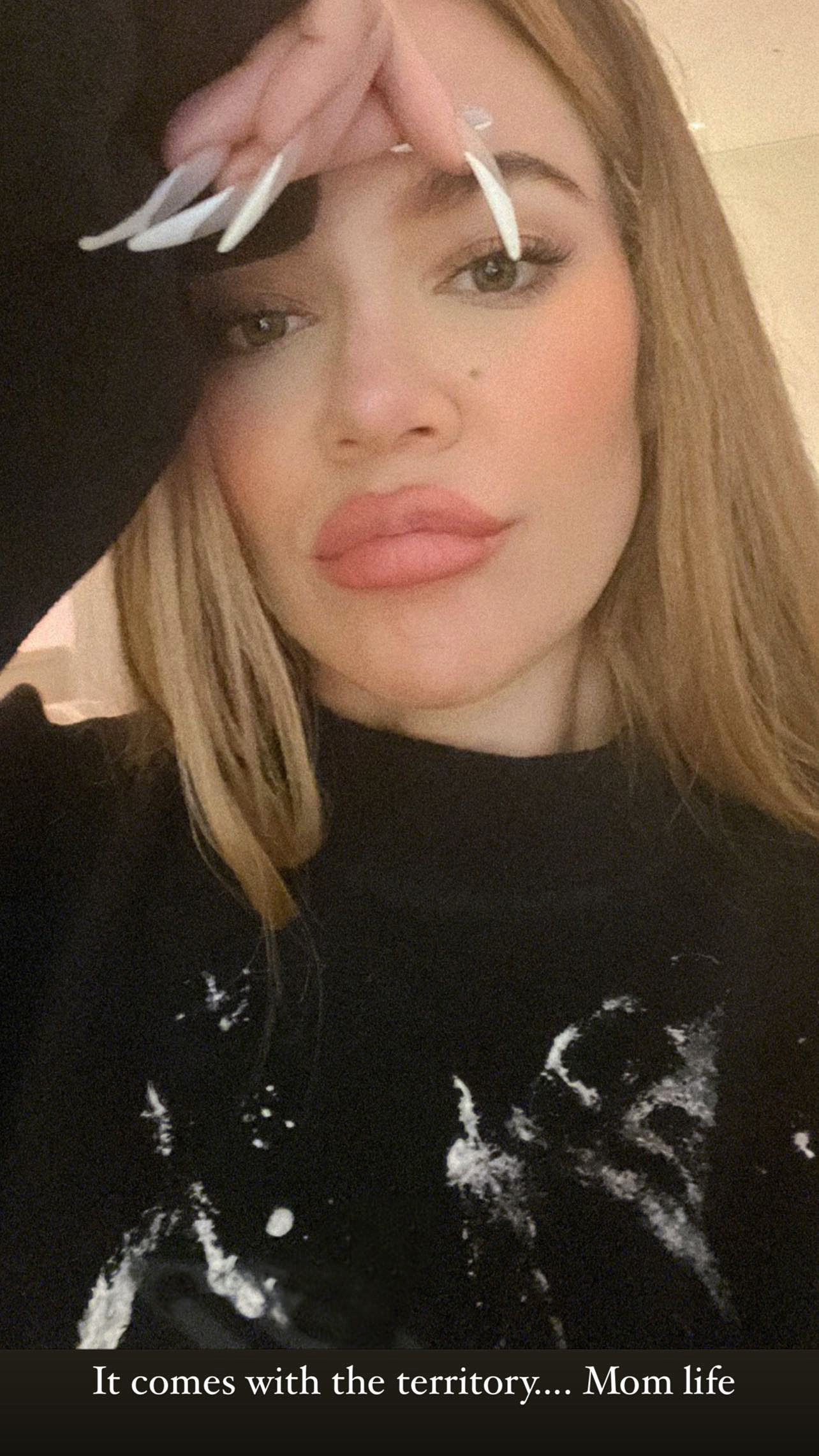 The Kocktails With Khloé alum hasn’t yet publicly revealed her little one’s name, but the tot’s birth was chronicled during a September episode of The Kardashians. “Every single day, I’ve been feeling depressed and sad, and now that my son is here, I get to move on, and I get to enjoy,” the Strong Looks Better Naked author explained during a confessional interview. “It’s almost like I get to close that chapter and be done with this trauma and put it behind me. Now I finally get to start the healing process. Now I get to start enjoying my life with two kids in it and figuring this out.”

Everything the Kardashian-Jenner Siblings Have Said About Coparenting

Kardashian and Thompson, 31, decided to have a second child together in November 2021 before news broke that Maralee Nichols was suing the NBA player for child support. Us Weekly confirmed in December 2021 that the fitness model welcomed son Theo — who recently celebrated his 1st birthday — that month.

During a June episode of The Kardashians, the California native explained that she and Thompson were secretly dating when they decided to have their second child. As shown on the series, she didn’t find out about Nichols’ paternity suit until the rest of the world did.

In October, an insider exclusively told Us that Kardashian is keeping her baby’s name close to the vest. “No one is sharing the name of the baby and a lot of acquaintances do not know,” the source explained. “She’s keeping it tight-lipped.”

That same month, the Hulu personality said that True’s hints about her brother’s moniker were to be taken with a grain of salt. “My daughter says his name is Snowy, and it’s not Snowy,” Kardashian explained during an October episode of The Kelly Clarkson Show. “I swear she does things to sort of, like, mess with me, but his name is not Snowy.”

The reality star added that she thinks she’s finished having children after her little boy’s arrival. “I [have] one of both and I think I’m good,” she told Kelly Clarkson. “Shop is closed.”

Though True can’t be trusted regarding her sibling’s name, an insider told Us in October that the little girl likes having another child in the house. “True is loving being a big sister,” the source said at the time. “And Khloé is thrilled with her family.”