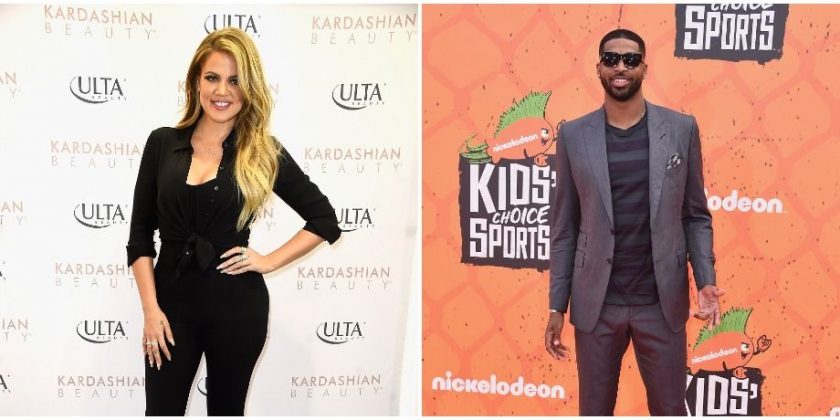 Khloe Kardashian’s famous family is reportedly furious over her alleged plans to have another baby with her cheating boyfriend, Tristan Thompson.

According to a Dec. 6 report by Radar Online, Khloe Kardashian wants her daughter True, 8 months, to have a sibling, and that she wants boyfriend Tristan Thompson to be the father of her second child.

However, Khloe’s family don’t agree with the Keeping Up With the Kardashians star’s plans, especially since Tristan was busted cheating on her earlier this year while she was nine months pregnant with baby True.

As fans will remember, photos and videos of Thompson kissing another woman surfaced online back in April. Kardashian gave birth to their daughter just hours later.

However, Kardashian isn’t worried about Thompson cheating again and is focused on having at least one more child with her baby daddy.

“Khloe knows that he could cheat on her again and she doesn’t seem to care. All she cares about is having at least two kids,” the source added.

Khloe Kardashian’s family doesn’t want her to have another baby with Tristan Thompson if their relationship is solid. However, they’re planning to let her make her own decisions at this point when it comes to her relationship with the NBA star.

“At this point, everyone is just letting Khloe make her own mistakes and do whatever she wants to do. At the end of the day, there is no point in trying to talk any sense into her,” the insider stated.

Us Weekly Magazine was the first to report that Khloe and Tristan wanted another child together and that they were “actively trying” to get pregnant again.

Sources reveal that while Kardashian is not pregnant at the moment, the couple is trying to conceive another child and make True a big sister just eight months after welcoming their first baby together. The source adds that Khloe loves being a mother so much that she wants nothing more than a little brother or sister for True.

Fans can see more of Khloe Kardashian and Tristan Thompson’s relationship when Keeping Up With the Kardashians airs Sunday nights on E! network.