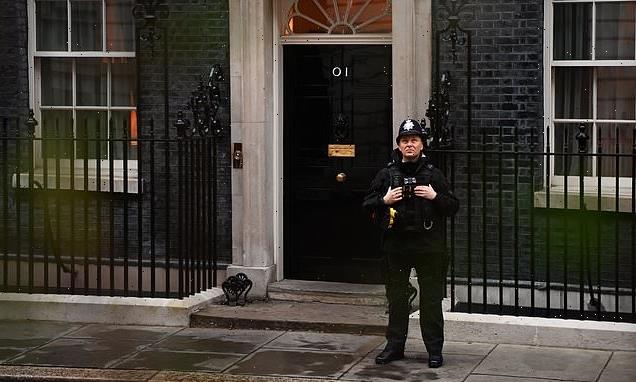 Met Police’s foolishness over Partygate has left us all in limbo: Transparency in power is an essential ingredient in holding our leaders to account, writes former DPP KEN MACDONALD

At a time when we face a cost of living crisis, steeply rising taxes and even a war on European soil, the country has been convulsed by scandal.

Politicians and their advisers are said to have behaved as though all the privations suffered through the years of pandemic were just for the little people.

Parties, suitcases of wine and birthday cake have brought a bitter aftertaste of anger and recrimination. Public confidence in leaders, and even in our governing institutions, has been brought to a new low.

It has often been said that, in the face of hidden wrongdoing in high places, daylight is the best disinfectant. Not everything can be revealed all the time, and some things are rightly concealed from the public gaze: secrets that keep us safe. 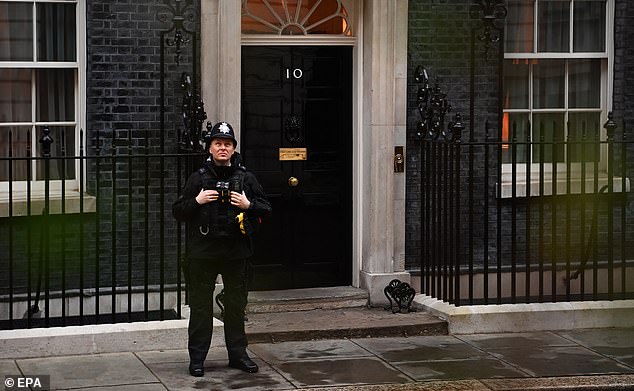 But, in general, transparency in power is an essential ingredient in holding our leaders to account. And where malpractice, deceit and betrayal are concerned, transparency matters above all else. Put bluntly, the public deserve to know the truth and our institutions must serve it up.

In this, we are now failing.

Sue Gray was supposed to be part of the solution. She is, by all accounts, a formidably upright character. Her appointment to lead the inquiry into Partygate was welcomed. It seems she has worked assiduously and without favour, reacting with anger to No 10’s recent clumsy attempts to spin her findings in advance.

There is every reason to believe her report will be forthright and that it will tell the truth. But now we won’t know for sure.

Though a ‘watered-down’ version may be released as early as today, the full report may not be published for months as the Metropolitan Police conduct their own Partygate investigation.

This will only prolong the awful paralysis these events have brought to national affairs. The Prime Minister will sigh with relief and public anger will simmer. How is any of this in the national interest?

The police tell us that it must be this way, because to publish Sue Gray’s findings without redactions might prejudice their inquiries. 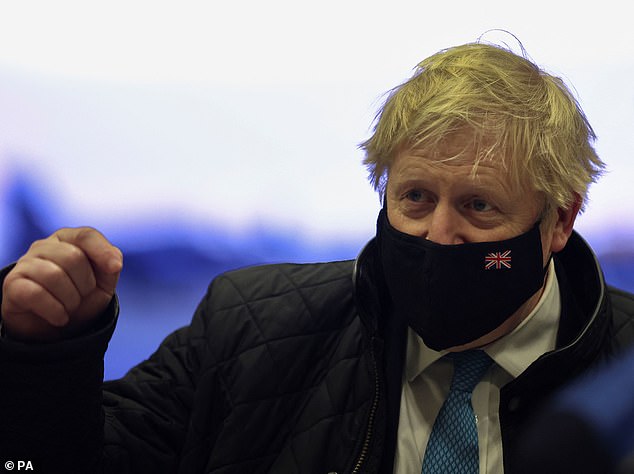 Parties, suitcases of wine and birthday cake have brought a bitter aftertaste of anger and recrimination. Public confidence in leaders, and even in our governing institutions, has been brought to a new low

But what exactly are these inquiries – and how might they be prejudiced? Are they elaborate or complex? Well, hardly. They will apparently consist of officers emailing alleged partygoers (no doubt identified for them by Sue Gray) to ask for their written explanations to be returned, again by email, to the police.

Once they’ve read these replies, officers will decide whether or not to issue their correspondents with fixed penalty notices.

So there we have it: no interviews under caution, no taking of witness statements, no intelligence-gathering: just basic administrative procedures conducted by email and leading, at worst, to the equivalent of a parking ticket.

None of this is drawn from an episode of Line of Duty. And yet it is apparently to protect this rather feeble exchange of emails from ‘prejudice’ that the police tell us Gray’s full report must remain concealed from the public. This is farcical.

Against the minimal prospect that this elementary investigation could somehow be damaged by the release of Gray’s report, we have an overwhelming public interest in speedy publication.

This is so that the public might begin to approach the truth, the boil might be lanced and some semblance of confidence in our governing structures rebuilt.

It is the worst possible outcome that the spotlight should now be switched off by the police, and that this matter should fester for months while they busy themselves composing emails – as Mr Putin eyes up Ukraine.

Perhaps the most depressing aspect to this affair is the way that police officers, rather than doing the public’s business, have made themselves part of the long cast of villains viewed with despair by people all over the country.

As retired Supreme Court judge Jonathan Sumption pointed out, the Met has no constitutional right at all to order Gray not to publish.

No doubt that is why, in the absence of any power to direct her, they resorted to bullying instead, making their demand public without warning her first.

As they doubtless intended, this put her in an impossible position: a senior civil servant could hardly decline the police ‘request’, no matter how ill-judged it must have seemed. She was forced to accede to the Met’s foolish and disproportionate stance and the public are the losers.

And so, instead of nearing resolution this week, we are stuck. With the public mood so febrile, and despite some temporary political relief, this is not good for a Prime Minister who remains under beady suspicion, and it is not good for the country.

We are left indignantly spinning in limbo – and all because the Metropolitan Police lost their sense of proportion.

Ken Macdonald QC is a crossbench peer and a former director of public prosecutions.