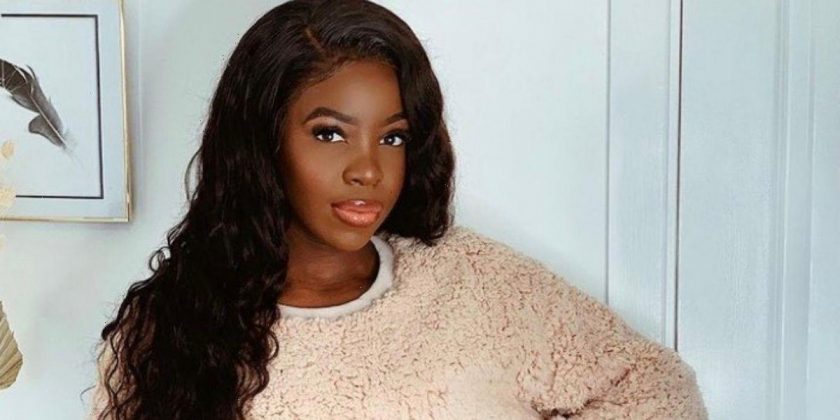 Love Island’s Kaz Kamwi was known for her supermodel beauty looks during her time in the villa, and it doesn’t look like she’ll be losing that reputation any time soon.

In a lovely turn of events, Kaz later confirmed that the wig was by the same brand that provided wigs during her time in the Love Island villa, Free Born Noble.

The brand’s founder Cam Noble announced news of her Love Island hairstyling gig on Twitter at the start of the show’s most recent series, writing: “@LoveIsland hired a black owned business @freebornnoblew to be a part of the team providing hair extensions and wigs on Love Island season 7!!!

“I can only thank God for this amazing opportunity,” she wrote, adding that the attached clip showed “one of @kazkamwi units she will be rocking in the villa.”

When the episode aired Cam also shared the exciting news on Twitter that she had styled Kaz before the live finale, alongside a behind-the-scenes clip.

She wrote: “Yesterday’s experience was one of the best moments I’ve had so far. To think a small black owned business from Ireland will be a hairstylist on one of the most watched shows is surreal! @loveisland @itv2 thanks for the amazing opportunity.”

Naturally Twitter users were quick to applaud Cam for her beautiful work on Kaz. "You did a great job. Her hair looked amazing," one wrote after the finale aired, before a second said: "She looked stunning. Thanks for making our babe look good."

A third added: "You can tell they finally got black hairstylists in the show yesterday. You could just tell," while a fourth said, "Kaz looked amazing all season I knew only a Black stylist could be behind it!"

Since the show came to an end it seems that Kaz is still just as loved up with her beau Tyler Cruickshank as ever, with the pair sharing several adorable moments and date nights with their thousands of fans on social media.

We love that she is clearly a big fan of Free Born Noble outside of the villa too!

For all the latest celebrity news, including what the former Love Islanders are up to now, sign up to the OK! Daily Newsletter here.