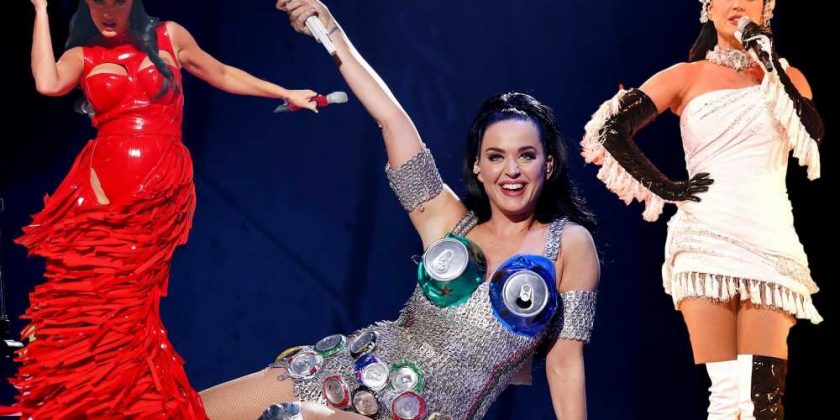 And on the first night of her “Play” residency at Resorts World Las Vegas on Wednesday, the 27-year-old pop star showcased her playful signature style with a series of show-stopping outfits.

In one headline-making moment, the “Roar” singer quite literally showed off her cans in a metallic minidress covered in crushed beer containers — which she used to pour herself a pint mid-performance.

The buzzy take on the cone bra likely gave Perry fans fashion flashbacks, as she sprayed whipped cream out of a different can-embellished bra in her 2010 “California Gurls” music video. 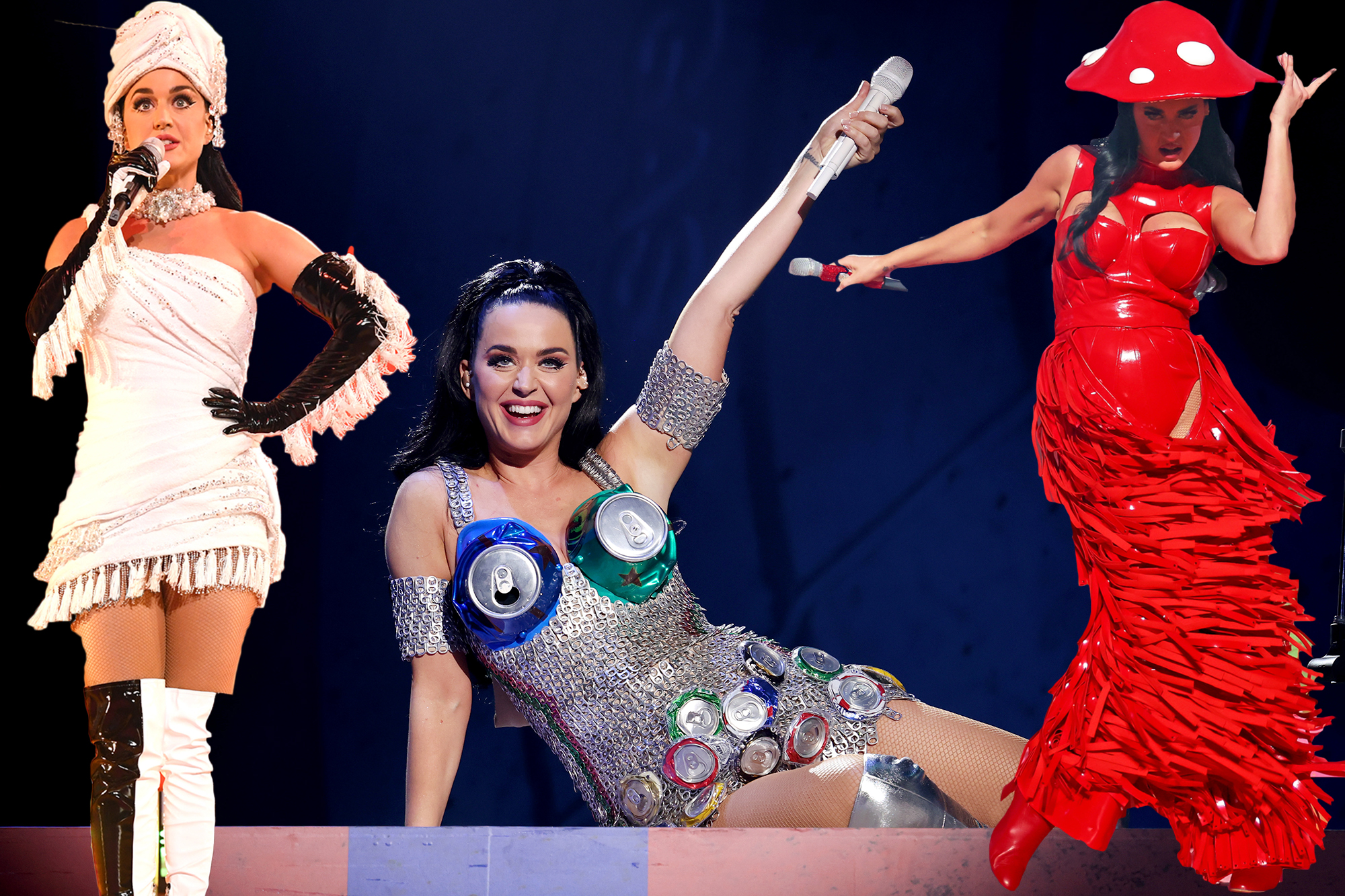 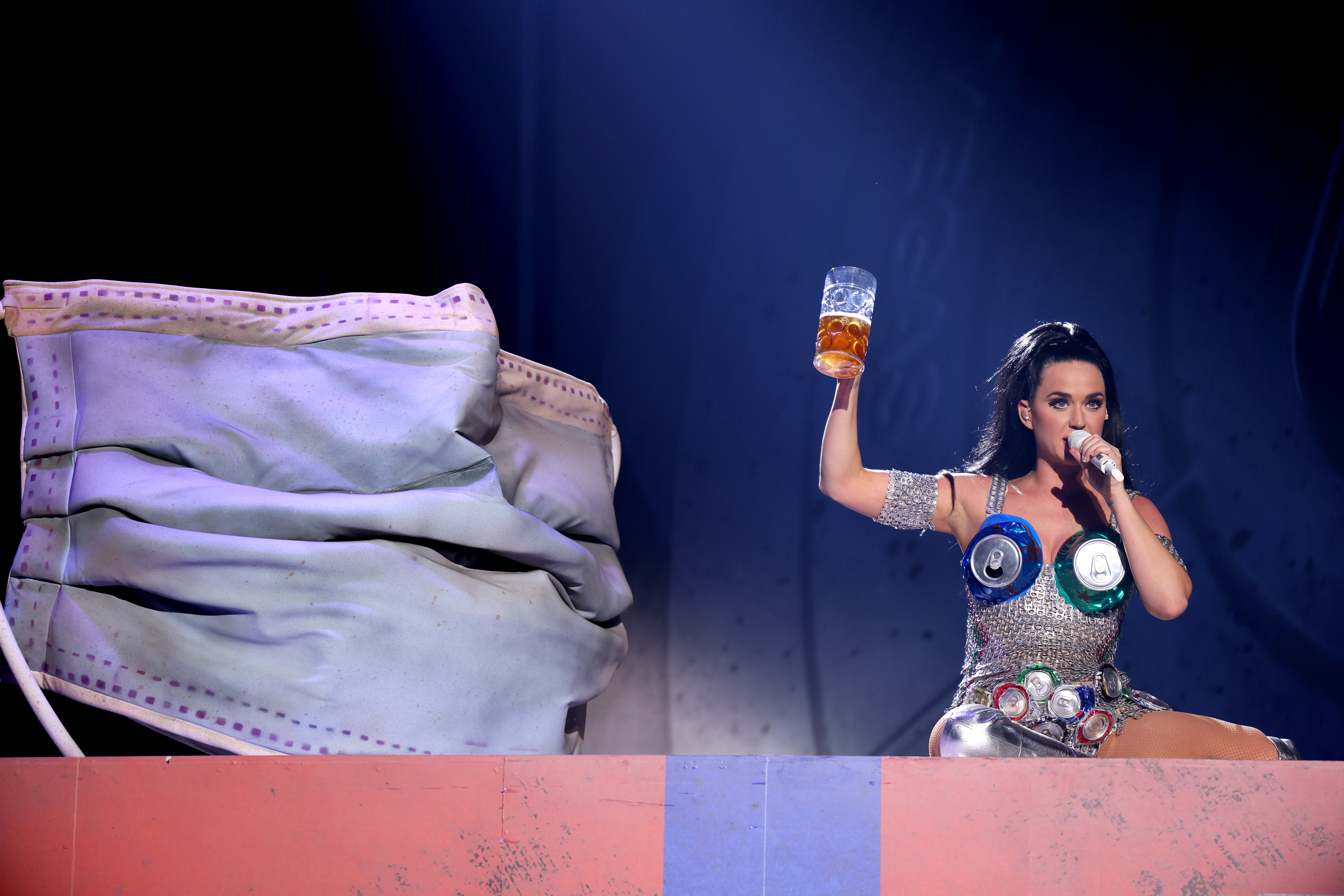 The songstress’ candy-colored “Perry Playland” was filled with oversized set pieces – and a series of over-the-top looks to match. 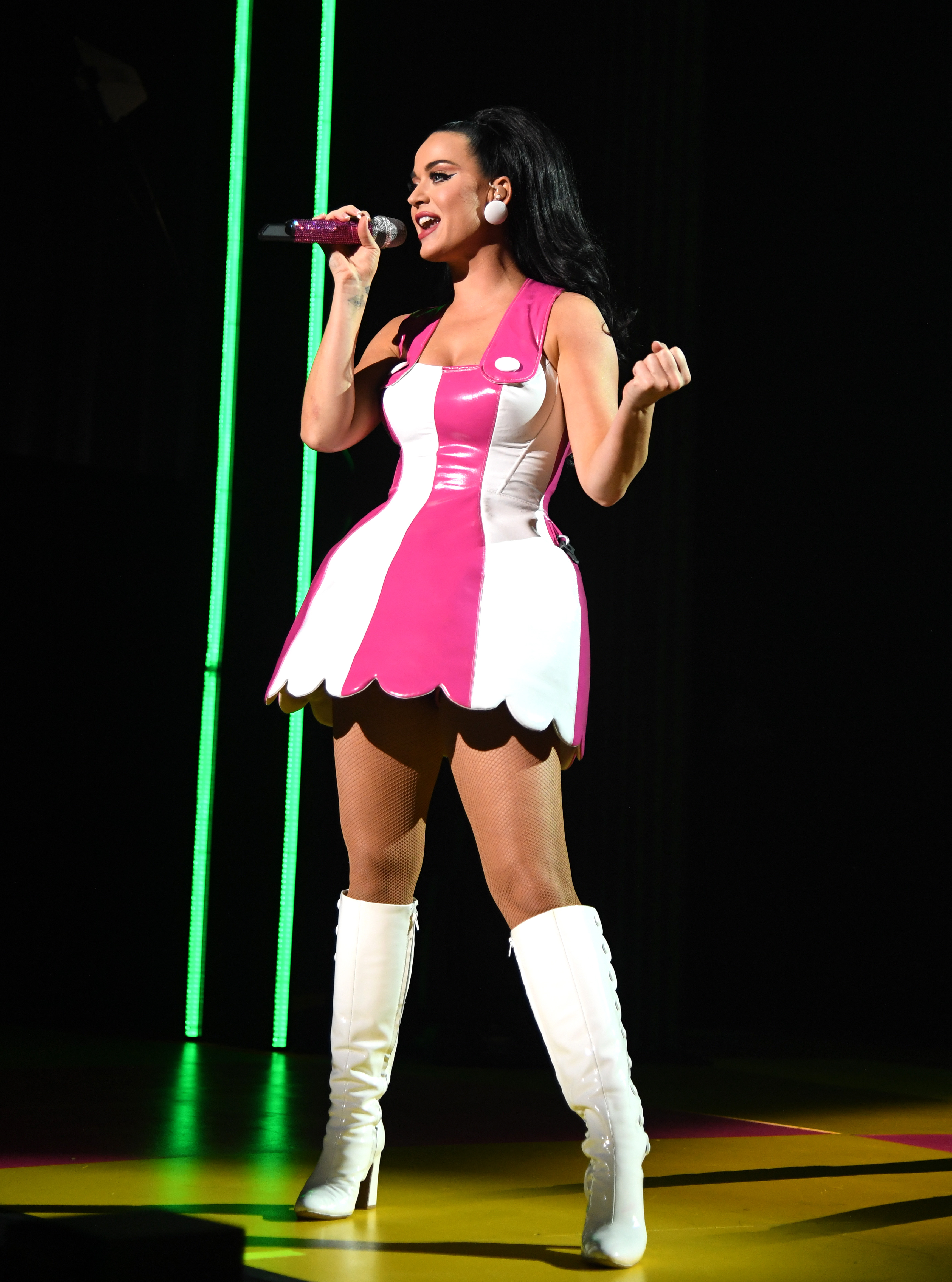 During Act I of the fashion-filled extravaganza, Katy kicked things off with a pink and white babydoll dress, adding to the retro vibe with white boots and ‘60s-esque makeup. 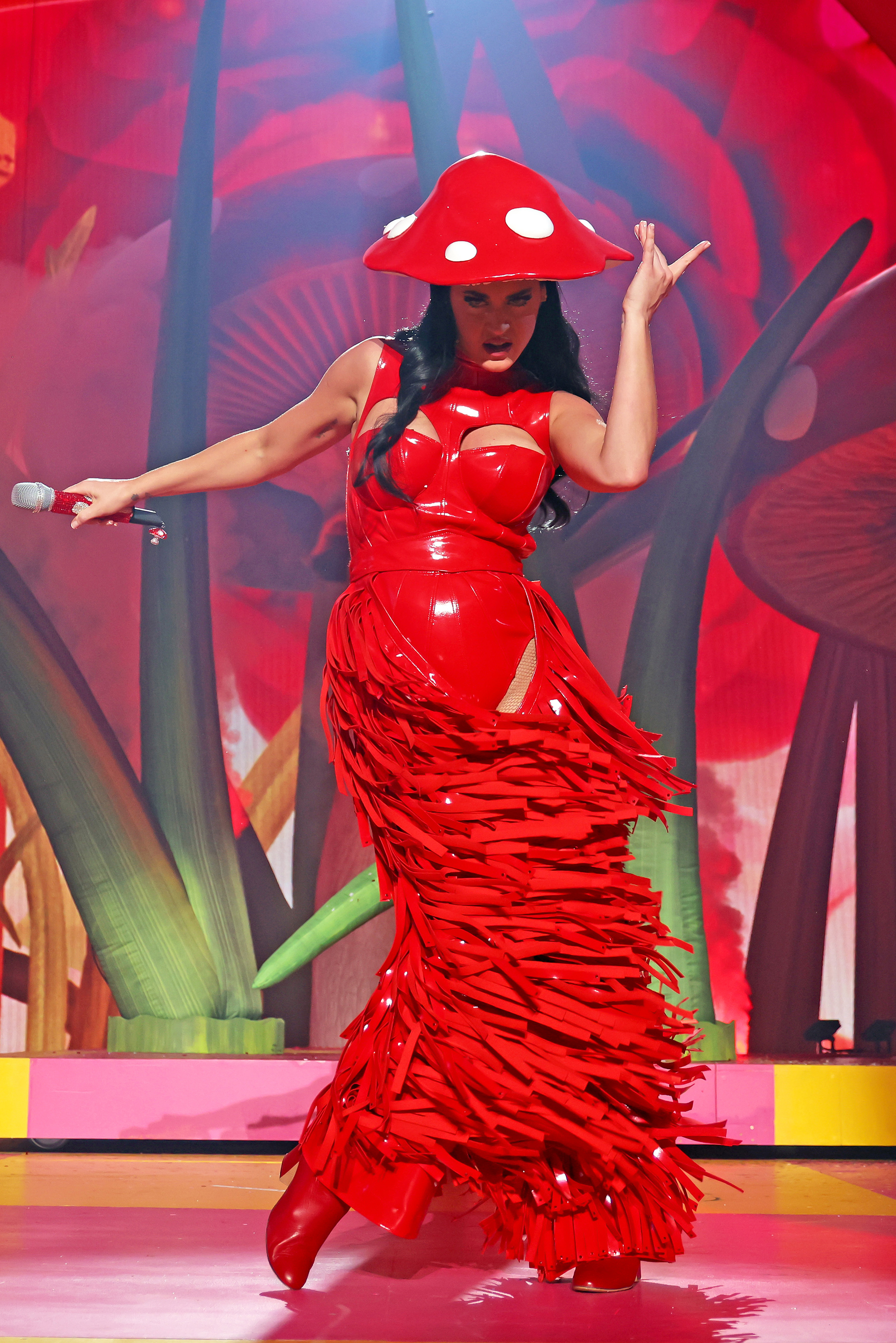 She later turned up the heat with a red latex look, walking through a sea of toadstools while sporting a cutout bodysuit, fringed chaps and a matching mushroom cap hat.

Another fringe-filled look? The white minidress and turban she wore while emerging from a 16-foot-tall toilet beside an equally gigantic toilet paper tower. 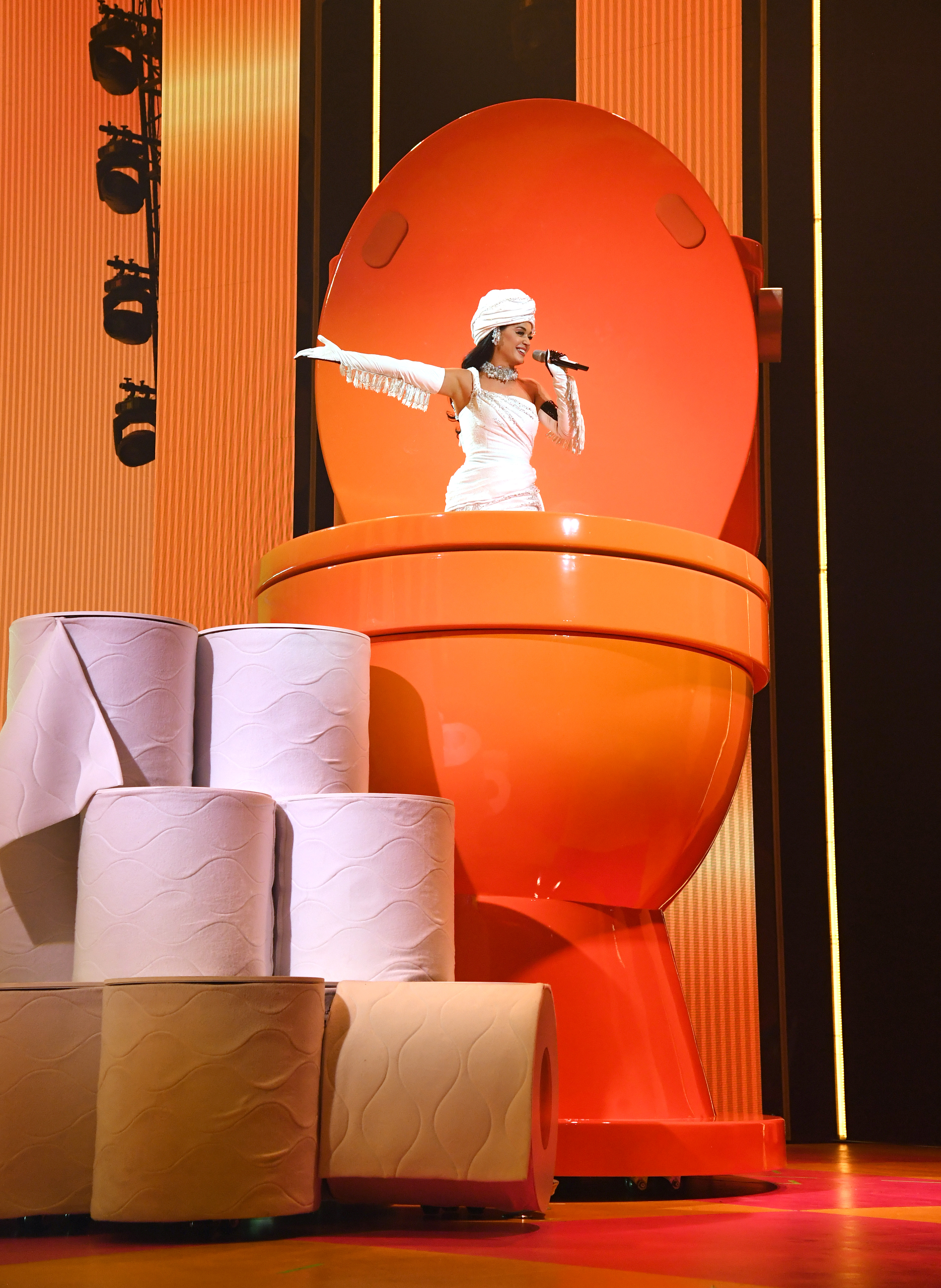 She then cleaned up the bathroom-themed look, layering a bubble-covered dress on top as she stepped into a large bathtub. 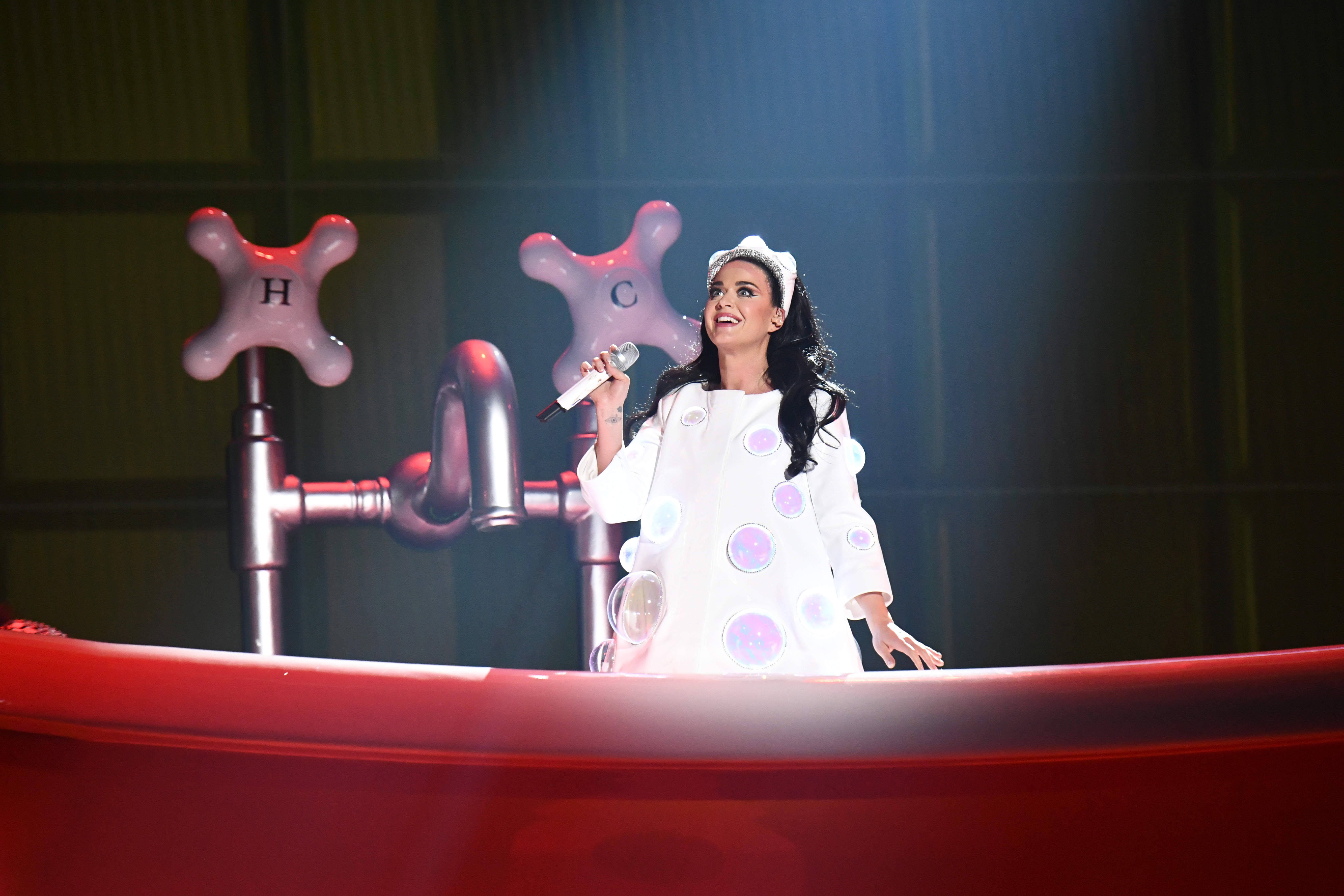 The “Smile” singer ended the night on a glamorous note, sporting a sparkly sunset-colored cutout dress and gold opera gloves by her go-to designer, Johnny Wujek, before closing the show in a pink velvet gown with an embellished neckline. 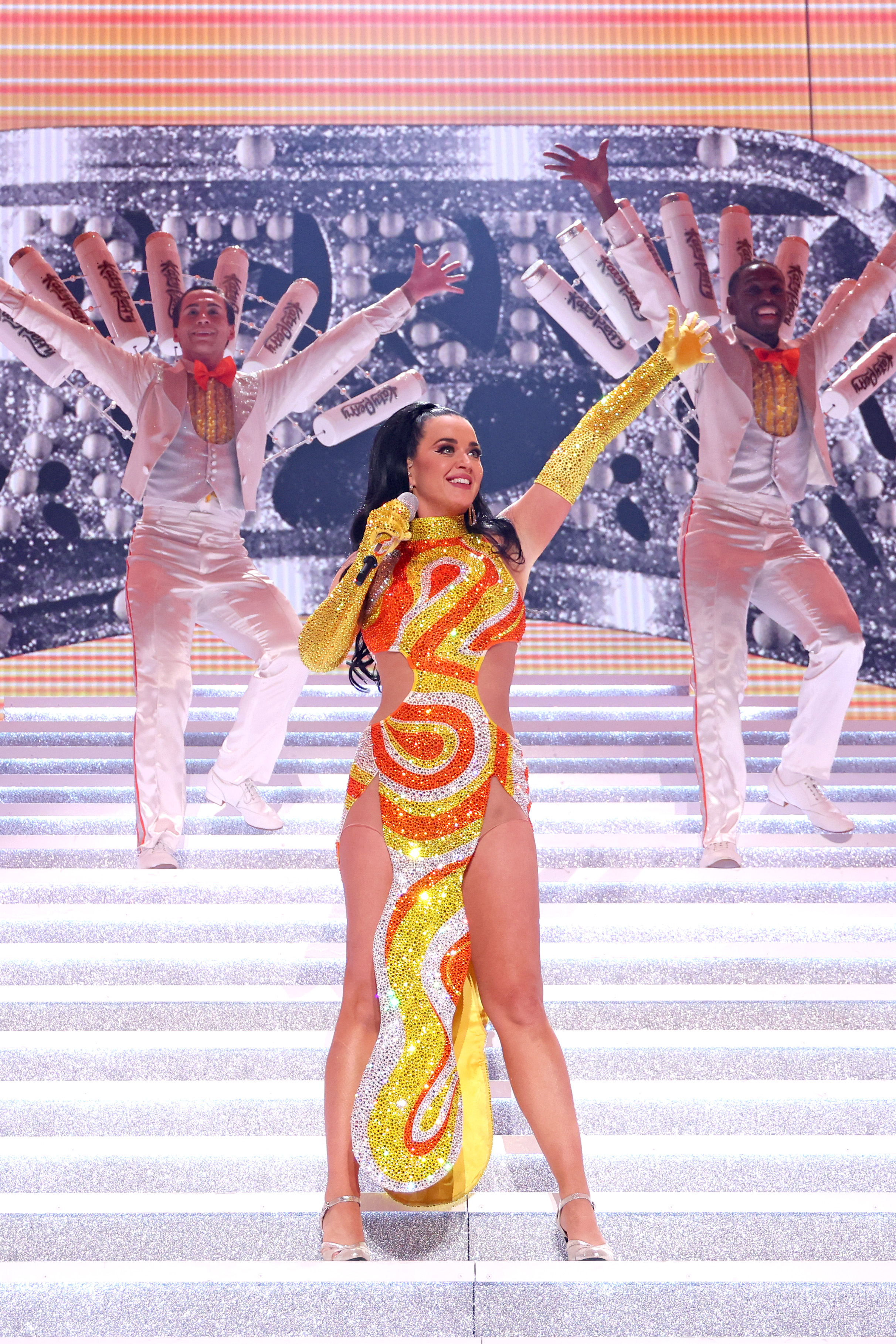 Wujek has brought many of Perry’s whimsical wardrobe moments to life, most recently including her hand sanitizer and vaccine costumes. 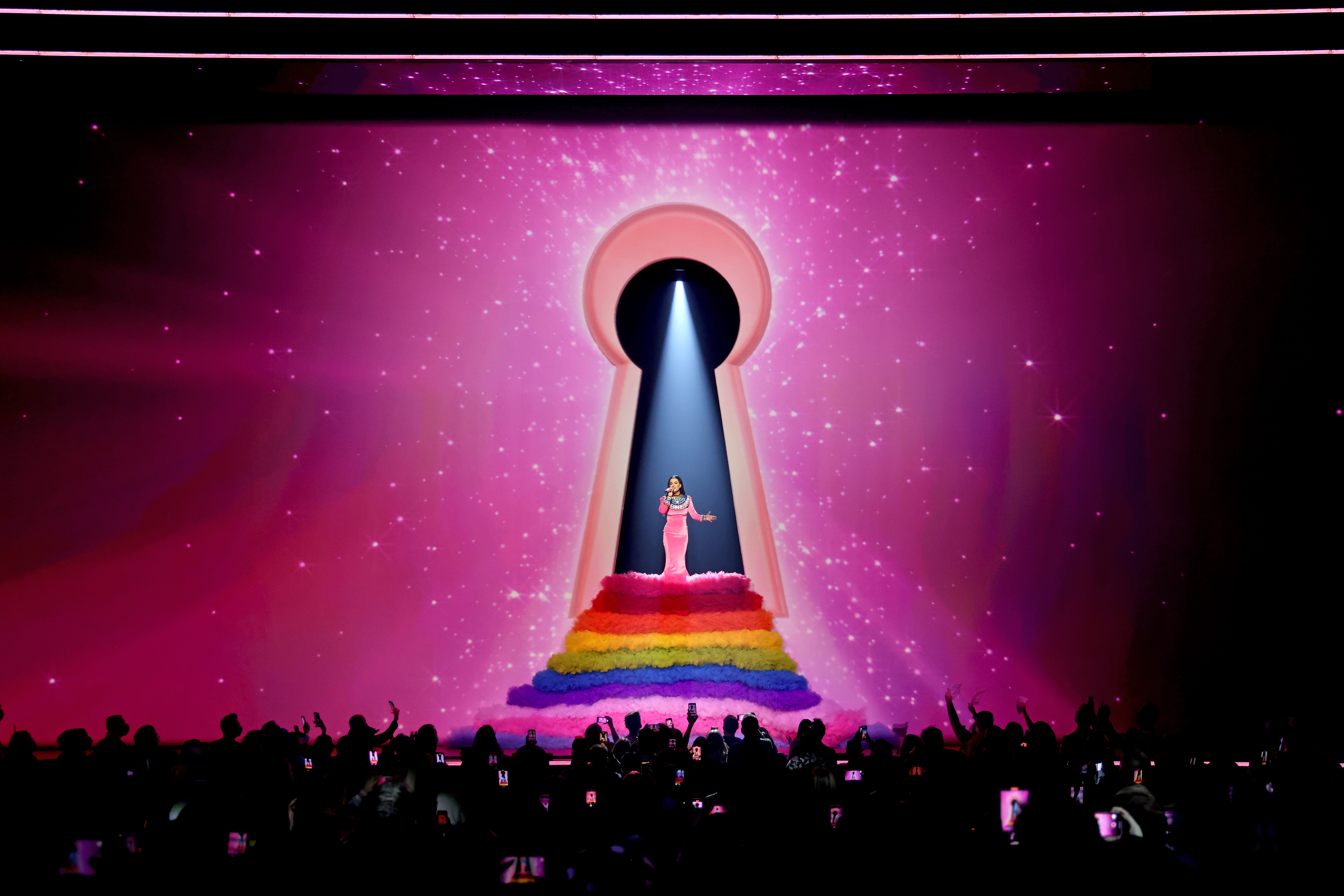 One thing’s for sure: Her Vegas show may be 95 minutes long, but Perry’s adventurous sense of style is “Never Really Over.”