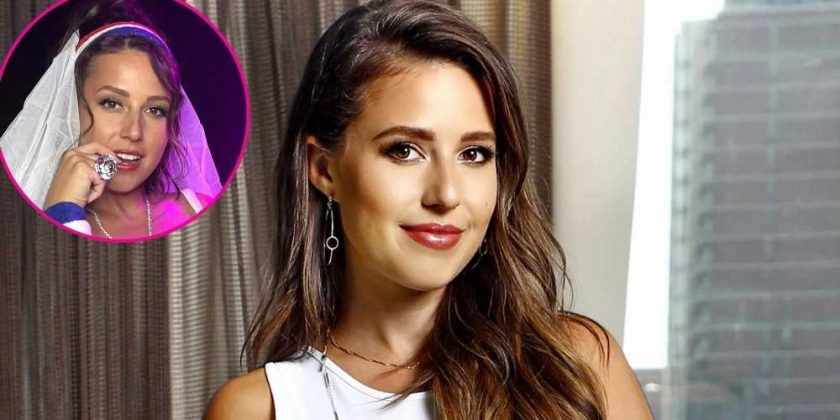 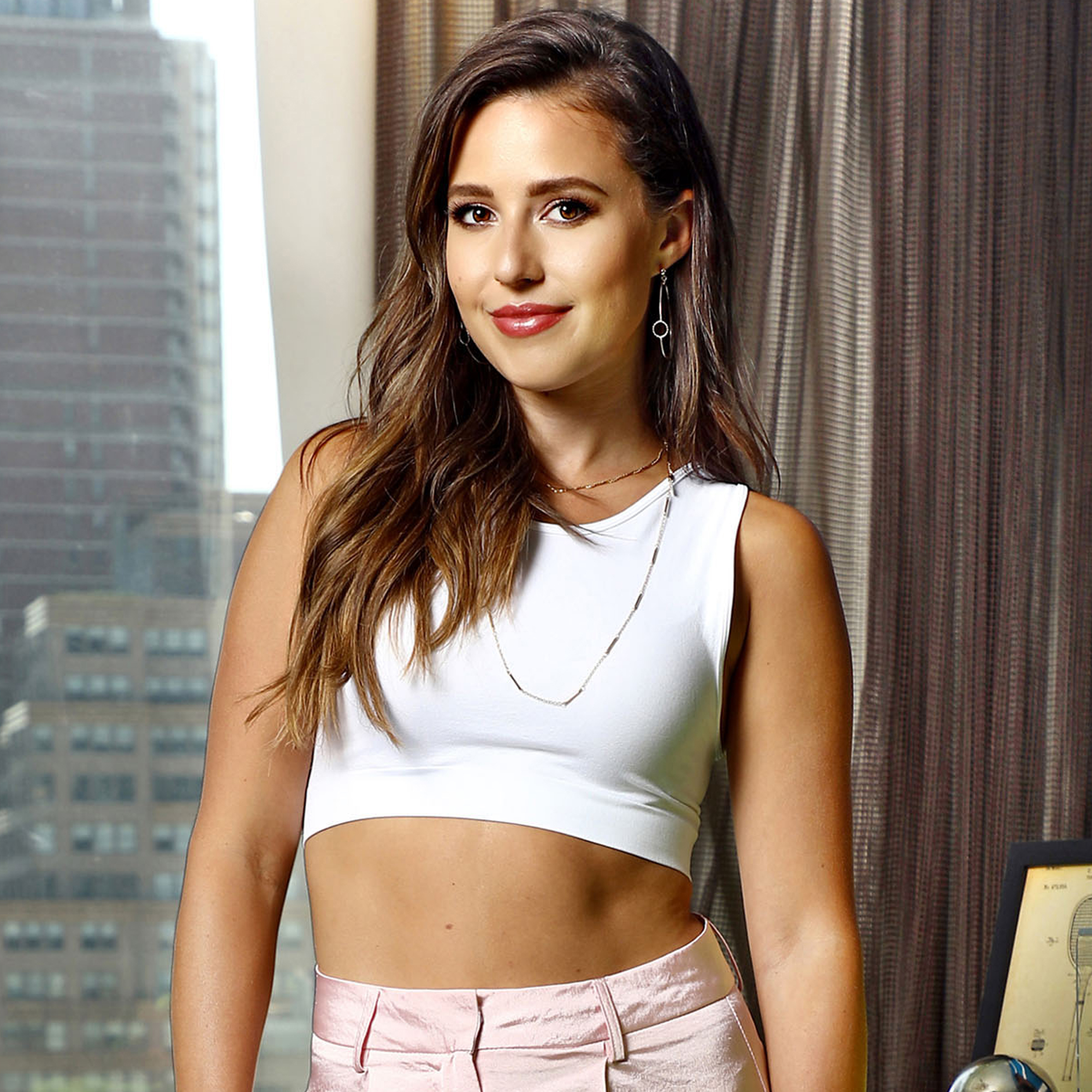 Nearly four months after Katie Thurston and John Hersey announced their split, the former Bachelorette is poking fun at her relationship status on Halloween.

“Why I’m still #single,” Thurston, 31, captioned a Saturday, October 29, Instagram video of her All Hallow’s Eve costume, in which she dressed up as a runaway bride.

Taking inspiration from Julia Roberts’ 1999 movie of the same name, the Washington native donned a pearl-encrusted white bustier dress, a coordinating veil in her hair and a giant fake diamond ring to look the part of a bride. Thurston completed her ‘fit with a pair of red, white, and blue athletic wrist and headbands to represent the running away aspect of her getup. 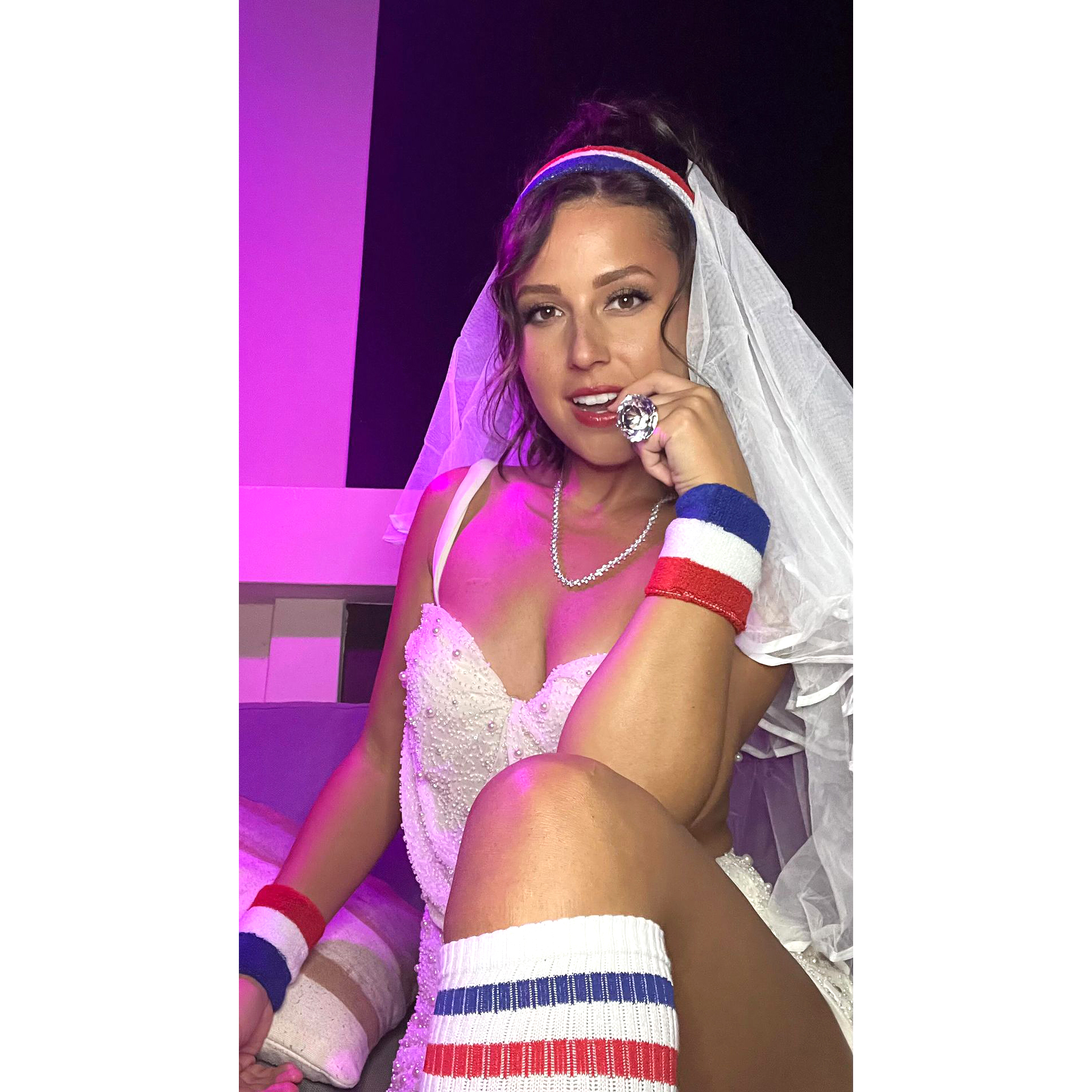 In the Bachelor season 25 alum’s social media footage, she also sang along to Taylor Swift’s “Anti-Hero” single that dropped earlier this month. “It’s me, hi, I’m the problem, it’s me,” Thurston lip-synced in her Saturday video.

The former bank marketing manager and Hersey, 28, called it quits in June after several months of dating.

“I love being able to share special moments with you all — the funny ones. The happy ones. The outrageous, embarrassing, and heartfelt ones. But I don’t know if it will ever get easier to share the sad ones. As Katie stated earlier, we are no longer dating,” the bartender wrote in a breakup statement, hours after his former partner had done the same. “This decision was not made lightly, and it was obviously not an easy one to make.”

Thurston, for her part, later revealed that she was “dumped” by her former beau. “Technically, we actually broke up twice. The first time no one knew about [and] like a week or two [later], we kind of worked through it and decided to get back together, so I thought we were golden,” she said during an August appearance on the “Off the Vine” podcast. “I think [the second time] was just unavoidable. Like, we just got [into] a conversation and at one point, I just said to him, ‘I know more reasons why you don’t like me than why you love me,’ and that’s a really s—ty feeling.”

Bachelor Nation Couples Who Have Split in 2022

Prior to exploring a romantic connection, Hersey and Thurston were platonic pals after she sent him home during the second week of her Bachelorette season. The California resident went on to accept a proposal from Blake Moynes before their October 2021 split.

“We were together for six months [and] Blake and I are very level-headed and mature, and we communicate very well on our thoughts, and we just both knew if this was how our first six months was as a couple, going forward it was going to not be in our best interest for our happiness to stay together,” the social media influencer admitted during an Instagram Live session shortly after the pair’s breakup. “Obviously, a public relationship ending is a really sh—ty thing to have to navigate, but you guys have been very kind and supportive and I wanted to say thank you for being that way to me and to Blake. I think a lot of people hold too much weight to things that don’t matter. I’m a big believer in, like, your happiness. Your happiness is the most important thing and that being said, why would you not pursue that?”