While Kate Moss mixed with princesses and fashion darlings at London’s Royal Academy of Arts last week — celebrating the launch of a book by Fendi designer Kim Jones and Moss’ photographer boyfriend, Count Nikolai von Bismarck — her half-sister, Lottie, is in rehab in Arizona.

There, Lottie has been keeping herself amused by posting pictures of her mostly naked form and joking about drugs on social media.

“I’ve got a really bad addiction to coke,” she mouths someone else’s words in a TikTok video that features the caption: “When people ask why I’m in rehab.”

In a previous post, which appeared to be deliberately misspelled to avoid TikTok censors, she wrote: “When everyone’s glamorising drooog taking but you’re literally in r3h4b.”

Dancing to the theme from “Euphoria,” the HBO drama about drugged-up teens,” she added, “I think I took euphoria too literally u guys.” 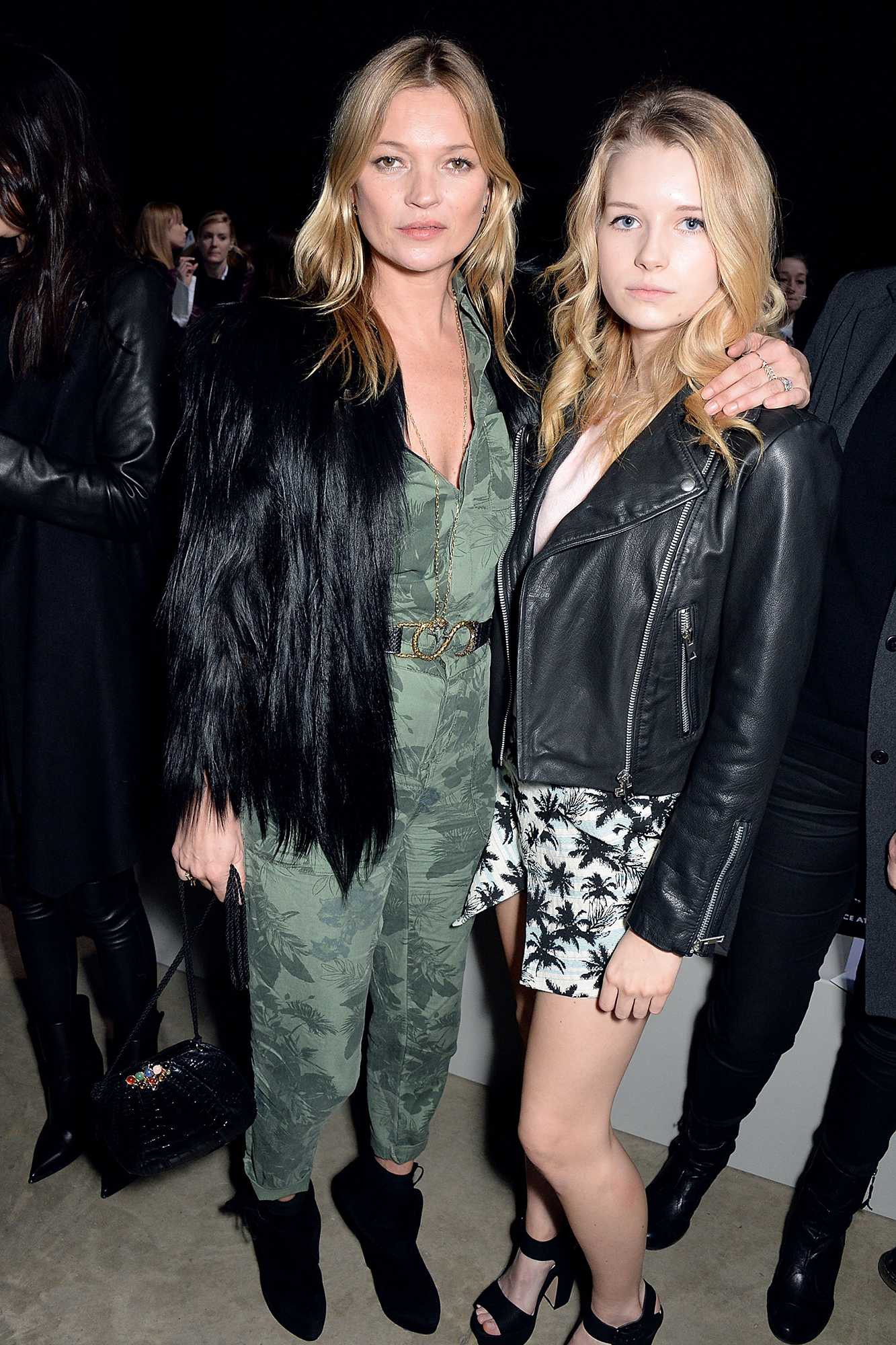 At 24, Lottie is as wild as Kate ever was. And we’re talking about the woman once dubbed “Cocaine Kate” (after 2005 pictures showed her with lines of the drug) and “The Tank” (for the amount of vodka she could put away).

Nonetheless, a family source told The Post that Kate, 48, has “fallen in and out of sympathy” for Lottie. “There have been times when Kate has felt straight-up mortified. She has had her head in her hands about Lottie and what she is doing with her career.”

While Kate, who is now mostly retired from modeling, has her own Kate Moss Agency boasting the catwalk stars of tomorrow, the roster doesn’t include her own sister.

Kate’s 19-year-old daughter, Lila, a successful model who is signed with her mom’s agency, has an even more difficult relationship with the family’s new black sheep. 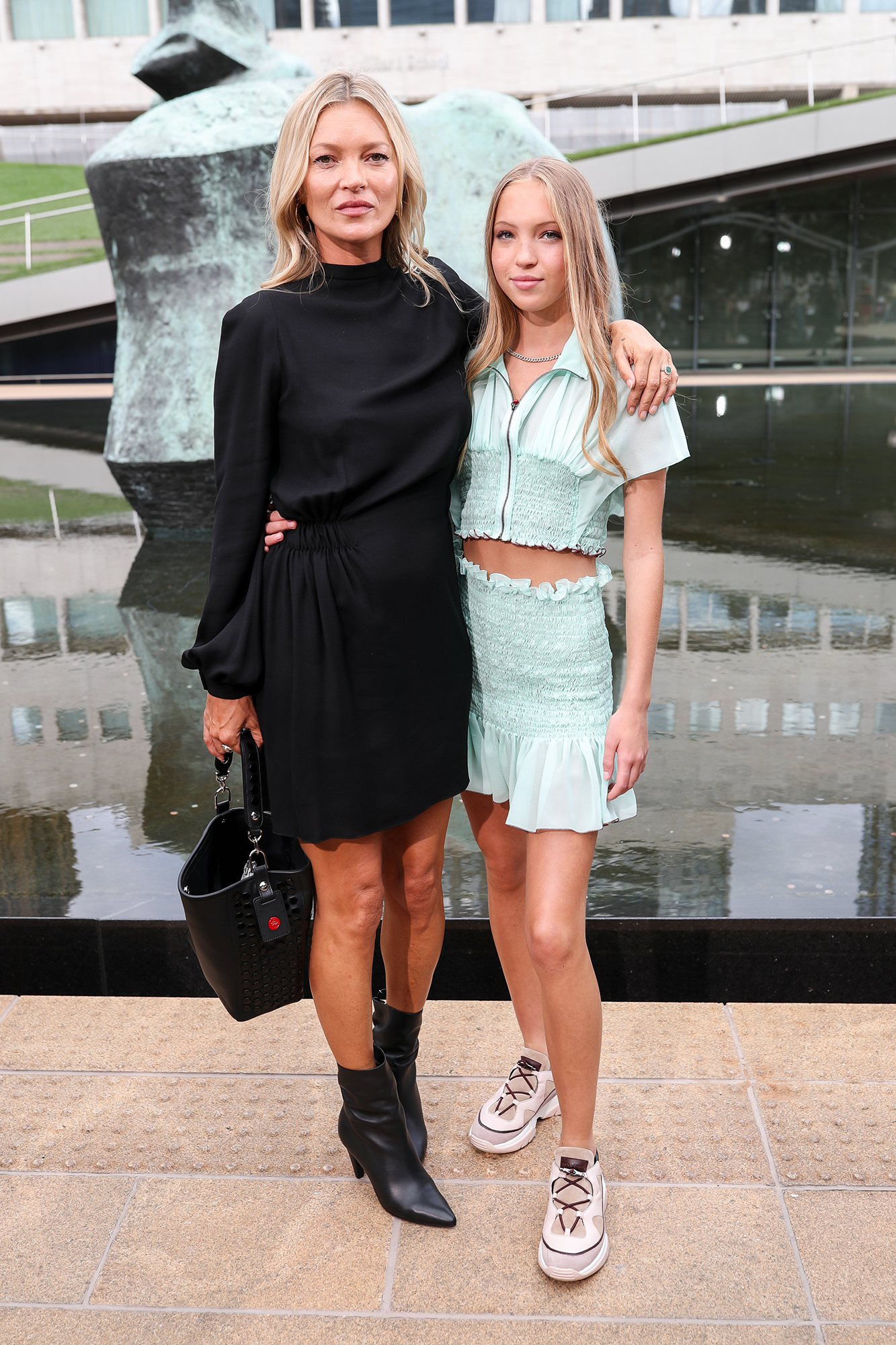 “Lottie had been in Los Angeles, running with a fast crowd, and Lila was not into it at all. She is disdainful of Lottie. Another time Lottie dyed her hair pink with Lila’s help, and Lila refused to be in a single picture on Instagram with her.”

Perhaps Lila doesn’t want to jeopardize her own burgeoning modeling career, as she is the new face of Fendi and has also modeled for Marc Jacobs.

Meanwhile, having started out with fashion features in Vogue, Lottie has now progressed to the lowest reaches of the modeling world. 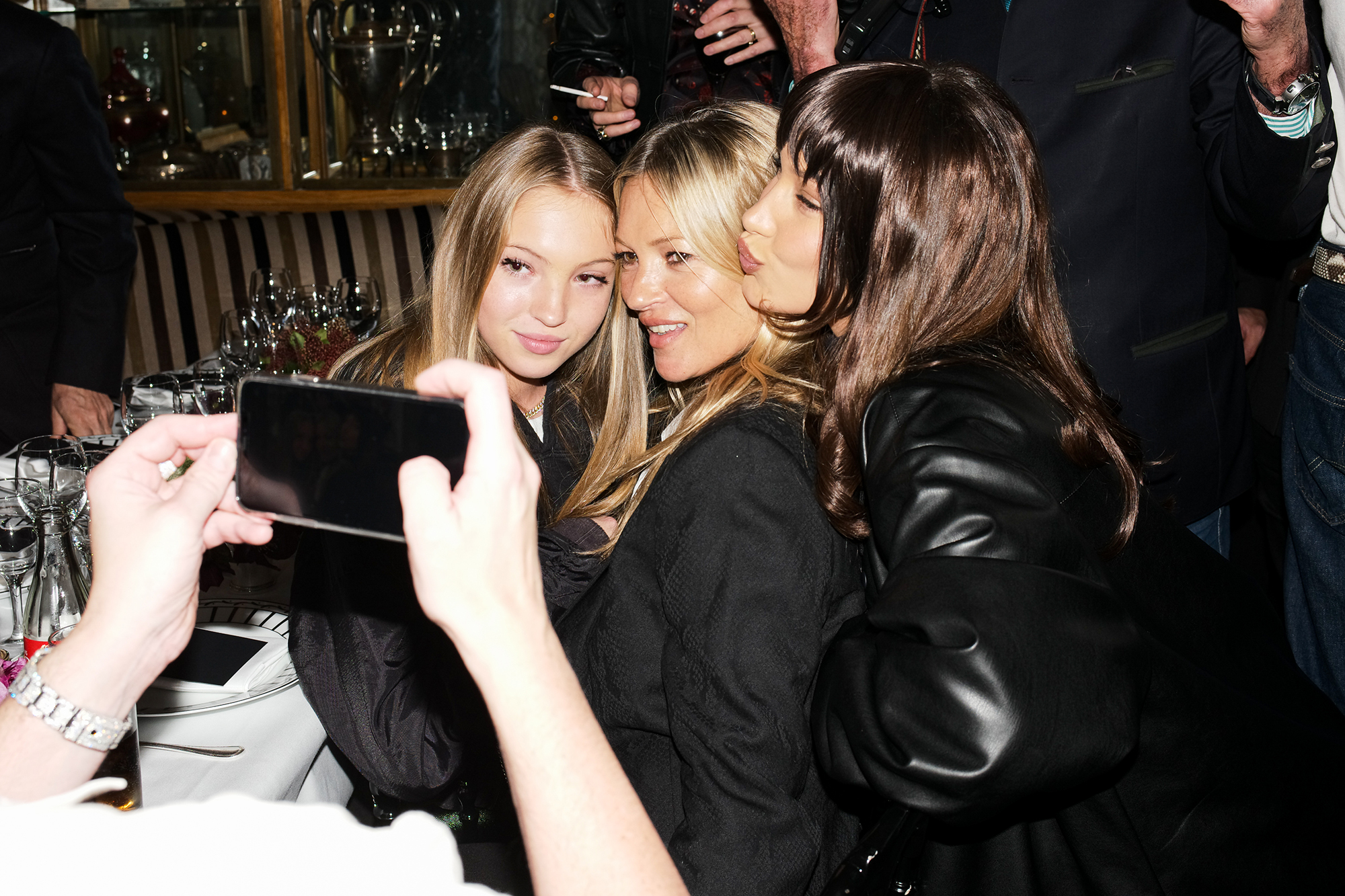 She began posting naked snaps on the subscription website Glow in 2021 and is now a stalwart of OnlyFans — even selling her underwear — much to the dismay of her sibling.

“Kate had been quite annoyed by the Glow stuff and they [kept each other] at an arm’s length. But then lockdown happened, and Kate felt sorry for Lottie and tried to take her in and take care of her,” said the family source. “Kate is really close to her dad [Peter, also Lottie’s father] and wanted to help, so she invited Lottie to stay. They got on well for a time but had some massive argument.

“Kate was frustrated because Lottie kept on wanting to drink and posting sexually provocative stuff on Insta all the time. It isn’t easy for Kate to be around people who are drinking, and she definitely won’t be around anyone who is using cocaine.”

The supermodel is four years sober after decades of being the wildest woman on the fashion scene. In the mid-aughts, she dated London’s most notorious addict, pop star Pete Doherty; now she makes her own marmalade and favors early nights. 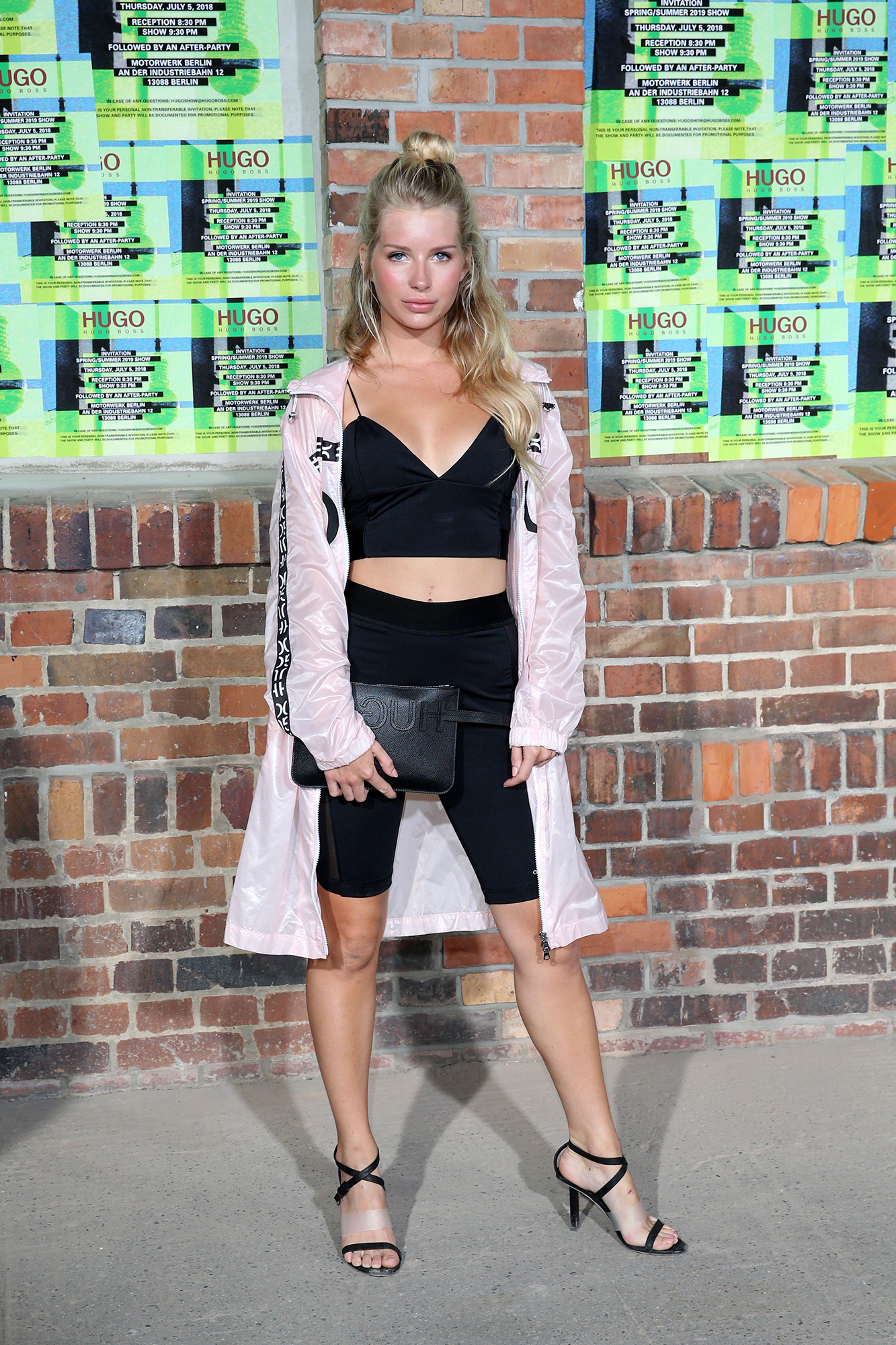 Indeed, Kate’s dropped a lot of her old party-loving crowd, including singer Rita Ora and Mick Jones of the Clash, and instead socializes with a new crew of sober friends like the DJ Fat Tony.

An insider claimed that when Lottie finally departed Kate’s country house “in a foul mood,” she left behind two bottles of her sister’s old favorite wine — which the insider interpreted as a “f–k you” gesture.

Lottie is the daughter of Kate’s father, travel agent Peter Moss and his second wife, Inger Solnordal. She was raised in the town of Haywards Heath, 35 miles south of London, where the family keeps a shop selling vintage clothes, jewelry, housewares and food. 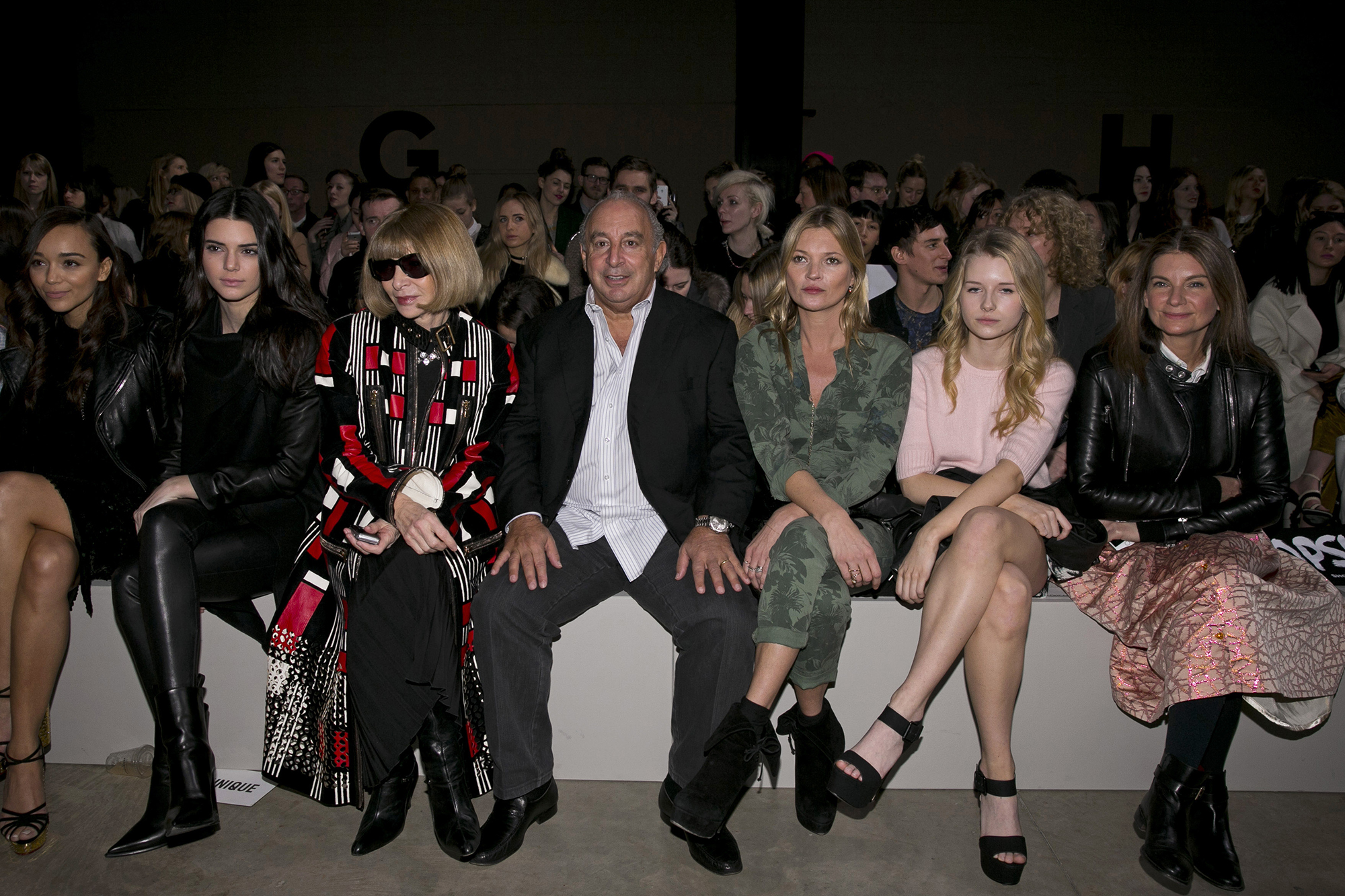 The fashion world took notice of Lottie after she was a bridesmaid at Kate’s 2011 wedding to The Kills musician Jamie Hince. As Lottie later recalled: “It was so funny. My mum was like, ‘Your sister is going to be so pissed.’ No one noticed her, everyone was like, ‘Who’s that?’ I had a meeting with Storm [Model Management] the next week. They were like, ‘Where have you been hiding?’”

Lottie’s first photoshoot was published in Teen Vogue, and she had her first full story in Dazed & Confused, the magazine co-founded by Kate’s ex and the father of Lila, Jefferson Hack.

Lottie then landed her first ad campaign, for Calvin Klein — the same brand that launched Kate into supermodel stardom in the 1990s with what has been dubbed “heroin chic.” 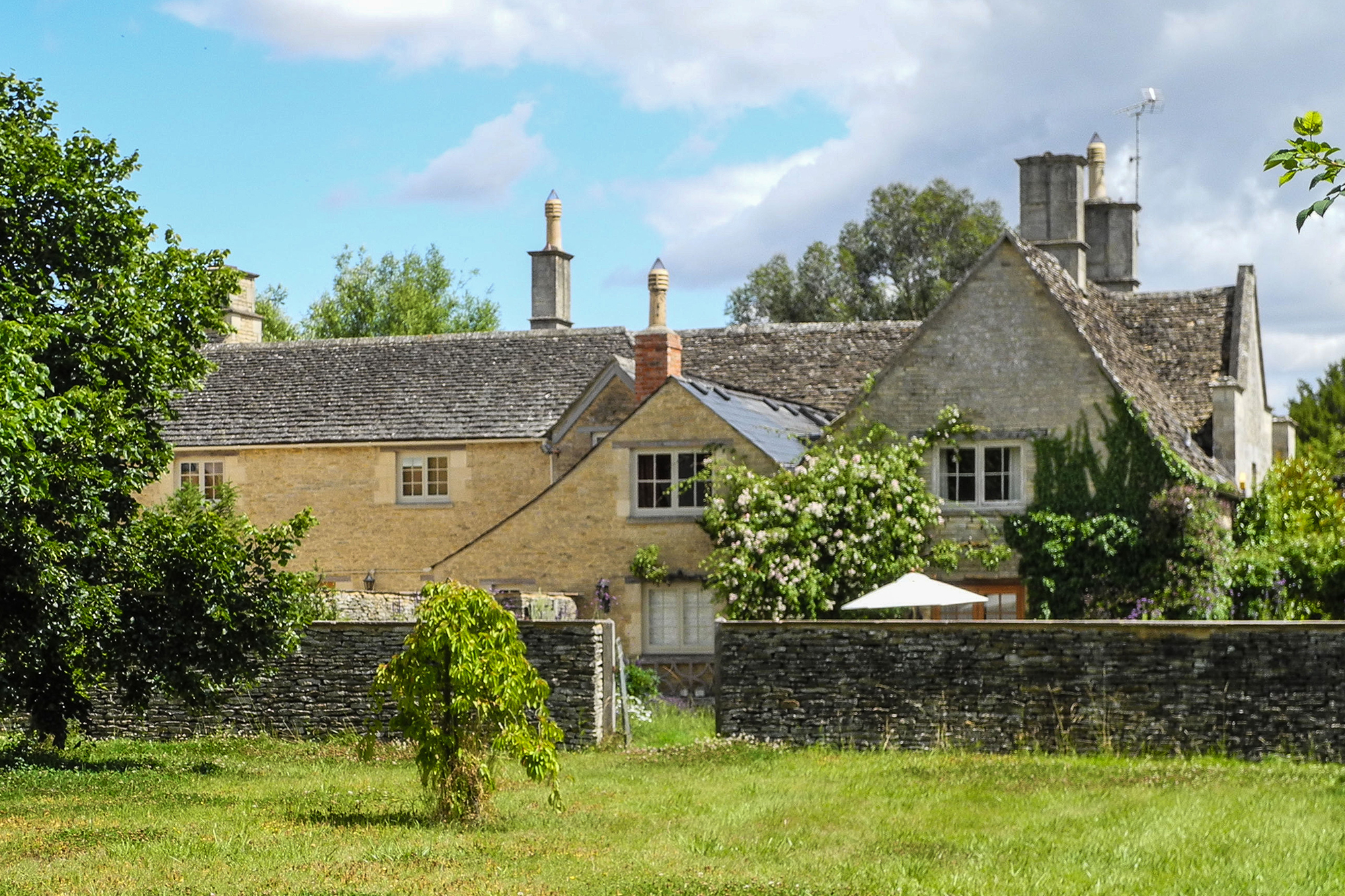 Still, said the family source: “It is a huge burden to be the sister of or daughter of Kate Moss. Both [Lottie and Lila] are just pretty girls, nothing much more, but have gone a long way on the association.’

The first few years of Lottie’s career were very blue-chip, with campaigns for Bulgari and Valentino. But that faded away as she began to develop a reputation for partying.

On one pre-pandemic night out at the chic Chiltern Firehouse hotel in London, she lost her Louis Vuitton bag because she was so busy making out with an admirer. There was a fling with Brooklyn Beckham — whose parents were not amused — and another with Machine Gun Kelly, before he got together with Megan Fox. 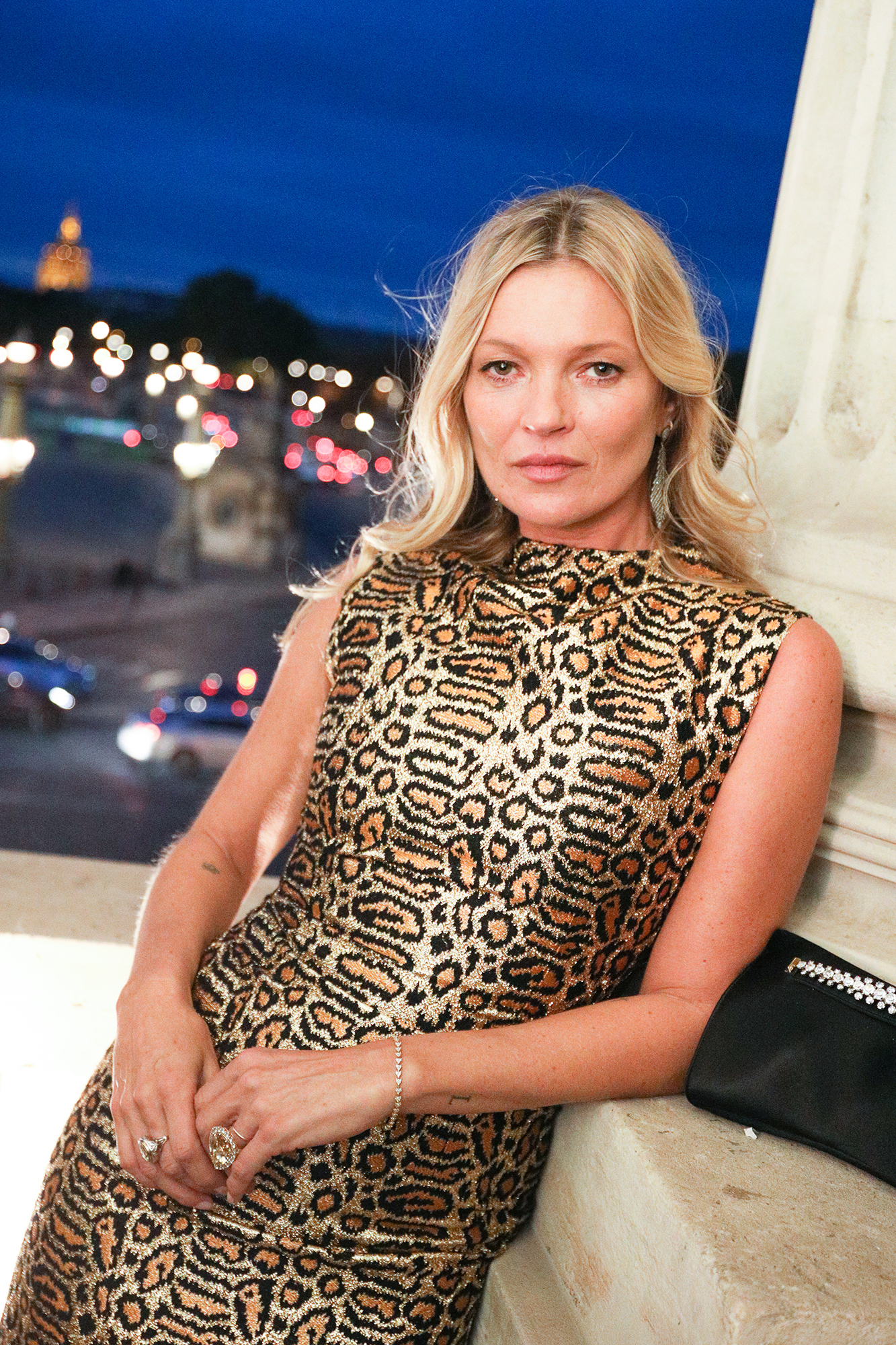 Earlier this year, however, Lottie appeared online in tears after a friend betrayed her by posting her naked pictures and phone number online.

Lottie had admitted she has struggled living in her big sister’s shadow. “It’s hard when your sister is Kate Moss and being compared to her,” she told the Private Parts podcast. “I had a great time modeling but everything was handed to me. I never felt like I worked for anything.’

Said Lottie’s friend: “She is a sweet girl but she is lost in it all. We think she only takes drugs so that she’s got more confidence. Her real problem is the need for approval and attention — and she won’t get better until she finds some self-esteem.”