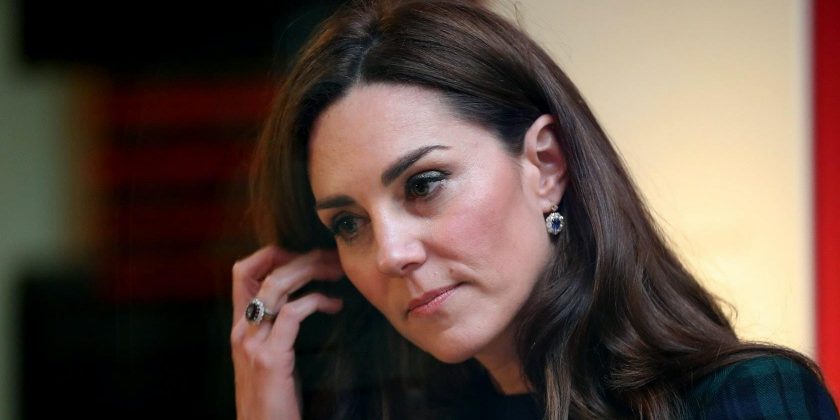 The Duchess of Cambridge is now a patron of the Maternal Mental Health Alliance. But how will it change the landscape of women’s healthcare?

The Duchess of Cambridge has highlighted the need forall women across the UK who experience mental health problems before, during and after pregnancy to get the care and support their families need, as part of Maternal Mental Health Awareness Week which ends on Sunday.

In a video message to mark her new role as patron of the Maternal Mental Health Alliance (MMHA), Kate Middleton said mothers should be given the “right support at the right time” and urged society to play its part, imploring everyone to help “all those who are raising children today”.

“No one is immune to experiencing anxiety and depression during this time,” the Duchess continued. “It is crucial, therefore, that all those who might be struggling are given the right support at the right time, so that they’re able to share these feelings without fear of judgment and can access the information, care and support they need to recover.”

Government statistics suggest perinatal mental health problems affect between 10 to 20% of women during pregnancy and the first year after having a baby, and suicide remains one of the leading causes of maternal death in the UK within a year after childbirth.

According to the MMHA, one in five women develop a mental health problem during pregnancy or within the early years after having a baby.

It also says the pandemic has increased the risk of new and expectant mums developing a mental health problem, which if untreated can have a devastating impact.

Kate Middleton, The Duchess of Cambridge, with her three children

The lack of support, information and care Kate described is indeed a very traumatic reality for women across the UK, who “suffer in silence” during the lonely and overwhelming early years of parenthood.

Last month, the Shrewsbury maternity scandal – which found that the deaths of 201 babies and nine mothers could have been prevented if the trust had provided better care – highlighted that only 1% of maternity services are rated outstanding in England.

Many on social media pointed out the strong parallels between Kate’s speech, and the emotional strain Meghan Markle described during her first pregnancy.

During her landmark interview with Oprah Winfrey, Meghan revealed that she had experienced suicidal thoughts, saying: “I was ashamed to say it at the time and ashamed to have to admit it to Harry because of how much loss he suffered. But I knew that if I didn’t say it I would do it because I just didn’t want to be alive anymore.”

Meghan also claimed that palace aides prevented her from seeking medical mental health intervention because of possible damage to the Royal Family’s reputation. She said: “I went to one of the most senior people to get help…I was told I couldn’t because it wouldn’t be good for the institution.”

Meghan Markle, the Duchess of Sussex, admitted to struggling with her mental health and suicidal thoughts during pregnancy

Kate’s appointment comes at a time where continued attacks on reproductive health have been brought to the forefront of our collective consciousness.

Earlier this week, a leaked Supreme Court document stating that the US’s landmark abortion legislation, Roe v. Wade – which protects a woman’s right to have an abortion through the first trimester of pregnancy – was going to be be overturned.

And things aren’t much better for women later in life. A report published the Fawcett Society on 6 May highlighted that menopausal women in Britain are being ignored in the workplace and by healthcare providers, with a third of those surveyed saying it took multiple GP appointments before they were diagnosed with menopause or perimenopause.

So if we know that perinatal mental health is such a pervasive issue, why is maternity care in the UK, and women’s healthcare in general, still in such a woeful state?

The MMHA, which was founded in 2011, admits that while there has been “much-needed progress in the provision of specialist perinatal mental health services across the UK,” there is still work to be done to ensure this is a reality for every mum, baby, and family.

In 2021, the Royal College of Midwives (RCM) warned of a mass exodus of midwives from maternity care, finding that 67% were not satisfied with the quality of care they were able to deliver due to understaffing.

“Without adequate numbers of staff, we are fighting a losing battle,” Gill Walton, RCM’s general secretary said in a press release last October. “Quite rightly, there is a strong focus on improving maternity safety, but there is a risk that the government is ignoring the essential ingredient to that: having the right staff, in the right place.”

Following the Shrewsbury scandal, Maria Caulfield, minister for patient safety and primary care, said services had improved since the report first published in 2020 and spoke about the commitment to improve care, including increasing the availability of specialist perinatal mental health community care for women who need ongoing support from 12 months after birth to 24 months.

But even with as high profile an endorsement as the Duchess of Cambridge, will the damning landscape of perinatal health – and women’s health overall– ever truly be taken seriously?