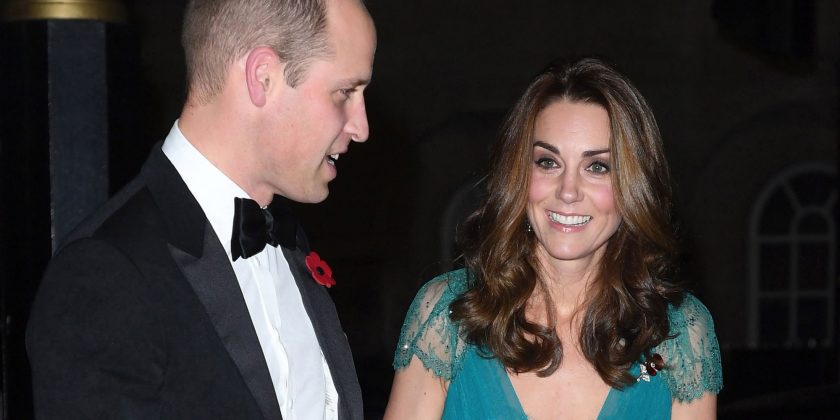 Now that Kate Middleton is back in the public eye after giving birth to Prince Louis, she’s revisiting some of her favorite fashionable looks.

The Duchess of Cambridge, 36, arrived at the Tusk Conservation Awards in London on Thursday with Prince William. In a rare move, the two walked the red carpet together — and it didn’t take fans long to notice that Middleton was wearing a teal gown by Jenny Packham that she previously wore in 2012.

The design features a sheer lace back, cap sleeves and a Swarovski crystal belt. Originally designed as a wedding gown that Packham dyed blue for Middleton, the gown originally retailed for more than $5,000.

One year after her royal wedding to Prince William, Middleton chose the gown for the Our Greatest Team Rises gala dinner. She accessorized with a matching teal clutch, which she carried again in 2018.

The lone difference between the two looks — besides six years and three children — is that the duchess wore her hair down for the Conservation Awards.

This isn’t the first item Middleton has pulled a favorite piece back out of her closet: She also recently re-wore a pair of 14-year-old boots, which she’s sported no fewer than four times in the past.