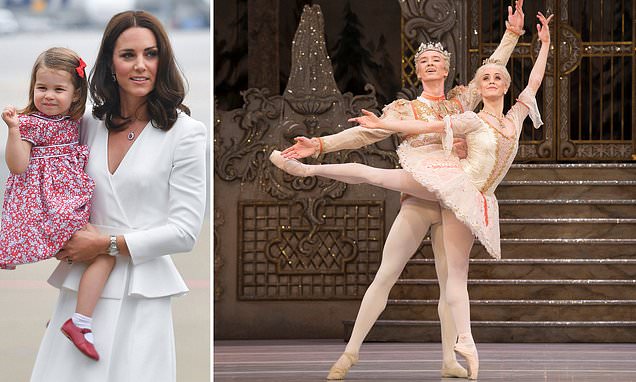 Kate’s secret girls’ day out with Charlotte revealed: Duchess took her daughter, three, to watch a rehearsal of The Nutcracker at the Royal Opera House ahead of opening night this week

The Duchess of Cambridge took Princess Charlotte for a mother-daughter trip to the ballet, it has been revealed.

Kate, 36, brought her three-year-old daughter along to watch a rehearsal of the Royal Ballet’s production of The Nutcracker at the Royal Opera House, in London, last week ahead of its opening night on Monday.

Social media photos emerged showing the royal mother and daughter in the auditorium following the performance. 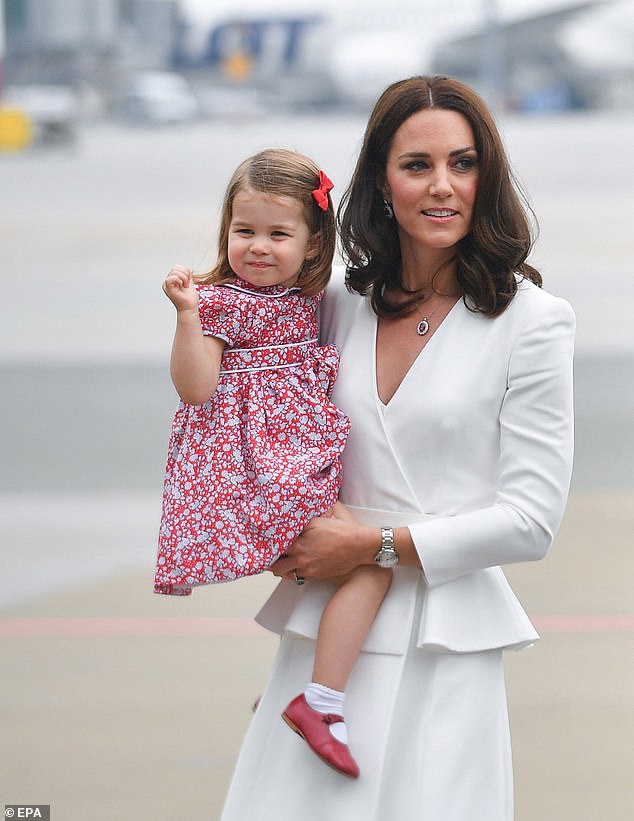 Mummy daughter time! Kate, 36, brought her three-year-old daughter Charlotte along to watch a rehearsal of the Royal Ballet’s production of The Nutcracker at the Royal Opera House, in London, last week. Pictured, the duchess with Charlotte in Poland in July 2017 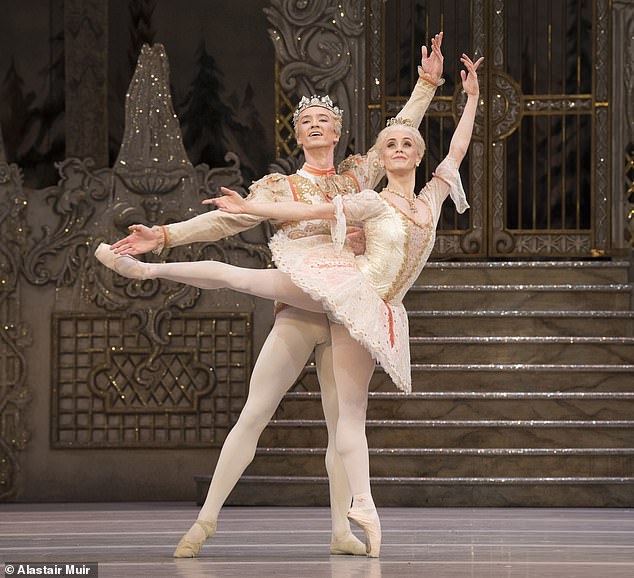 Festive favourite: Dancers from the Royal Ballet on stage at the Royal Opera House

Ballet fan Kate, who also watched The Nutcracker last year, looked perfectly polished in a fitted black turtleneck and what appeared to be a midi grey tartan skirt.

Meanwhile Charlotte was dressed in a pretty white dress with delicate puff sleeves.

It is not known what day the mother and daughter visited the theatre. The visit was not announced ahead of time, making it likely that the pair attended in a private capacity.

Charlotte is understood to take after her grandmother Princess Diana, who was fond of ballet and dance in general.

Prince George, five, is also believed to take ballet lessons as part of the curriculum at his school, Thomas’s Battersea. 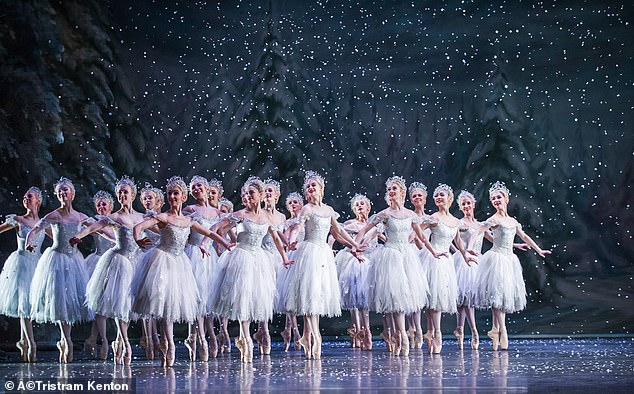 Breathtaking: A scene from The Nutcracker by the Royal Ballet, which opened at the Royal Opera House on Monday 3 December and will run until 15 January 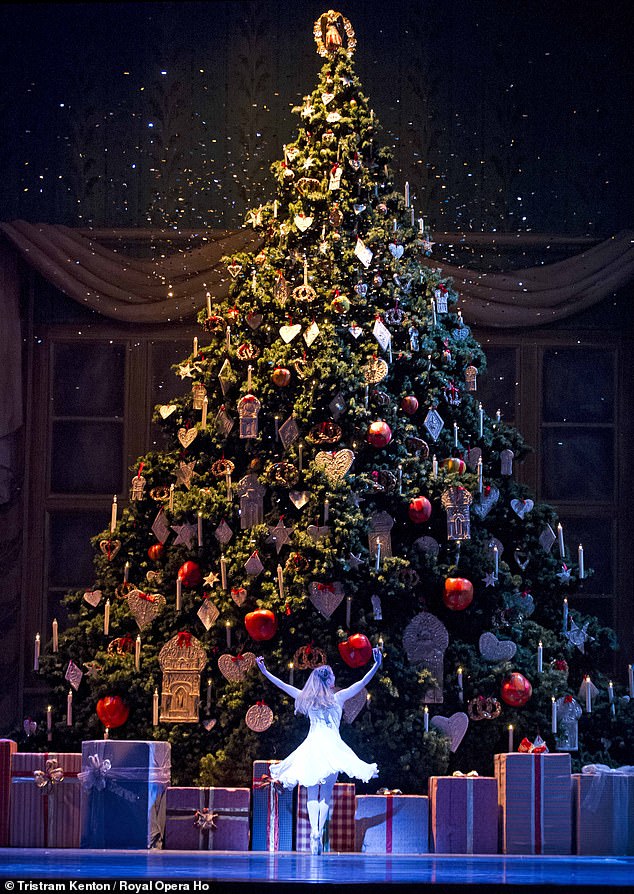 Family fun: Kate and Charlotte watched a rehearsal of the show ahead of its opening night

The Nutcracker opened to great acclaim at the Royal Opera House on Monday night. The show, billed as ‘fun for the whole family’, will run until 15 January.

The Duchess of Cambridge is known to be a fan of the show and last year made a surprise appearance at an evening performance.

Then pregnant with Prince Louis, Kate spent time chatting to dancers after the show.

Meaghan Hinkis, a soloist with The Royal Ballet, shared a photo on her Instagram account following their special visit. 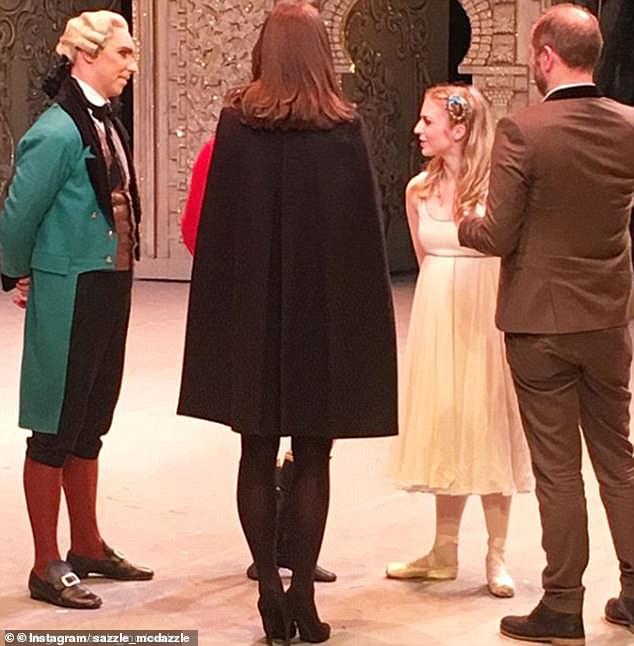 Royal fan: Last year Kate made a surprise appearance at an evening performance of The Nutcracker. She was photographed as she spoke to dancers on stage following the show 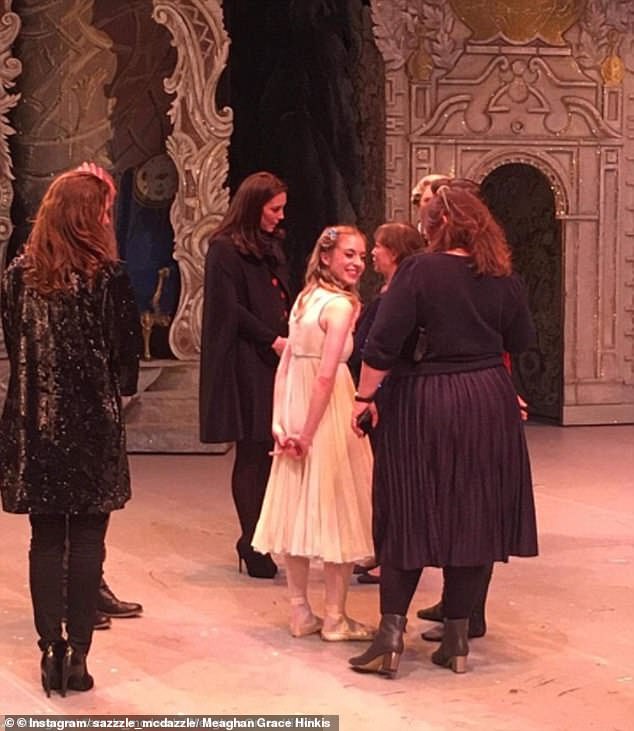 Artistic flair: The Duchess of Cambridge on stage after watching The Nutcracker last year

Captioning the snap she wrote: ‘To say I was excited to meet the Duchess, is a colossal understatement.’

This season of The Nutcracker kicked off on Monday and will run until the 15 January.

Lesley Manville Talks Playing Princess Margaret In ‘The Crown’: “She Was So Avant-Garde. So Naughty, Delightful & Funny.”