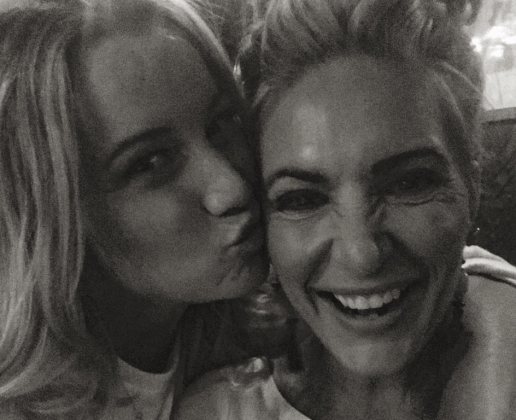 Both chief stew Kate Chastain from Below Deck and chief stew Hannah Ferrier from Below Deck Mediterranean deal with some of the same challenges. They have to manage some crazy guest requests, find super creative ways to make the charter fun, plus they have staffing issues.

Chastain and Ferrier both seem to have drama with the interior team every single season. Whether it is the second or third stew, both chiefs are often butting heads with someone. Recently Chastain appeared on Watch What Happens Live where host Andy Cohen asked Chastain about Ferrier’s season on Below Deck Med. And while both chiefs didn’t share every single challenge, there was one thing Chastain says every chief stew has to manage on charter.

This is where they differ

Thus far, Chastain has yet to have an on-ship romance. Although she dated someone who made a brief appearance. Ferrier, on the other hand, hooked up with bosun Conrad Empson on season three. And that didn’t end well. Chastain told Cohen it wasn’t out of the question for an on-ship romance. But with a 23-year old? Probably not, she added.

But they both deal with this (a lot)

In just about every season, both Chastain and Ferrier have had either a second or third stew tell them they basically suck at their job. “Every second stew, every third stew says that to the chief stew,” Chastain explains to Cohen. “Because they haven’t been a chief stew, so they really don’t know what you are doing.”

Ferrier tweeted about this issue following an episode of Below Deck. “I loooooove when third stews try and ‘teach’ their Chief Stew lessons. Nothing better. Seriously. We take ALL our advice off you guys.”

In all three seasons of Below Deck Med, Ferrier was told she was slacking by lower-ranking stews. But especially season two and three where second stews, Christine “Bugsy” Drake and Brooke Laughton both said Ferrier left them to pick up the slack more than once. And in every season of Below Deck, Chastain’s third stew always felt like odd man out.

This third stew turned it up to blast

While both chiefs seem to anticipate pushback from lower ranking stews, Chastain didn’t seem to have been ready for this latest response. New third stew, Laura Betancourt seemed to be unhappy with Chastain’s attitude. So she promptly told her to chill out and also to “check herself.”

Although Betancourt’s comments were directed toward how Chastain treated her and not her work ethic, this was a first in Below Deck history. Of course, following the episode, higher ranking crew members slammed Betancourt. Captain Lee Rosbach seemed dismayed at how Betancourt could have even gone there, especially after Betancourt claimed to have been a chief stew on another vessel. “So Laura, to say that I am not impressed with your behavior or performance would be an understatement,” Rosbach blogged. “You are a 3rd stew. You do not get the right to criticize at all. Do your assigned jobs and tasks, and head down and mouth shut.”

Also, Ferrier showed her support (and applauded Chastain’s restraint) on Twitter. “I’ll say it… @Kate_Chastain has a LOT more patience then I ever will.”