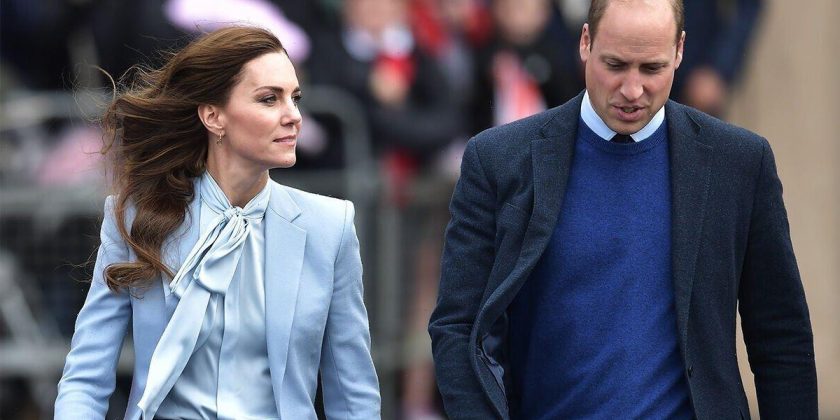 Since the Queen died on September 8, Prince William and his wife Kate, Princess of Wales have made several joint and solo appearances publicly. As the new Prince and Princess of Wales, Kate and William have stopped off in Wales and Northern Ireland in recent weeks to speak to members of the public and visit worthwhile causes.

Kate and William’s trip to Wales marked their first with new royal titles, and they visited a RNLI Lifeboat Station to talk to volunteers.

Touchingly, after their engagement was announced in 2010, the couple made one of their first joint visits to Wales in February 2011.

In comparison to their behaviour at earlier engagements, behavioural expert Darren Stanton explained on behalf of Betfair Bingo how Kate is now much more comfortable taking her own initiative as an established member of the Royal Family.

He said: “Although Kate has always had a certain degree of personal confidence, she was often seen turning to William for reassurance during their early years as a royal.

“We saw her holding William’s arm a lot more, which is a comfort gesture that people tend to do when they feel a little uneasy or unnerved.

“We also didn’t see her engage with others as much as she does now, like most people that are in a new job or role.

“I think she was very much carving out her own style of how she wanted to be with members of the public in being William’s wife.”

In a positive way, it also appears that the Prince and Princess of Wales are “no longer joined at the hip” too.

“Judging by her recent body language and eye contact, she is much more at ease when talking to members of the public.

“It’s very rare that she will hang on to William’s arm when attending various events.

“In fact, it’s quite common for Kate to stride ahead of William and speak to people on her own, whilst William speaks to other officials.

“They are no longer joined at the hip as perhaps the perception might’ve shown a decade ago.”

Kate has also proven she dazzles in her own right when attending engagements solo, much like she did at a Surrey hospital last week.

Despite their confidence as royal individuals, the public is becoming more accustomed to Kate and William’s increasing public displays of affection.

While the pair are not always holding hands, they are known to share the occasional kiss or hug at low-key engagements.

The body language expert explained: “Another major development in the couple’s body language is public displays of affection and their ability to openly interact with each other.

“We now see the couple engage where appropriate, even kissing each other at certain events.

“This is something that they may have steered clear of during their earlier engagements, despite being newly married.”

With their busy schedule of engagements in recent weeks, Kate and William have proven that they are just as dedicated to supporting the new King as they were to the late Queen Elizabeth II.