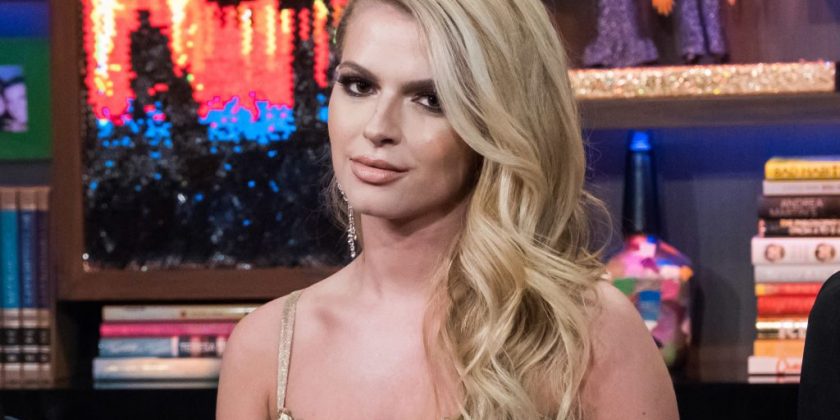 Anyone who has ever experienced motion sickness will likely empathize with Kasey Cohen from Below Deck Mediterranean.

The third stew was plagued with horrific seasickness from the beginning, but she continued to work while constantly vomiting. Cohen told Showbiz Cheat Sheet she comes from a yachting background so when she suddenly found herself feeling completely green, she was taken aback.

“I’ve grown up on the water all my life,” she says. “Family friends ended up having a yachting business and chartering out their yachts. They knew I knew my way around a boat so I ended up working for them.” Cohen says she still does yachting work for the family but adds yachting in her local Long Island, New York, area is an entirely different experience than in the Med.

We’re no longer on Long Island

Cohen was shocked when she suddenly started to feel terrible during the first charter while on the show. “Because I’m always fine,” she says. “I get into the Mediterranean and I think it was just the waters because it is so rough compared to the water back here.”

But it was also because she was doing almost all of her work literally below deck. As a third stew, Cohen was assigned laundry duties, which meant she wasn’t seeing the horizon or getting much fresh air either. “I was also doing turn downs in the cabins so I never really had fresh air until later on [in the season],” she recalls.

As a yachtie, she knew that if she could get some perspective and see the horizon it could help with her constant nausea. “But I’m pretty short so if there was a window, it was pretty high up,” she laughs. She’d get a peek outside, feel a little better, but the minute she wasn’t looking outside she felt incredibly sick.

From her experience, she knew she had to stay hydrated, but keeping anything down was nearly impossible. Cohen wore sea bands, which are designed to provide a non-pharmaceutical solution to seasickness. But, “They didn’t help me at all,” she said. “But it became a running joke for me to just wear them all the time.”

Cohen said when she finally saw a doctor he slapped her face and told her she was just dehydrated. “He was authentic Italian doctor so I thought it was funny,” she laughs. She thinks she probably lost about five pounds off her tiny frame as a result. “The doctor also prescribed some seasickness medication, which was a higher power than Dramamine,” she recalls. “At least that’s what the translator said.” Some commonly prescribed medications include Scopolamine and Dimenhydrinate.

She says taking the medication, which also makes you drowsy, on a regular basis helped at first. But eventually getting more time above deck was also extremely helpful. “I also had to get used to the water, but later I had more responsibility in terms of being in the fresh air and being around the guests.”

There’s a stigma that comes with seasickness

Cohen recalls that some fans asserted that she was laying down on the job because she was so sick. However, Cohen was actually throwing up and working at the same time. Plus she was working on little sleep from being on charter, not to mention the side effects from the medication.

“Captain Lee said that he had gotten seasickness and the whole time he was on the bridge he had a bucket next to him,” she says. “He defended me which was really nice.” Also, of course, Captain Sandy Yawn was incredibly instrumental in her recovery and in helping her finish the charter season strong.

Every morning Yawn would deliver a weather report and let Cohen know if the waters would be particularly rough. That way, Cohen knew if she should take the medication that day.

“I was lucky to have her [Yawn] be so supportive,” Cohen says. “Captain Sandy saw that [I was working and throwing up] and she saw my work ethic. And the fact that I kept trying and didn’t give up. So it was really sweet of Sandy to see that and give me my fair shot, which I really appreciated.”