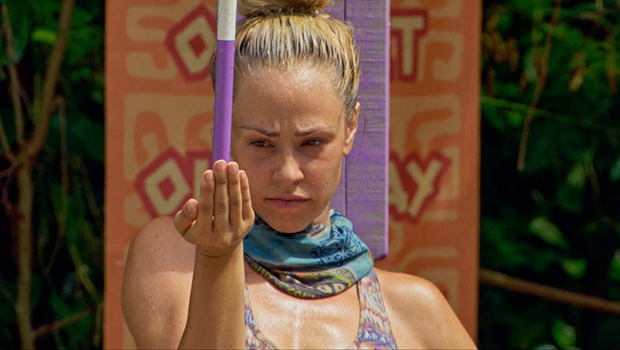 After playing a fairly low-key game throughout this season of ‘Survivor,’ Kara Kay has found herself amongst the six ‘David vs. Goliath’ finalists. Here’s more to know about the 30-year-old!

Kara Kay, 30, has played an impressive social game on Survivor: David vs. Goliath, and her relationships with other castmates helped land her in the final six. She’ll be competing in the show’s Dec. 19 finale against Angelina Keeley, Alison Raybould, Davie Rickenbacker, Mike White and Nick Wilson. With the season’s arguably biggest threat, Christian Hubicki, out of the picture (he was voted off during the Dec. 12 episode), the door is open for ANYONE to come through with a big move to win it all. Here’s more to know about Kara before we find out if she pulls it off:

1. She’s educated and works as a realtor. Kara attended San Diego State University and graduated with a Bachelors of Arts in Public Relations and a minor in marketing. During her time at SDSU, she also studied abroad at Oxford University in England. She currently works in real estate in San Diego, where she was born and raised. “She is brilliant, generous, always accessible to her clients, is well liked an works great with agents,” a testimonial on her real estate profile reads. “She is very well connected throughout San Diego and carefully oversees every aspect of the transaction for her client from beginning to end.”

2. She used to be a San Diego Chargers cheerleader. After college, Kara cheered for the San Diego Charger Girls from 2011-2014. She was named Rookie of the Year her first year, and was MVP in 2014. She also served as captain for two years, and considers her time on the squad her personal claim to fame.

3. Her mother passed away. Kara considers her mom her biggest inspiration in life, according to her CBS biography page. “I think she lived life so fully that God decided she was ready for heaven,” Kara admitted. “She’ll always be my hero.” She did not expand on how her mother passed, but she did say that a big part of the reason she went on Survivor was to win the $1 million to help out her dad.

4. She’s athletic. Kara has shown her strength and athletic abilities during challenges on Survivor, and she lists some of her favorite hobbies as running, biking, yoga, dancing and snowboarding. Clearly, she’s very active!

5. She was in a ‘Survivor’ showmance, despite vowing to NEVER get involved in one. “I would have a positive attitude and make connections like [previous contestant] Figgy, except I’d avoid getting into a showmance at all costs,” Kara said before starting her Survivor journey. Well, during the very first episode, she instantly connected with Dan Rengering, and they were a clear twosome on the Goliath tribe. Other tribemates became weary of the showmance, and Kara was conscious of how it looked. Eventually, when the tribes merged, she realized she had to cut ties with Dan, and betrayed their alliance.