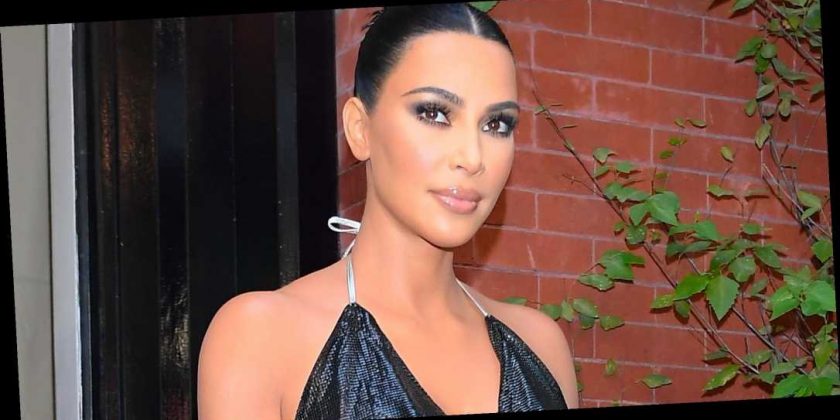 The name Kardashian is basically synonymous with kash, and lots of it. Yes, Kylie Jenner’s supposed-billionaire status stirred up controversy earlier this year, but now older sister Kim Kardashian West is well on her way to becoming the billionaire of the fam with her sky-rocketing net worth.

The reality TV star, model, and entrepreneur has multiple business ventures and new projects popping up on the reg, the latest of which is a lucrative deal with Coty beauty for a 20 percent stake in her KKW Beauty brand, adding an additional $200 million to her net worth, per Forbes.

All these diverse streams of income keep her net worth growing at a rapid pace. Here’s what to know about Kim’s net worth, how it compares to the rest of the Kardashian-Jenner family, and everything that goes into it.

What’s Kim Kardashian’s net worth and how does it compare to the rest of the Kardashian family?

Kim’s current net worth hovers around $900 million, according to Forbes. (Note, that’s almost triple her kash stash at the end of 2019 and makes her the richest in the fam.) For comparison’s sake, she’s inching closer to her husband Kanye West, who’s net worth is $1.3 billion, per Forbes.

Here’s how the rest of the family’s net worth breaks down:

So how does Kim make all that money?

After a few beauty attempts (don’t feel bad if you don’t recall Khroma Beauty or Kardashian Beauty), KKW Beauty turned into a hit. Based on her deal with Coty, the brand is worth around $1 billion.

If you ask Kanye West, his wife is officially a billionaire now. He tweeted: “I am so proud of my beautiful wife Kim Kardashian West for officially becoming a billionaire”

We love you so much pic.twitter.com/Vvtgzodnah

The brand generated more than $100 million in sales in 2018 just a year after launching, per Forbes. In 2019, Kim expanded the collection to include body products and sales expanded right along with them.

In November, Kim and her longtime makeup artist Mario Dedivanovic launched their second collaborative collection, titled, “The Artist and the Muse.” They announced it with an Instagram message:”A special & meaningful project and collection thoughtfully created over the past year by the artist @makeupbymario for his muse @kimkardashian.” The collection includes two eyeshadow palettes, matte lipstick, lip gloss, lipliner, blush, and foundation.

Kim rebounded from a shaky start with her shapewear line, Skims, formerly known as Kimono. That misstep didn’t deter customers, as many sizes sold out on the first day. Skims made $2 million in the first few minutes of the site going live, per TMZ. To put Skims sales in perspective, Spanx made $4 million during their entire first year of business.

And Kim’s cash influx from Skims is not showing any signs of stopping. TMZ reported that the Skims restock was actually more successful than the initial launch, with “over a million people” on the waitlist.

Kim keeps up with endorsement deals.

Scroll through Kim’s feed, and you’re bound to come across a collaboration or partnership in one of the squares. Companies will pay an untold amount of money to get the attention of her 147 million followers.

“So there was a fast-fashion brand, a few of them, and they would knock off Yeezy all the time, his color palette, designs,” CNBC reported her saying. “So this fast-fashion brand offered me a million dollars for an Instagram post, and I thought, ‘OK, well that’s easy’—just to wear clothes that I could pick, anything that I wanted, it’s a quick post. And when I told [Kanye] about it, he asked me not to do it and said out of respect, I don’t think that we should be giving them everything, they copy everything.” Kanye gave her a million-dollar check for Mother’s Day as a thank-you.

Less frequently, Kim appears in commercial ads, but when she does, it’s epic. In a new ad for Facebook Portal, the tech giant’s new smart video chat platform, she and J.Lo make plans for a holiday party before A-Rod crashes their chat.

In an Instagram post byE! News host Jason Kennedy at the end of October 2019, Kim revealed that she’d working on her first film, which will also star Jennifer Lopez. Kennedy asked her, “You’re working on something with J.Lo?”

Kim replied, “I am. My first big acting gig with Jennifer Lopez.”

No word on how much she raked in from the film, but it’s safe to assume Kim Kardashian West’s first big screen appearance was worth a lot to studios.

She may not be royalty, but she earns royalties from the mobile game Kim Kardashian: Hollywood. Her game has been downloaded more than 60 million times. That adds up to $200 million in revenue, and 28 percent of that goes right in her pocket, per CelebrityNetWorth.

She probably makes around $5 million each season if the fam splits their checks evenly. According to a 2017 report from Variety, E! paid the Kardashian klan “below $100 million” to renew KUWTK for three years. And in 2015, The Hollywood Reporter revealed that the family signed an $80 million deal for a three-year contract, so it’s safe to assume the newer payment plan ranges somewhere between $80 and $100 million. No biggie.

Kim has opened up about her struggle with psoriasis on the show:

How the Kardashians split those millions is unclear. Momager Kris Jenner said that the family splits the earnings pretty much down the middle. “Everybody gets paid pretty much equally, ’cause we all film a lot, and we all work hard, and we’ve created this show and this brand for the last decade,” she said on Ellen.

So, assuming the current three-year deal is around $90 million—split six ways between the Kardashian sisters, the Jenner sisters, and mom Kris—Kim should make approximately five million dollars per season.