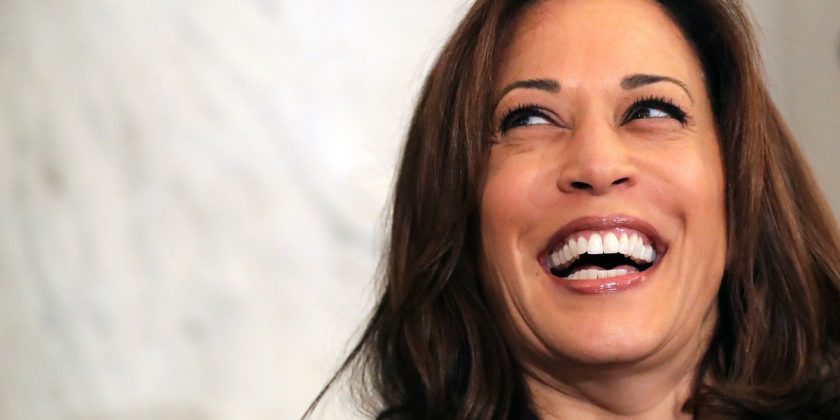 As 2018 comes to a close, it’s time to look toward the future. Of course, the 2018 November midterm solidified that we could expect some long-anticipated changes coming our way in 2019, but Kamala Harris’ presidential bid announcement is a reminder that truth, justice, and democracy should be brought back to the forefront as the values that make our country great. Bring on 2020.

In a tweet posted on Jan. 21, Senator Kamala Harris announced, "I’m running for president. Let’s do this together." Along with the tweet was a video announcement where she shared the reason why she’s running. "Truth, justice, decency, equality, freedom, democracy — these aren’t just words. They’re the values we as Americans cherish, and they’re all on the line now," she said. "The future of our country depends on you and millions of others lifting our voices to fight for our American values. That’s why I’m running for president of the United States. I’m running to lift those voices to bring our voices together… Let’s do this together. Let’s claim our future for ourselves, for our children, and for our country."

Check out the announcement below:

I don’t know about y’all, but since news broke that Sen. Kamala Harris might announce her run for a possible 2020 presidential bid, I’ve been eagerly awaiting the announcement. On Sunday, Dec. 2, Politico reported that Harris planned to make her decision to run for president "over the holidays," which she told to MSNBC’s "Morning Joe" co-host Mika Brzezinski late Saturday, Dec. 1.

"It will ultimately be a family decision," Harris said on Dec. 1. "And over the holiday I will make that decision with my family.”

Even though announcing a presidential bid must be exciting for Harris, she proceeded to warn Brzezinski that 2020 could get "ugly" when she faces off against Trump. It’s time to put those gloves on, Senator Harris.

If you’ve been looking forward to hearing Harris announce her plans to take on President Donald Trump, you’re not alone. According to a November Politico poll, Harris ranked fifth of Democrats preferred candidate to take on Trump’s reelection bid, with Beto O’Rourke, Bernie Sanders, and Joe Biden also making the list. Truth be told, any of those candidates would be worthy adversaries to take on Trump, but Harris would truly be a historical opponent. 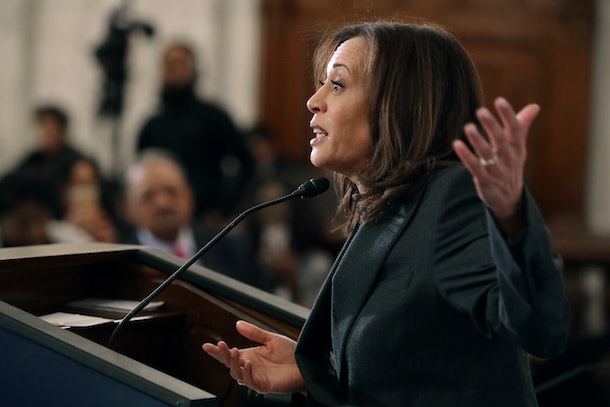 So, now that Harris has officially announced her bid for president, here’s a little bit of backstory on the California senator. Prior to entering politics, Harris worked as an attorney in California before announcing her bid for U.S. Senate in January 2015. A few months later, Harris defeated her opponent, Loretta Sanchez, and became the second woman of African and Asian descent to hold such a position. Talk about a legend.

On Wednesday, Oct. 3, Sen. Harris spoke at The Atlantic Festival about the current state of the United States, and offered her thoughts about Trump’s treatment of Christine Blasey-Ford, who testified that Supreme Court Justice Brett Kavanaugh sexually assaulted her in high school. Kavanaugh has consistently denied the allegations against him since they surfaced, and representatives for the judge did not reply to Elite Daily’s previous requests for comment. Following her testimony, Trump proceeded to mock Ford during a public rally in Southaven, Mississippi on Oct. 2. Needless to say, the president got a lot of heat for his treatment of Ford, and Harris was one of the many individuals who condemned his actions.

"Stop being mean," Harris said at The Atlantic Festival in regards to what she would have said to Trump.

The race for president is definitely not an easy journey, but if the November midterms taught us anything it’s that women are a force to be reckoned with. Now that Congress has a record-breaking amount of new female congresspeople heading to Capitol Hill, it might just be time to see a woman take her seat in the Oval Office.

One thing is for sure, 2020 is about to be very interesting.