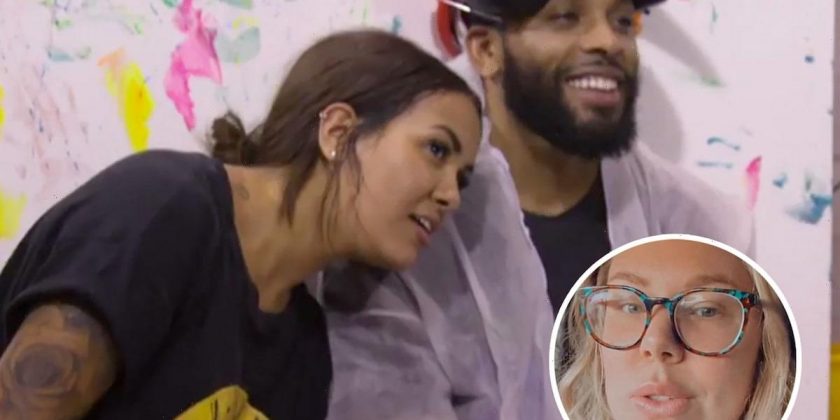 Here's why Lowry "informed production that she will no longer be filming."

OG “Teen Mom 2” star Kailyn Lowry didn’t appear at all during last night’s brand new episode — and, according to both her and production, the decision was Lowry’s alone and came after learning costar Briana De Jesus was linking up with her ex Chris Lopez for a podcast about parenting.

The bad blood between Lowry and De Jesus is nothing new, but reached new heights last year during filming when Kailyn sued Briana for defamation. MTV glossed over the specifics of the lawsuit in last week’s premiere, but Lowry filed last summer after Briana claimed Kail refused to film their reality show following a 2020 arrest stemming from an alleged fight with Lopez, with whom she shares sons Lux and Creed. While he claimed she struck him during the argument, she denied things ever turned physical and the charges were later dropped.

Despite the lawsuit and knowing Kail and Lopez weren’t exactly cordial exes either, Briana decided to go full steam ahead with an appearance on Chris’ podcast — something both De Jesus and Lopez knew would upset Lowry. On Tuesday’s episode, viewers saw Briana and Chris finally meet in person, after exchanging DMs over social media.

“I wanna steer away from her as much as possible. I am going through a lawsuit with her,” Briana said as the two spoke before recording the podcast together. “It’s crazy, because now I have a lawyer.”

“I’ve been defending myself for like the last four years,” added Chris, who said he tried to be nice to the mother of two of his children, but added “You only can handle so much. I became real, real angry throughout all this.”

The two later went to a “rage room” together, something which apparently concerned Briana’s then-boyfriend Javi Gonzalez, who clearly didn’t trust her to keep things platonic. After recording the podcast together, Briana went back home, where she said she was glad the two were able to meet, “even if it makes the situation with me complicated.”

Speaking with her mom and sister, she said the podcast taping went well, it wasn’t awkward and there were “good vibes” between them. 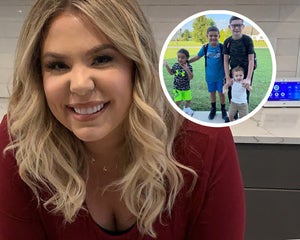 Why Kailyn Lowry Doesn't Give Her Kids Christmas Presents

“I was nervous it was going to be weird. I told Javi everything, where I was, what I was doing. He told me he didn’t know I was doing all the extra stuff, like rage room,” she continued, saying she and Lopez knew that they had to “watch what [they said]” during the podcast because of Lowry. “I’m not trying to get under anyone’s skin,” she added, “but I guess people will feel like that.”

“Everything makes Kail upset, Kail’s never happy,” said Briana’s sister Brittany. “She looks at people as if they’re her f—ing territory.” While Briana was confident they would “all get over it,” Lowry apparently drew a line in the sand with production after learning her ex would be on the show.

“After the podcast was recorded, Kail learned Chris was participating in the series. She informed production that she will no longer be filming,” read a slate at the end of the hour. Lowry also took to Twitter to confirm it was her decision to halt filming.

“I *believe* I’m not in tonight’s episode tonight – I believe there are 5-6 episodes I’m not on #teenmom2,” she tweeted. “Also – this was by choice – was just letting y’all know.”

She also responded to a fan tweet from a viewer who said it seemed like Briana and Lopez were only linking up “to do a podcast off mutual hate for someone else,” writing, “amen.”