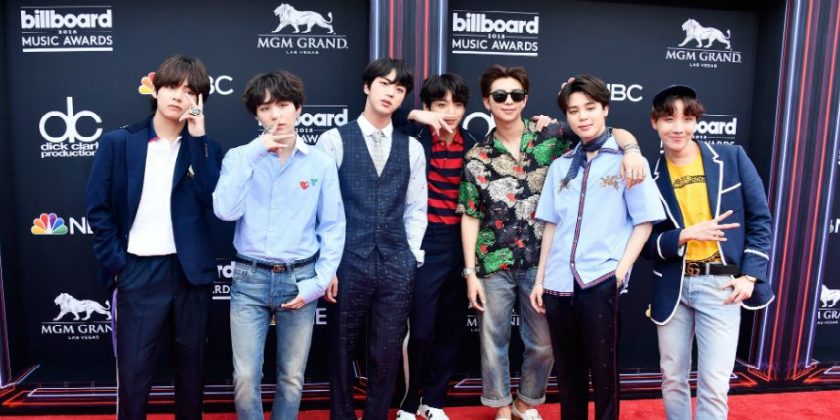 The K-pop group BTS is apologizing for a hat worn in a photoshoot which included a Nazi symbol. The photo goes back to a 2015 photoshoot for which they blame the stylist for the choice of accessories.

Hollywood Life says the hat with the Nazi symbol was in no way intentionally chosen for the shoot, and they regret it. This matter is coming up again because of another more recent misstep.

The Simon Wiesenthal Center is critical of several BTS members for “wearing hats with the Nazi SS Death Head logo.” Rabbi Abraham Cooper, the director of the group Global Social Action, also demanded an apology from the Korean-based pop group.

The group’s management company, Big Hit Entertainment, released a statement about what they are calling an oversight.

“Regarding the wearing of a hat displaying a logo reminiscent of Nazi symbolism, again as previously explained the incident was in no way intentional. All apparel and accessories were provided by the publication conducting the shoot. We would like to offer our sincere apologies for inadvertently inflicting pain and distress to anyone affected by totalitarian regimes in the past by failing to strictly review the clothing and accessories that our members were made to wear, as well as to anyone who may have experienced distress and discomfort by witnessing an association of our artists with imagery reminiscent of political extremism.”

The apology for the Nazi symbols was included in a larger statement that addressed other missteps the group has made over the course of their tenure. Most recently BTS had an invitation to the Japanese station TV Asahi rescinded after a member of the group, Jimin, wore a T-shirt that upset many Japanese.

Jimin’s T-shirt had a photo of a mushroom cloud over the Japanese city of Nagasaki (hit with an atomic bomb in 1945) with the saying, “PATRIOTISM OUR HISTORY LIBERATION KOREA.”

After the BTS band member wore the T-shirt, it immediately sold out, spreading the controversy, says AllKpop.

Big Hit Entertainment added to the initial statement about the Nazi logo an addendum about any additional logos or symbols.

“In all activities involving BTS and any other artists associated with our company, Big Hit does not condone any activities of war or the use of atomic weapons, is adamantly against them, had no intention of causing distress or pain to anyone affected by the dropping of atomic weapons, and we will continue to adhere to these principles.”