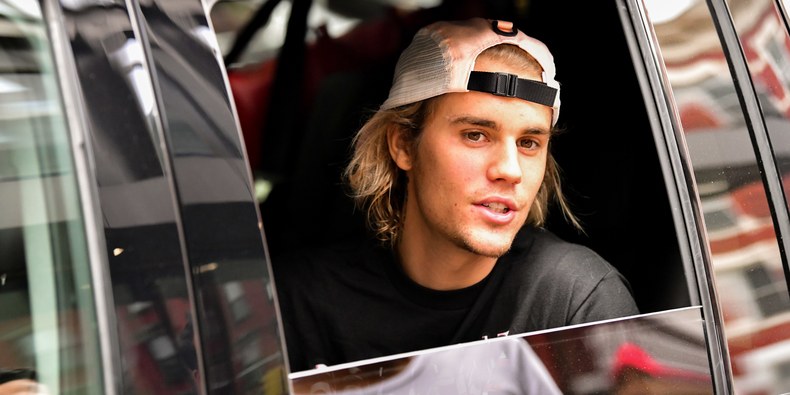 Justin Bieber and Hailey Baldwin, newlyweds before the City of New York but not before God, have done like so many celebrity couples before them and gotten coordinating tattoos, the work of New York-based artist Keith McCurdy of Bang Bang Studio. Though McCurdy told Page Six he hasn’t “seen any photos of it, so he’s doing a good job of laying low,” it’s actually pretty hard to avoid photographing it—since it’s on Bieber’s face.

One might faintly decipher the tattoo in an image that’s been used to illustrate countless blog posts about Bieber and Baldwin’s relationship throughout the summer and fall, but that, until now, hadn’t been connected with Bieber’s fresh ink. The photo was taken in July, before Bieber and Baldwin had even made it to city hall, and Bieber can be seen in a backwards baseball cap and a Supreme shirt, gazing out the window of a black SUV. On closer examination, you might even spot the tattoo. Maybe. It’s seemingly a light scrawl (“little words”) over his right eyebrow, so “thin and delicate,” as McCurdy described it to Page Six in the same interview, that it almost blends in entirely. Like, it could be a trick of the light.

It sort of vaguely looks like it says “grace” in a gentle cursive (or, at least, it looks that way if you’re looking for it), which has been connected to an Instagram tattoo artist JonBoy posted to his own account back in July, a few weeks before the paparazzi photo made its way online. He captioned an image of himself alongside the blissful couple, "Style&Grace." (Yes, all one word.) So perhaps Baldwin’s coordinating tattoo (probably not on her face) says “style” in the same hand? Just spitballing here. (JonBoy previously did Bieber’s other face tattoo, a tiny cross at the outer corner of his left eye.) At least if it all goes south for Bieber and Baldwin, a tiny word on his face isn't so conspicuous as Ariana Grande bunny ears.

Maybe all this ink around his eyes explains why Bieber has spent so much time publicly crying.