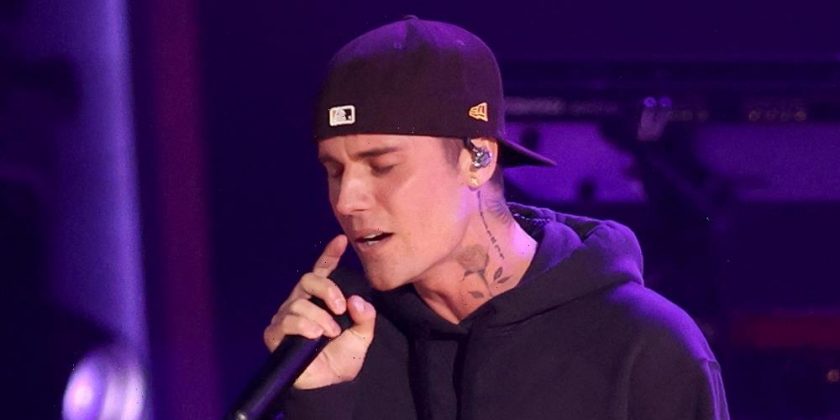 Justin Bieber took to Instagram on Friday to explain the “pretty serious virus” that has paralyzed half of his face and caused the cancelation of shows in Toronto and D.C. earlier this week. In a two-and-a-half-minute post, he explained and demonstrated that he is suffering from Ramsay Hunt syndrome, a rare virus that affects nerves in the face and can cause facial paralysis.

As if to prove the vercity of his condition, he shows quite clearly in the video: “As you can see, this eye is not blinking. I can’t smile on this side of my face. This nostril will not move. So there’s full paralysis on the side of my face.”

“So for those who are frustrated by my cancellations of the next shows, I’m just physically, obviously not capable of doing them. This is pretty serious. As you can see.”

Overall, however, he was upbeat and took a positive attitude that he will undergo therapy and exercises in order to overcome his ailment and “get my face back to where it’s supposed to be.”

He said, “It will go back to normal. [It will take] time, and we don’t know how much time that’s gonna be, but it’s gonna be okay. And I have hope, and I trust God, and I trust that this is all for a reason. I’m not sure what that is right now. But in the meantime, I’m gonna rest.”

Bieber’s tour was scheduled to include two dates at Madison Square Garden, among others, before concluding in Los Angeles on July 3, and pick up in August with a scattering of dates in Europe and South Africa before moving to Australia and New Zealand toward the end of the year. Presumably all of those dates are now on hold.