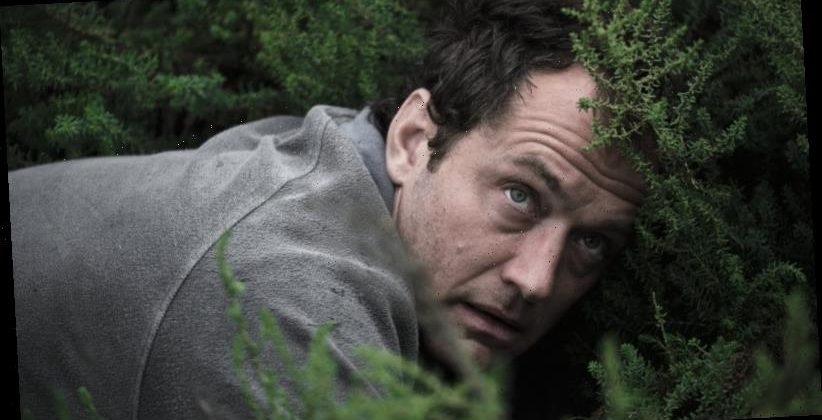 The Third Day may not be the best TV series of the year (though it’s a contender) but it's almost certainly the most ambitious. From its opening shots of Jude Law sobbing in a sunlight-dappled forest to the final scenes of chaos that leave Naomie Harris crumpled on a floor, dead or alive we can’t possibly say, this is a bold, bonkers and beautifully crafted piece of storytelling.

The most out-there element of The Third Day doesn’t even happen on the TV screen. To find it you’ll need to go to Facebook and strap yourself in for 12 hours of Autumn, a (recorded) live-streamed theatrical performance and rave (yes, actually) featuring Law, co-star Katherine Waterston, some of the supporting cast and a bunch of people from the performance company Punchdrunk, which had a big hand in making the show (you can fast-forward through it, but there’s a deep, mesmeric pleasure in watching it unfold in real time). 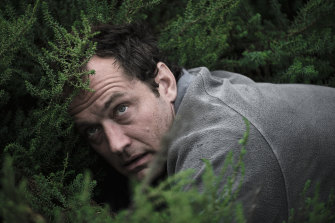 Sam (Jude Law) cowers as the locals search for a new leader, or a new victim, in The Third Day.Credit:HBO

Punchdrunk – whose artistic director Felix Barrett co-wrote the show with Dennis Kelly (Utopia) – specialises in site-specific productions. “Much of our work fuses theatrical performance with spaces that have a life of their own,” the company says. “We blend theatre with art installation, films with gaming and TV with real life. We zig-zag along the boundaries of what is real and what is not.”

The central character in all of them, though, is the location: the tiny island of Osea, in the estuary of the River Blackwater in Essex (roughly equivalent to Game of Thrones’ fictional Blackwater Bay), connected to the mainland by a causeway built by the Romans and accessible only at low tide.

In real life, it’s a high-end holiday destination with a state-of-the-art recording studio in a manor house overlooking the water, though in the past it served as a detox centre and a psychiatric facility. In The Third Day, it’s home to a brutal cult based on a weird hybrid of Christian and Celtic mythologies.

Sam stumbles onto the island after saving a teenage girl from a suicide attempt in the woods on the mainland. He takes Epona (Jessie Ross) – named for the Celtic goddess of horses – to her village in Osea, where he misses the tide and the owners of the local pub, hilariously played by Paddy Considine and Emily Watson, find him a room. Thing is, it’s already occupied by Jess (Waterston), a highly strung woman with a deep interest in Celtic mythology. One thing leads to another and, well, what happens on Osea stays on Osea. Literally.

The main game here is a contest between male and female. The island is seeking a new Father, to cement an ancient, largely Christian tradition, that was revived in the Victorian era by Frederick Charrington, the real-life teetotalling scion of a brewing family who some think was Jack the Ripper. There's a counter-movement that seeks to restore the Celtic matriarchy, but any notion that might make for an inherently “gentler” society is quickly put to the sword.

There are inevitably echoes of The Wicker Man in all this, as well as Roman Polanski’s madcap thriller Cul de Sac, also filmed on a tiny island (Lindisfarne). It’s creepy, atmospheric and thoroughly trippy (especially when Sam and Jess rather unwisely take acid moments after escaping an attempt on their lives). I’m not sure it makes total sense, but it’s a wildly enjoyable ride – especially if you throw Autumn into the mix.

The Third Day is on Foxtel Showcase and Binge.

Find out the next TV shows, streaming series and movies to add to your must-sees. Sign up to get it every Thursday.