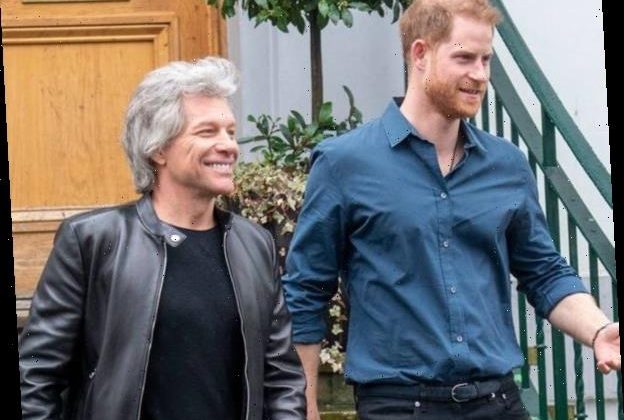 Jon Bon Jovi may be social distancing, but he’s busier than ever.

While the “It’s My Life” singer is following the protocols in place during the coronavirus pandemic, he’s still doing what he can to help his community and fans. In fact, on Monday, the famed rocker told Daily Pop co-host Carissa Culiner how he’s staying busy during this time.

For starters, the “Livin’ on a Prayer” artist is washing dishes at his different JBJ Soul Kitchen locations. Why? Well, as Bon Jovi detailed, the eateries are run by cash donations or volunteerism. Through this mission, the rock star and his team are combating hunger in the Garden State.

Understandably, the JBJ Soul Kitchens are only able to do take-out at this time, causing volunteer numbers to decrease. Thus, Bon Jovi has rolled up his sleeves and is doing the labor so that people can still be fed.

“The way the model works is if you are in need, especially if you’re in need, you volunteer to participate in the model. And so, all those volunteer positions, i.e. washing dishes, are no longer there because we’ve had to do take-out only and shut our doors,” Bon Jovi explained.

The hit maker encouraged viewers to leave a donation for the Soul Kitchen so that those in need can still access food. Furthermore, Bon Jovi revealed that his new song inspired by the pandemic, titled “Do What You Can,” came to him while washing dishes.

“The title of the song came while I was standing at the kitchen washing dishes. My wife Dorothea took a picture and was gonna post it to let people know that they could still come in for a meal, but it would be take out,” the Grammy winner detailed. “She said, ‘What should the caption be?’ And I said, ‘If you can’t do what you do, do what you can.'”

Later on, Bon Jovi realized that was a great song title and decided to reach out to his fans for assistance in writing the track. As he noted, he wanted to capture what the country was going through at this time.

Speaking of music, Bon Jovi also spilled on his collaboration with Prince Harry. As E! readers surely know, the chart topper worked with Meghan Markle‘s spouse on a song for the royal’s Invictus Games, which is a multi-sport event for wounded or sick veterans and service members.

Having originally written the song for an American documentary, titled To Be of Service, about veterans living with PTSD and their service animals, Bon Jovi thought a reworked version of the track would be a perfect fit with the Invictus Games.

“He sings like a prince, not Prince. Just a prince,” Bon Jovi quipped on the Duke of Sussex’s vocal chops. “He was there, he was awesome. He’s such a great guy and he was there for emotional support with the men and women of the Invictus choir.”

For all of this and more, including an update on Bon Jovi’s keyboardist David Bryan‘s coronavirus battle, be sure to watch the exclusive interview above.

Watch NBC News Special Report: Coronavirus Pandemic Tuesdays at 10 p.m. ET/7 p.m. PT on NBC, MSNBC and NBC News NOW. For the latest updates on the coronavirus pandemic and for tips on how to prevent the spread of COVID-19, please visit The Center for Disease Control and Prevention at https://www.cdc.gov.