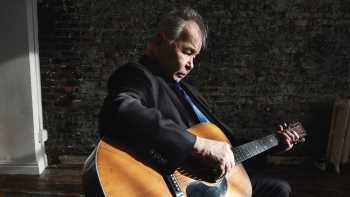 It figures that the guy who wrote “Angel From Montgomery” would care about women in Alabama. Anyone who thought the fight against state abortion bans lacked male allies can look to John Prine, considered one of the best songwriters of his or any generation since his self-titled 1971 folk-rock debut. He was outraged enough to first set up an online auction benefiting the Alabama ACLU, then raise money for the national organization by recutting “Unwed Fathers” as a soon-to-be-released single with alt-country heroine Margo Price.

Was there any personal impetus for using “Unwed Fathers” to make a stand on state abortion bans?

I’m always concerned when our civil liberties are being attacked. I believe in our Constitution. We wanted to support the work of the ACLU and invite others to do the same. That song has always been about how women are the ones who carry, birth and sometimes are left with taking care of and raising children too. Now they want to take away their right to decide if or when they do that. Women should be the ones to make decisions about what affects their lives in such a big way. It seems pretty simple to me.

You sing this remake with Margo Price. It’s a powerful visual when she’s being outspoken about reproductive issues while nine months pregnant.

Margo and I sing “Unwed Fathers” as a duet onstage all the time. She was the perfect fit — and she is a woman who makes her own choices! I think Margo would stand up for what’s right whether she was pregnant or not. She is a woman who knows her own mind, and we love her and her family.

There was a report that this single’s flip side might have you remaking “Your Flag Decal Won’t Get You Into Heaven Anymore.”

Actually, we are putting out an acoustic version of “People Puttin’ People Down” with me and Jason Isbell swapping verses on acoustic guitars. It turned out really well.

Your fan base skews progressive. But Isbell is a good example of an artist who still has supposed fans tweeting that they’re quitting him because of his liberal politics. So do you risk losing any?

I’ve been singing these songs for 50 years, so if fans hear something new in them now, I’d love to hear what it is they are hearing.

You’re being inducted into the Songwriters Hall of Fame June 13.

I’m delighted. It’s wonderful to be included in a club like that. It’ll be great to meet up with Tom T. [Hall, a fellow inductee]. We don’t get to hang out too often.

Is there a Tom T. Hall song you wish you’d written?

I love “Old Dogs, Children and Watermelon Wine.” Best setup for a song I’ve ever heard: “Sittin’ in Miami, pouring corn-blended whiskey down…”

There was a gap of 13 years between your previous album of all-new material and last year’s “The Tree of Forgiveness.” So maybe it’s foolish to already be anticipating the next one?

I’m writing, for sure. The success of “Tree of Forgiveness” was very surprising to me. I’m very happy that my fans from the first record (in 1971) to the most recent are now bringing their children and grandchildren to my shows. That is motivating me to write. Yeah, I’ll probably bake a new record in the next couple of years.