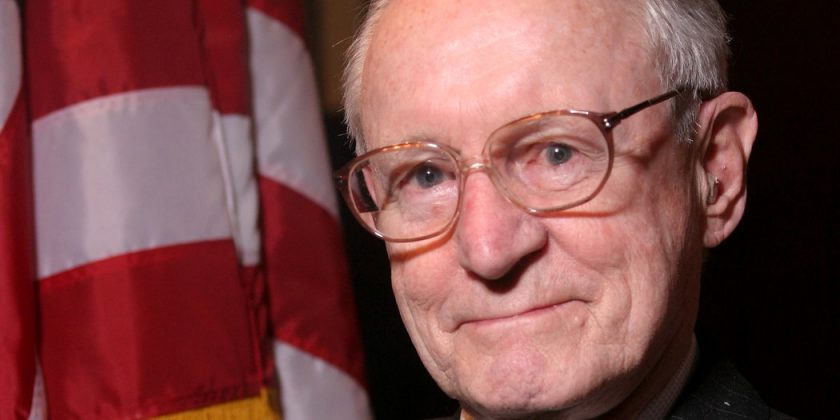 John J. Gibbons, a lawyer who persuaded the authorities in Newark to provide access to the courts for people detained during riots in 1967 and nearly 40 years later argued successfully before the Supreme Court that foreign prisoners at the Guantánamo Bay Naval Base in Cuba had legal rights too, died on Dec. 9 in Maplewood, N.J. He was 94.

His death, at an assisted living facility, was confirmed by his daughter Mary Gibbons Whipple, a Superior Court judge in New Jersey.

Mr. Gibbons also spent 20 years as a judge on the United States Court of Appeals for the Third Circuit, which is based in Philadelphia; he was its chief judge for three years.

The Guantánamo detainees — 16 were involved in two consolidated cases — contended that they had been denied access to lawyers and federal courts in violation of their due process rights. Lawyers representing the administration of President George W. Bush responded that the courts had no jurisdiction over the base because the detainees were not American citizens and not on American soil.

The soft-spoken Judge Gibbons argued — partly by citing his naval service at Guantánamo during World War II — that the United States held sovereignty over the base through a perpetual lease with Cuba.

“We have exclusive jurisdiction over civil law in Guantánamo and have had for a century,” Judge Gibbons said, suggesting that it was “artificial” for the government to assert that the “executive branch can create a no-law zone where it is not accountable to any judiciary, anywhere.”

He added: “Cuban law has never had any application inside that base. A stamp with Fidel Castro’s picture on it wouldn’t get a letter off the base.”

The court ruled 6-3 for the detainees. In his opinion, Justice John Paul Stevens agreed with Judge Gibbons, stating that American control of the base meant that the right of habeas corpus could be applied to the detainees in allowing them to challenge incarceration before a court.

“Access to the judicial process is the core value of the American system,” Judge Gibbons said in an interview in 2008 on NJTV, New Jersey’s public television network. “Everybody is entitled to prompt access, or you have situations where people may be detained for years.”

As a result of the decision, hundreds of prisoners at Guantánamo filed writs of habeas corpus, “but most were released as a result of political and diplomatic pressure, which the lawyers helped create,” Joseph Margulies, the lead counsel in the consolidated cases from the Center for Constitutional Rights, said in an email.

“The decision was a great victory for the rule of law,” he said, adding, “John played an important, in fact, vital role.”

John Joseph Gibbons was born on Dec. 8, 1924, in Newark and grew up nearby in Belleville. His father was a dispatcher for the P. Ballantine & Sons Brewery in Newark, and his mother, Julia (Murray) Gibbons, was a hair stylist and homemaker.

After graduating from high school, he attended Seton Hall University for a semester before starting his naval service shortly after the Japanese attack on Pearl Harbor. The Navy sent him to the R.O.T.C. at the College of Holy Cross, in Worcester, Mass., then to the ordnance facility at Guantánamo.

After earning a bachelor’s degree from Holy Cross in 1947, he graduated from Harvard Law School in 1950 and joined Crummey & Considine, a Newark law firm that did some criminal defense work. In July 1967, he was flying home from Canada when he saw the scorched blocks of riot-ravaged Newark as his plane was descending to land.

The riots would go on for five days, fueled by racial tensions, complaints of police abuse, deep poverty and urban renewal projects that had bypassed black neighborhoods, and leave 26 people dead and more than 700 injured. 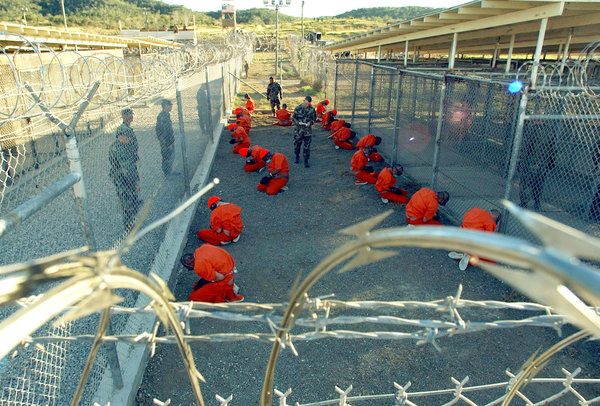 When Mr. Gibbons learned that 1,500 people had been arrested by the state police and National Guard and held in jails and an armory, he called Lawrence Whipple, a friend and Superior court judge. “I said, ‘They have all these people locked up without any access to the judiciary, and you can’t tolerate that,’ ” he recalled in an interview in 2008 for the Historical Society of the United States District Court for the District of New Jersey.

Judge Whipple quickly assembled representatives of the state police, the National Guard and the attorney general and mayor’s offices.

“We made the pitch that they had to permit access to the courts, but the state authorities said they couldn’t spare people to transport these prisoners to the courthouse,” Judge Gibbons said in the interview.

“Judge Whipple leaned back in his chair and said, `Well, can you spare enough people to escort judges to the places of confinement?’ And they had to say yes. And he turned to me and said, ‘Can you get lawyers to represent these people?’ And we said yes.”

Within 10 days, all the detainees had been brought before judges, who released most of them.

“What he did in 1967 is exactly what he did at age 79 in the Supreme Court in 2004,” Theodore V. Wells Jr., who clerked for Judge Gibbons in the mid-1970s and is now a partner at the law firm Paul, Weiss, said in a telephone interview. “The detainees absolutely had a right to counsel and absolutely had the right to be heard.”

Soon after, Gov. Richard J. Hughes of New Jersey appointed Mr. Gibbons to a commission to examine the causes of the riots.

President Richard M. Nixon nominated him to the Third Circuit, which encompasses New Jersey, Pennsylvania, Delaware and the Virgin Islands, in late 1969, and he was swiftly approved.

In one early case, a three-judge federal panel — Judge Gibbons and two district court judges — declared unconstitutional a New Jersey law that deprived many ex-convicts of the right to vote.

In 1971, Judge Gibbons reversed the murder conviction of Edgar H. Smith Jr. — who had been on death row in New Jersey for 14 years for killing a cheerleader — because his confession had been coerced. Mr. Smith, who had written a book about his case while in prison, eventually pleaded no contest to a charge of attempted murder and was sentenced to time served. Five years later, he abducted and stabbed a woman in Chula Vista, Calif. (Mr. Smith died in 2017.)

Judge Gibbons said he had not been stung by criticism of his ruling in the Smith case. “Federal judges have life tenure,” he told NJTV. “Nobody could do anything or impeach me.”

He retired in 1990, looking “to become more of a player in the arena and less of a referee,” said Lawrence Lustberg, a partner at Gibbons P.C., the new name of the Crummey & Considine firm that the judge had left.

To lure him back, the firm created a pro bono program called the Gibbons Fellowships, which dedicates two lawyers a year to public service cases.

No longer a judge, Mr. Gibbons helped select the fellows and devise strategy, with a particular focus on death penalty cases. In 1999 he successfully argued before the Supreme Court that a death row prisoner in Virginia had been deprived of the constitutional right to effective counsel.

“It is horrible that in a civilized country the arbitrary imposition of revenge continues to exist,” he told The Times in the 1999 interview.

He continued to work at his firm until about a year ago.

In addition to his daughter Mary — who clerked for Judge Whipple when he became a federal judge and is married to his son, John — Mr. Gibbons is survived by three other daughters, Nora Cary, Deirdre Kvartunas and Maude Houston; his sons, Richard, David and Daniel, who is an assistant United States attorney in Newark; 13 grandchildren; and one great-grandson.

For many years, Judge Gibbons and Justice William J. Brennan Jr. of the Supreme Court were close friends, from their time as lawyers in Newark. After Judge Gibbons left the bench in 1990, Justice Brennan described him in a tribute in Seton Hall Constitutional Law Journal as “the least dramatic of men” who had nonetheless made a deep impact on the law.

“In some ways” he wrote, “the most exciting, the most beautiful, the most touching thing about this man was that, for him, this ideal of fidelity to law was utterly serious, utterly real, utterly personal and yet, stunningly successful.”