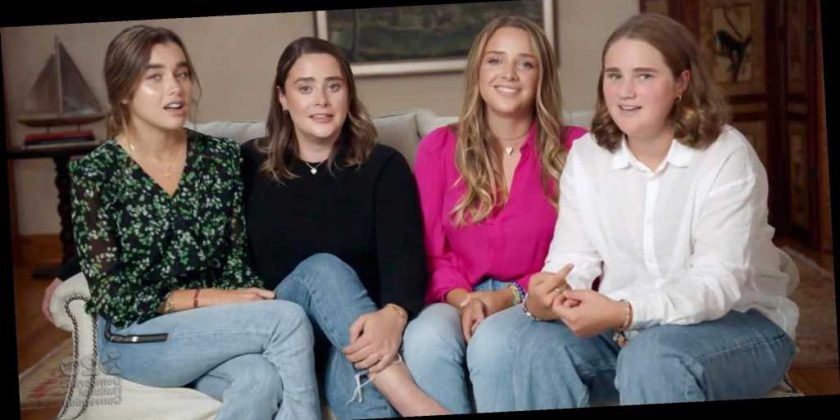 It was a first family reunion in more ways than one. In a new interview for the Today show, President Joe Biden's daughter, Ashley, and her nieces, Natalie, Maisy, Finnegan, and Naomi Biden sat down with former first daughter Jenna Bush Hager to talk about growing up in the White House and how much they all admire Sasha and Malia Obama, who they grew up with during the Obama Administration.

Finnegan said that she admired both Sasha and Malia because they handled their time as first daughters "beautifully" and grew up to be good people who are "smart and driven."

"[We've] had the privilege of being able to see two of our friends navigate eight years of what was really difficult and they did so so beautifully and they came out so grounded and humble and they're so smart and driven," Finnegan explained. "So I think we can only take advice from them."

She added that they've been in touch and have offered plenty of help and support. "They've been so nice and offering advice to us and support," she added. "So it'll be weird, though, when they come to the White House to hang out."

Maisy noted that the Biden kids were so close with the Obamas that former President Barak Obama coached her basketball team, albeit only for a short time.

"There were a lot of teams that were like, 'This is unfair. You can't have the president be your coach," Maisy said. "But, I mean, we won. So maybe it wasn't fair. He came to, like, every single one of my soccer games, lacrosse games, basketball games. And it was always funny seeing him show up when I was like, 'I think I just saw you on TV about 30 minutes ago, how did you just end up here?' And he was like, 'Don't worry, I knew it was a big game today.'"

Naomi also expressed excitement for having her grandfather in the Oval Office, though it had more to do than just getting America back on track.

"I'm most excited to see what my nan and pop are going to do," she said. "They are so excited, they have so many plans, and it's just a time in their lives and our lives and in America where we have the opportunity to do so much and to do things differently. I'm really excited that they'll be just a few miles away from my apartment, so I can go steal some free food from the kitchen."