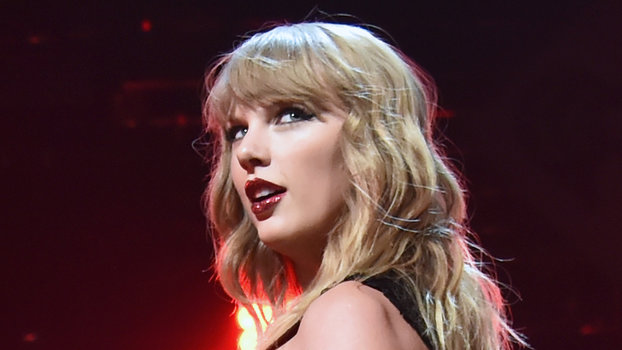 Is this the end of Taylor Swift’s signature breakup songs? According to Us Weekly, the singer and her boyfriend Joe Alwyn are getting really serious. So serious, in fact, that he’s ready to put a ring on it. Looks like we’re all in for a slew of love ballads, not “Bad Blood” odes to revenge.

“Joe is very keen on proposing soon,” a source told Us Weekly. “But he wants to make it unforgettable and extremely special. He’s her dream guy. Taylor’s going to be over the moon.”

Swift and Alwyn have been dating for over two years. Unlike her past high-profile flings, she’s kept this romance under the radar. No opportune latte stops in New York, no red carpet rendezvous, and definitely no personalized T-shirts à la Tom Hiddleston.

Back in November 2017, Swift mentioned that she was open to the idea of having kids with Alwyn “down the line.” But she’s mentioned marrying him multiple times, too.

“Taylor really believes Joe is the one for her,” a source told Us back in March. “She wants to get engaged to him. She just doesn’t feel as though she has to impress anyone at this point.”

For his part, Alwyn’s followed Taylor’s lead. He’s quiet about their relationship, but he’s acknowledged the fact that fans want to know more. That doesn’t mean he’s forthcoming with information, however. Like Swift, he’s keeping the focus on his art, not his heart.

“I’m aware people want to know about that side of things. I think we have been successfully very private,” he told British Vogue. And that has now sunk in for people […] but I really prefer to talk about work.”