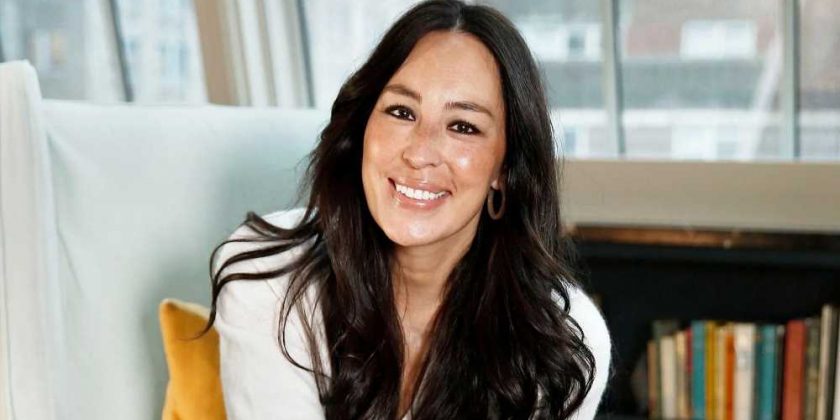 Joanna Gaines once rocked a nose ring so small, you probably didn’t even notice it on television.

Chip and Joanna Gaines’ Family Album Through the Years

In the winter issue of Joanna and Chip Gaines’ The Magnolia Journal, the Fixer Upper star penned an essay in which she reveals that during season 5 of the show in 2017, she got the piercing with her younger sister Mary Kay McCall.

“Getting a nose ring was way outside my comfort zone,” she wrote. “I’ve always preferred the safe side of life. But my little sister, Mikey, has always been the opposite. She has the great ability to be spontaneous and lives by the parts of her personality that are wild and free.”

Inside Chip and Joanna Gaines’ Bond: What’s the ‘Secret’ to Their Success?

She continued, “Mikey had worn a nose ring for forever, and she was so easy going about it, so clear that it was something she tried on a whim, loved, and then kept that I found myself wanting in on the adventure.”

“I think anyone else in my life would have been surprised if I’d told them I wanted to get my nose pierced,” she added. “But Mikey didn’t ask questions or express doubt. She just said, ‘What are you waiting for? Let’s do it!’ And five minutes later, we were on our way.”

Despite her initial excitement, Gaines knew the nose ring wouldn’t become her signature. “I never thought I’d wear that little stud for long,” she said. “I just wanted to step out and try something completely new.”

“But there’s a reason that now, years later, I still keep it tucked away with my other jewelry,” she explained. “When I see it, I’m reminded of Mikey more than anything and the way she called out my playful side that day.” So sweet!

Chip and Joanna Gaines Celebrate 18th Anniversary With Mexican Vacation: ‘Thankful to Be on This Adventure With You’

Only the most attentive viewers noticed Gaines’ nose piercing on TV. Others found out from the Magnolia co-founder herself. In November 2017, she tweeted: “Remember that time I had a nose ring for a week?? #fixerupper.”

Gaines’ tweet confirmed many people’s suspicions. “I thought I saw it immediately & had a hard time concentrating on the houses until I could confirm,” one Twitter user tweeted in response. “Super cute & unexpected.” Another wrote, “OMG, I thought I was the only one? Seven minutes into the ep and I keep pausing, surfing Twitter to see if anyone could confirm. Thought I was losing it!!!”