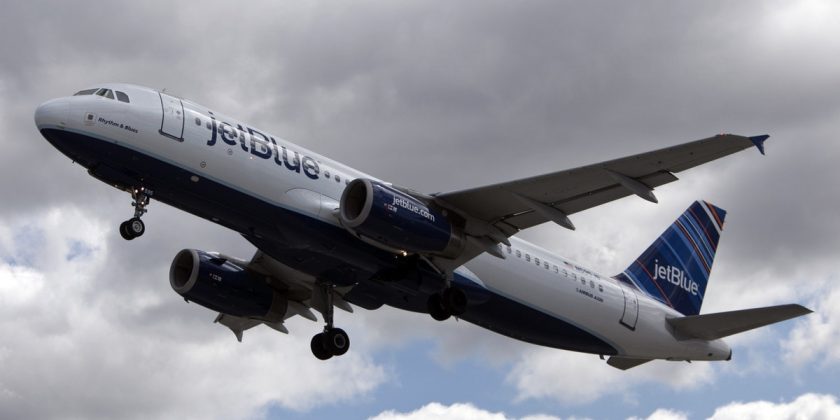 ‘Tis the season for travel deals galore. Christmas is one week out and JetBlue is playing Santa by offering super affordable one-way fares to destinations across the U.S. Right now, you can get a flight to San Jose starting at $34 during JetBlue’s Dash Away Sale. This is the time of year for gifting presents to others, but it might be time to bestow a little self-care upon yourself. JetBlue’s Dash Away Sale may help you book that vacation you’ve been holding out on. You’ll need to act quickly though, as this sale won’t be around for very long. Here’s what you need to know.

JetBlue’s Dash Away Sale on flights is currently underway for a limited time. The deeply discounted fares will expire on Wednesday, Dec. 19 at 11:59 p.m., according to the airline. That means you don’t have much time left to take advantage of the very affordable flights.

There are certain travel dates that apply to this fare sale, as well as blackout dates. I’m going to go over both, so make a mental note before you go searching for flight deals. You must travel between Tuesday, Jan. 8 and Wednesday, March 27 in order to score a wallet-friendly price during the Dash Away Sale. Additionally, the blackout dates for this particular sale are Thursday, Feb. 14 to Monday, Feb. 25, according to JetBlue. JetBlue notes that there may be other restrictions such as certain travel windows that are specific to certain flights. This can also vary by route. Make sure you read the technicalities of the fare you’re interested in. It is as easy as clicking the "details" button to learn more about the flight before you book.

OK, now for the fun stuff. But first, a quick tip from me: The sooner you book, the better chance you will have at booking a cheap fare to the destination of your choice. For example, maybe you’ve been pining for a trip to the Bay Area. Thanks to JetBlue’s Dash Away Sale, you can fly from Long Beach to San Jose for as low as $34. That’s right. That’s the one-way ticket price and it’s cheaper than your Saturday night out with friends.

That’s the only $34 flight I could find, but there are still several other one-way flight deals under $50. Here are a handful of other incredible fare deals that won’t break the bank:

There are still plenty of other flight deals to be had, including this flight from Las Vegas to Long Beach starting at $54. The return fare can be just as cheap, depending on when you go. One of the best pieces of advice that I’ve found to be most helpful when trying to book affordable airfare is to be flexible with the travel dates. Sometimes you may find that the cheapest fare doesn’t align with when you can go. If you can, try and be at least somewhat adjustable with your departure and arrival window.

Now, hurry up and start scouring these flight deals. Remember, JetBlue’s Dash Away Sale ends one minute before midnight on Wednesday, Dec. 19. A study conducted by researchers at Cornell University shows that people who spend money on experiences and not things are generally happier. With that in mind, do yourself a favor and give yourself the gift of adventure this holiday season. Chances are you won’t be disappointed.