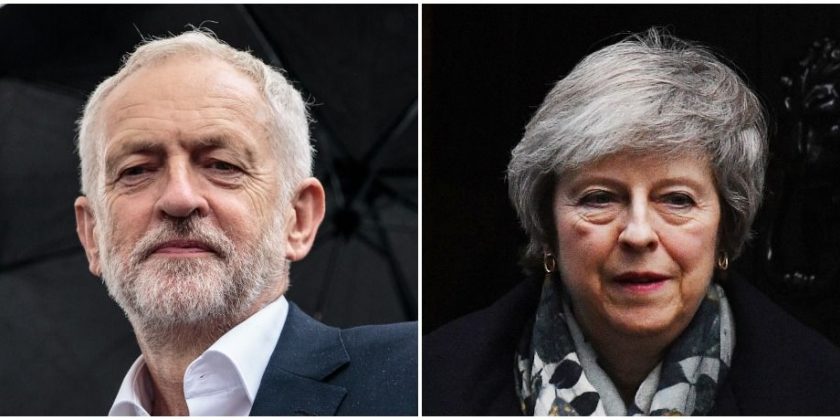 In British parliament on Wednesday, Prime Minister Theresa May and Labour leader Jeremy Corbyn got into another heated argument.

At the end of the Prime Minister’s Questions session, May scorned her opponent for not calling a vote of confidence in the government. Following her tirade, Corbyn, according to Conservative MPs, that is, muttered the rather uncomplimentary phrase “stupid woman” under his breath, Politico reported.

Just last week, May faced a vote of no confidence in her leadership as Brexit negotiations ran rapidly towards their March deadline. May narrowly survived the vote, but it appears it has given her a personal confidence boost in parliament. She aimed this sudden attitude directly at Corbyn on Wednesday.

“I know it’s the Christmas season and the pantomime season,” May said.

“He’s going to put a confidence vote, oh yes he is, oh no he isn’t. I’ve got some advice. Look behind you! They are not impressed and neither is the country.”

While the Conservative MPs are adamant that Corbyn certainly reacted by mumbling “stupid woman” quietly, when they asked the Speaker of the House, John Bercow, to intervene, he refused, stating he had not heard Corbyn utter the phrase.

As a result, Tory MP and Leader of the House Andrea Leadsom aimed her vitriol at Bercow, calling him out for not apologizing for saying the exact same thing to her earlier this year. In May this year, Bercow was reported to the parliamentary watchdogs after he allegedly called Leadsom a “stupid woman” in parliament.

In response to Corbyn’s apparent muttering and Bercow’s refusal to react, May called on the members of parliament to use appropriate language.

“I think that everybody in this house, particularly in this 100th year of women getting the vote, should be aiming to encourage women to come into this chamber, and to stand in this chamber and should therefore use appropriate language in this chamber when they are referring to female members.”

Corbyn was later called to apologize for his supposed insult, and made a lengthy statement about the incident, denying that he had called May a stupid woman.

“During prime minister’s question time today, I referred to those who I believe were seeking to turn a debate about the national crisis facing our country into a pantomime as ‘stupid people.’ Mr. Speaker, I did not use the words ‘stupid woman’ about the prime minister or anyone else,” he explained.

Corbyn added that he was “opposed to the use of sexist and misogynist language in any form,” and that he was happy to have that on the record.

Despite his explanation, Conservative MPs still stated that they did not believe that he had not uttered the insulting phrase.