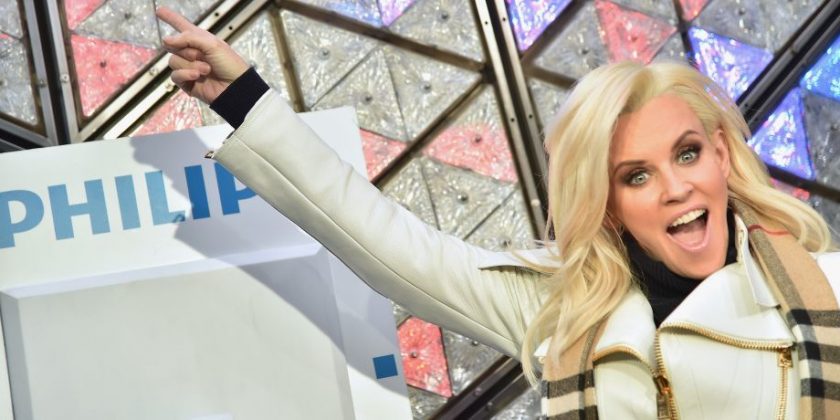 It’s become an annual tradition for Jenny McCarthy — as soon as she appears on television screens on Dick Clark’s New Year’s Rockin’ Eve, millions of people take to the internet to figure out why she looks so different than the Playboy model turned MTV host they remember from years ago.

Rumors of plastic surgery have plagued the television host in recent years, with many on the internet compiling before-and-after pictures to show the changes and making comparisons to Joan Rivers. McCarthy hasn’t exactly been secretive about plastic surgery, Complex noted, broaching the topic in a burn fest with actress Tara Reid while conducting a promotional interview for her Sharknado series.

Jenny McCarthy has also admitted to getting botox injections.

“I get Botox in my forehead. I just have my doctor do a little shot,” the told Life & Style magazine (via ABC News).

But she’s not exactly getting praise for the procedures. Many fans say McCarthy’s work has been a little too obvious, and Shape magazine even placed her on the list of “Hollywood’s Most Frozen Faces.”

Jenny McCarthy’s appearance seems to generate viral attention every New Year’s Eve, with her name shooting to the top of Twitter’s trends. Many fans take to the social media site to troll McCarthy for the look, calling on her past stance that vaccines could be linked to autism but noting that she didn’t appear to have a problem injecting herself with Botox.

Others compared her unfavorably to other famous actresses who have gone under the knife one too many times, including Joan Rivers.

While Jenny McCarthy’s appearance on the show never fails to kick up the plastic surgery speculation, some attribute her frozen-faced looks to the fact that it’s actually freezing outside during the show. In the countdown to 2018, Times Square saw one of the coldest years on record, with temperatures hovering in the single digits and wind chills below zero.

In an interview with Billboard, Ryan Seacrest said that it can be hard to keep your face warm during such extreme conditions.

“Last year it was survival for us to be out there. We had to be with warm bodies because it was so cold,” he said. “My biggest concern was moving my mouth and having a voice come out of it. Our jaws were frozen. Everything was frozen. The crowd keeps your energy up.”

It’s expected to be warmer this year, with temperatures in the mid 40s as the ball drops. That could help Jenny McCarthy look a little more natural this year — though it likely won’t stop fans from commenting about it.