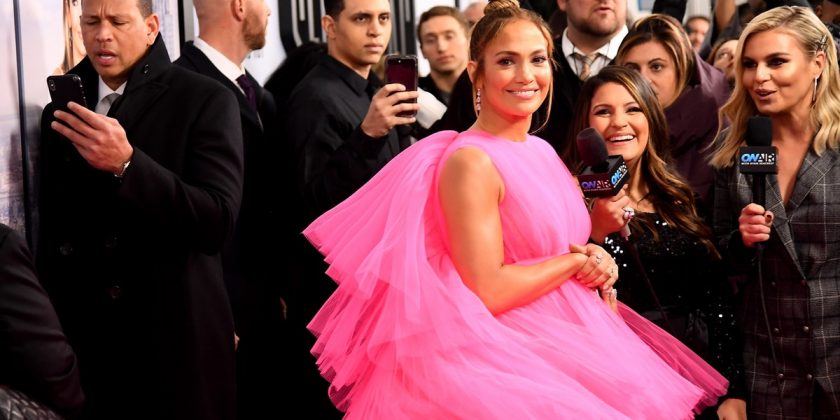 If you’re having a bad day and are in need of a pick-me-up or are simply still half asleep and need a wake-up, I’ve got just the thing for you. Jennifer Lopez’s dress at the Second Act premiere last night was an absolute eyeful of electric pink tulle, and I guarantee that even just looking at photos of it will shock you out of whatever sleepy haze or state of gloominess you’re in. A sartorial mood boost? Yep, basically. Leave it to J. Lo to pick the drama, drama, drama.

Before getting into the details of the dress, let’s quickly go over how exciting it is that J. Lo is starring in a new movie. I was obsessed with Maid in Manhattan when I was younger so you better believe I’ll be seeing Second Act. As described by IMDB, "A big box store worker reinvents her life and her life-story and shows Madison Avenue what street smarts can do." The film looks empowering and funny and is set in my favorite city in the world (I <3 NY) and boasts a badass cast of women to boot—Vanessa Hudgens and Leah Remini both have large roles. Oh, and did I mention Milo Ventimiglia also has a substantial role? I’ll see you at the movie theater.

Now, back to the dress. The gorgeous creation was dreamed up by Giambattista Valli which, if you know the fashion house’s work, is spot on with their signature aesthetic. It’s a couture garment and definitely looks like one, and it probably comprises enough tulle to outfit the entire New York City Ballet with new tutus. 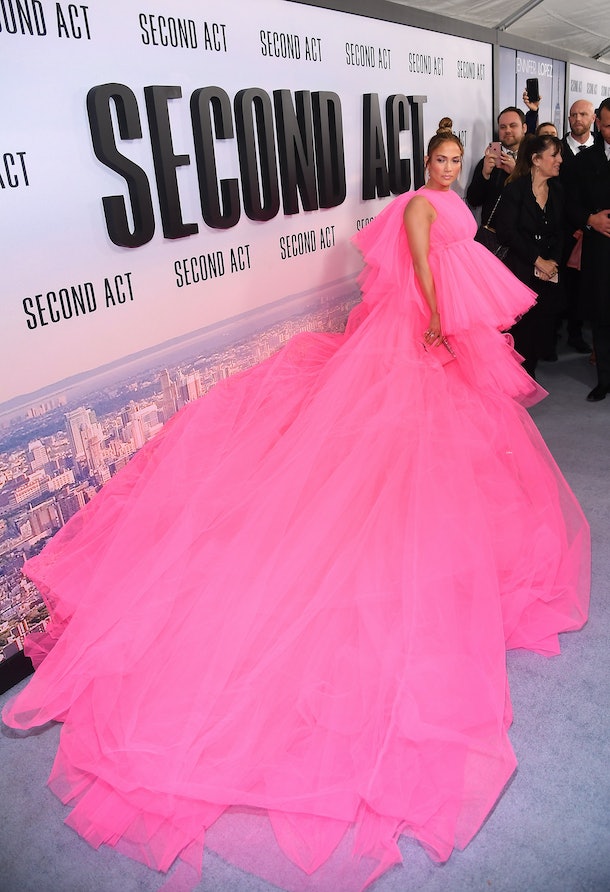 The train of the dress is definitely its most extreme asset, but the entire gown is really quite head-turning. It features a high neckline and gathered babydoll shape at the bust and when looked at from straight-on it features a high-low skirt shape. The babydoll waist blooms out into a short A-line skirt that hits mid-thigh and shows off J. Lo’s killer legs, with longer layers that eventually blend into the long train cascading down either side. Spurts of tulle burst from the back of each of the dress’ shoulders, finishing off the look with a high-fashion cape-like effect. 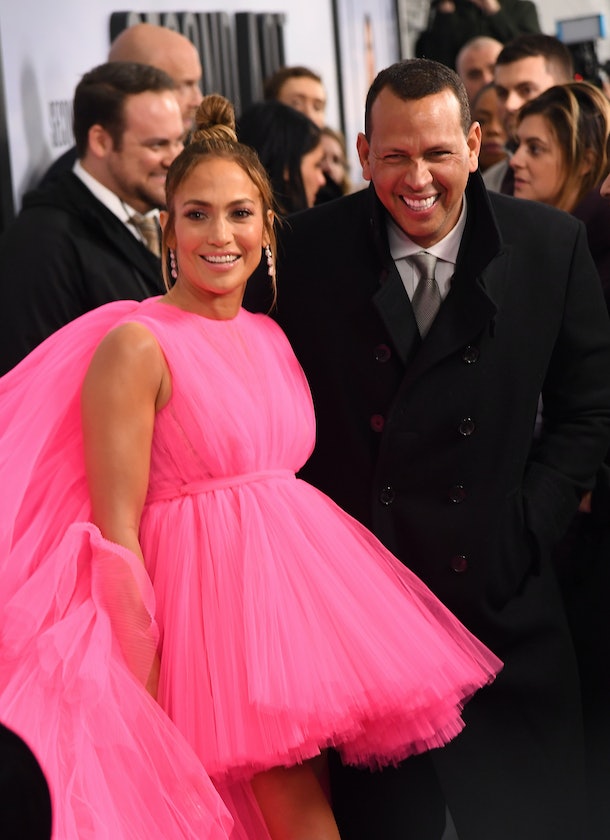 If Lopez’s dress looks somehow familiar to you, it’s probably because you’ve seen Rihanna in a few similar gowns by Giambattista Valli haute couture. The singer’s dress at the 2015 Grammy Awards was the more comparable of the two and featured a strapless babydoll silhouette and giant two-tiered skirt. 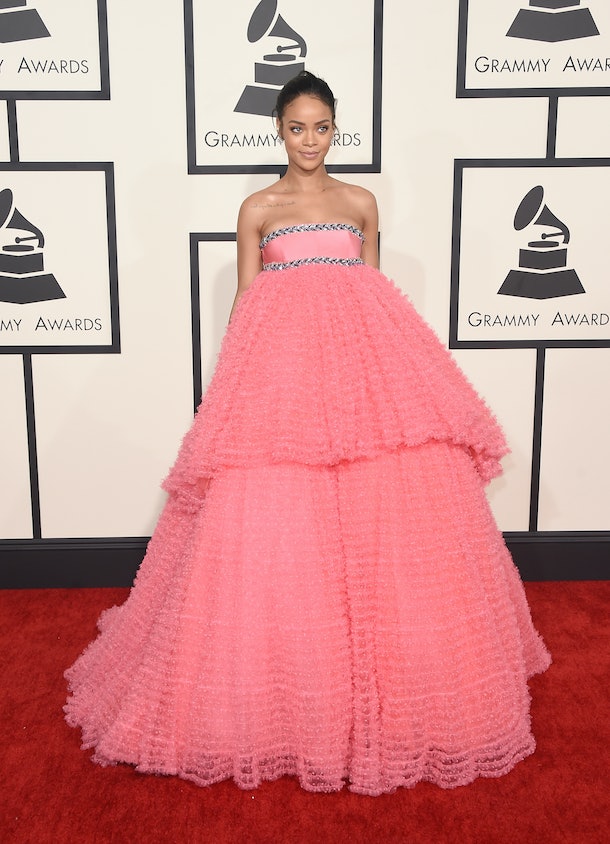 Last year, Rihanna wore another Giambattista Valli couture creation, this time to the premiere of her film, Valerian. A light shade of ballet pink, it also featured a dramatic high-low skirt, as well as an off-the-shoulder neckline and billowy balloon sleeves. 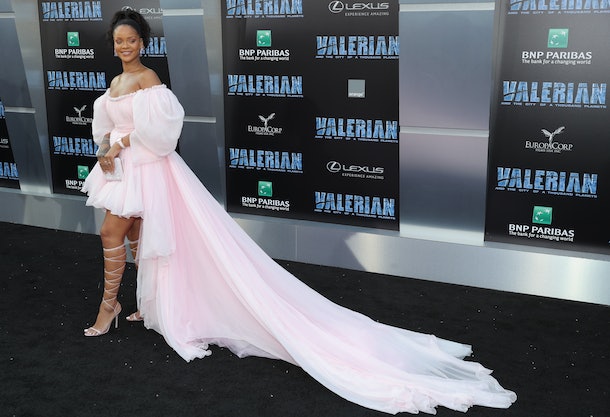 If one thing’s clear it’s that the French fashion house certainly knows how to dress influential and iconic women in equally compelling garments. I can’t wait to see what shape the next pink power dress will take on.