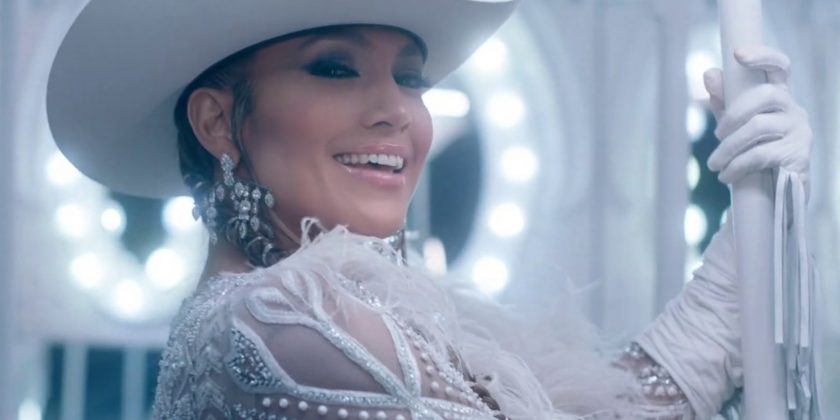 Later on in the song, she changes into an elaborately ruffled white dress to play a fortune teller followed by strut down a cross-shaped catwalk wearing fully fringed and rhinestoned knee-high boots and a black Fausto Puglisi bejeweled gown featuring slits up to her navel, similar versions of which the “Dinero” singer has worn during performances in the past.

But the real scene-stealing moment comes a little over halfway into the song when the camera cuts to a mirrored ice cave in which J.Lo stands with her back to the camera in a totally bedazzled “Echo Hat” by Heidi Lee (the all-silver version retails for $2,250) and a white structural leotard that fully reveals her most famous asset.

It’s a look that could launch Google image search all over again.