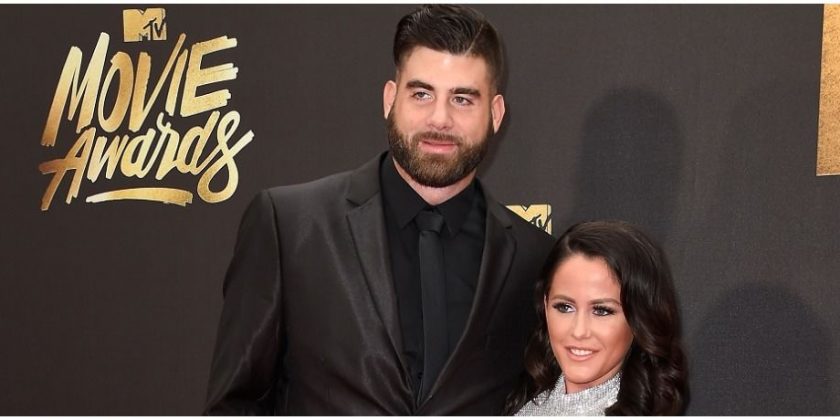 Teen Mom 2 star Jenelle Evans is sparking pregnancy rumors after she posted a new photo with her mother, Barbara Evans, on social media. According to a November 30 report by Hollywood Life, Jenelle Evans could be sporting a small baby bump under a baggy shirt in her latest Instagram snapshot.

In the photo, the Teen Mom 2 personality is seen wearing a blue and white short-sleeved t-shirt as she puts her arm around her mother, Barbara. Jenelle’s long dark hair is parted down the middle and styled in soft curls as she smiles for the camera next to her mom as they attend a yoga class.

Jenelle’s hand rests on her hip in the sweet snapshot, allowing the fabric of the shirt around her mid-section to bubble out, which has sparked rumors that the reality star could be pregnant with her fourth child. After the photo was published, fans began to ask Jenelle if she was expecting. “Not trying to speculate bu am I the only one that thinks she might look a little pregnant?” one fan stated. “She really does look preggers,” another wrote.

However, other fans came to Evans’s defense, revealing that just because she’s wearing an oversize shirt, or may have gained weight, that doesn’t mean that she is pregnant again. “Why does someone always jump to saying someone is pregnant? You look healthy. I thought it was rude to call someone pregnant without knowing. Sorry people always jump to that,” one social media user wrote.

“My god. People can wear baggy clothes and not be pregnant. How about positive things like great to see her and Barb going out together,” another stated. “You don’t look pregnant. You look healthy and beautiful,” a third supporter claimed.

As previously reported by the Inquisitr, Jenelle Evans has also sparked rumors that her marriage to husband David Eason could be on the rocks. This week, the Teen Mom 2 star unfollowed her husband on social media, and the two were revealed to no longer be friends on Facebook as well.

The social media split comes just weeks after Evans called 911 claiming that Eason had gotten violent with her after a night of drinking. Jenelle told the dispatcher that David had pinned her down and she heard her collarbone crack. She was panicking, because she had kids in the house during the encounter. However, she later stated that David did not assault her and that things were fine between them.

Fans can see more of Jenelle Evans when Teen Mom 2 returns for a new season on MTV next year.