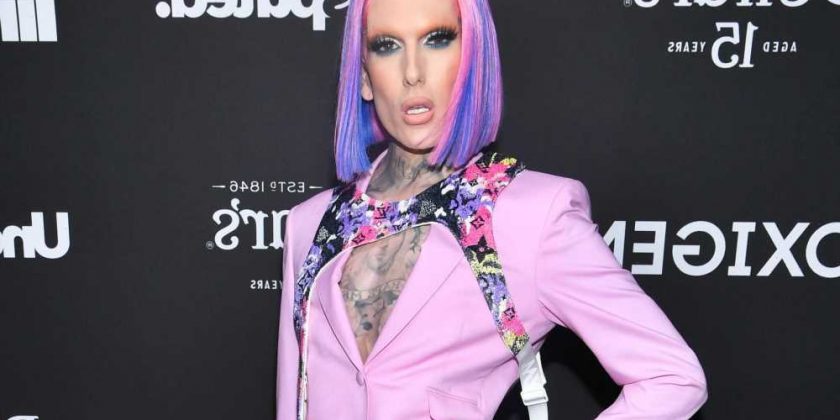 After a member of Star’s team announced Friday that the YouTube star and a pal were injured in a “severe car crash” where “the car flipped 3 times after hitting black ice,” some social media commenters claimed that portions of his account didn’t add up. Star, 35, also didn’t do himself any favors to help clear up the rumors, as he later used social media to promote his new Star Lounge merchandise dropping on April 20.

One confused user asked the Twitterverse, “now how did jeffree star’s car flipped 3 times and none of them have bruises and scratches on their skin?” after Star posted pictures of himself in the hospital.

On Saturday, Star updated fans on his condition via Twitter. He tweeted a photo of himself sitting in a chair and pal Daniel Lucas in a hospital bed with the caption, “We woke up crying happy tears today. So thankful for everyone’s out pouring love Hundred points symbol To everyone who wished death upon Daniel and I, we pray you find happiness within yourself. Today he’s having more tests done and might need surgery. I’m now discharged.”

“Watched all of the insta stories,” another critic chimed in. “… Why is JS allowed to walk around (super fast btw) & twist his “broken back”? 😂 why do y’all look & sound normal? Like I’m sorry sis, I’m calling BS on this one.”

Another person commented, “I don’t wish death on anyone but I’m sorry how the hell do you flip a rolls Royce 3 times and NOT be speed. … And even he said roll royces are ALL STEAL that’s a heavy ass car to flip. Don’t bother with black ice can cause anyone to slip, ain’t no way your flipping a Royce without doing at least 70 and that’s to fast in black ice conditions.”

But instead of addressing his critics, Star began to promote his work.

“Life is always throwing me the most insane obstacles but I refuse to let it get me down 💚,” he tweeted on Sunday alongside photos of himself with the products. “This Tuesday is the official launch of my new STAR LOUNGE store to celebrate 4/20 and the stoner culture 🔥 It will be available exclusively on http://jeffreestar.com 💫.”

Star also posted a video of himself getting glammed up on his Instagram Story on Sunday. He appeared to be in good spirits from bed.

While he said in the video that his launch party may have to be canceled as a result of the crash, it is unclear what the status of his recovery is.

In the meantime, fans are expressing their support for the influencer.

One fan wrote, “my heart is with you guys” and another chimed in, “Glad you’re okay! Praying for a speedy recovery” alongside a heart.

Another fan said, “I hope you know just how important you are to so many of us. You are a true inspiration and I love you very much.”

Page Six has reached out to Star’s attorney for comment.