The restaurant critic and author, 52, had brought along a selection of snacks from M&S for the journey, including taramasalata, chorizo and parma ham, ready-salted potato squares and mini pork pies.

But he received a short shrift from some followers who took issue with various aspects of the feast, from the plastic packaging to the salt content.

Others weren’t impressed at the idea of someone eating fishy taramasalata or pungent-smelling cured meats in the confines of a train carriage. 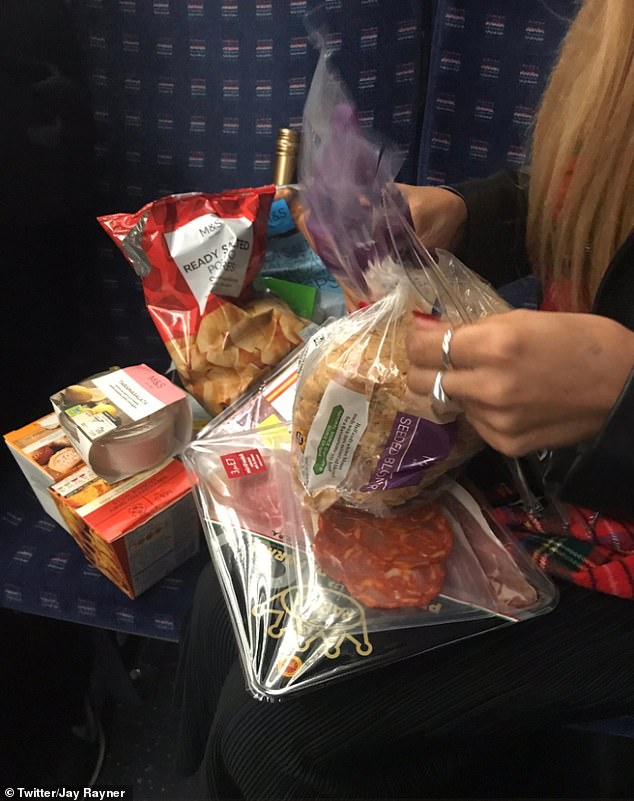 Before posting a snap of his on board feast, Jay tweeted that he was in Oxford, indicating that he may have been travelling back to his London home.

The spread featured two bags of crisps, mini pork pies and sausage rolls, cold meat, bloomer bread and what appeared to be a bottle of wine.

‘All the middle class food groups represented,’ one commenter wrote. ‘Taramasalata too, just to upset the rest of the carriage. Well done.’ 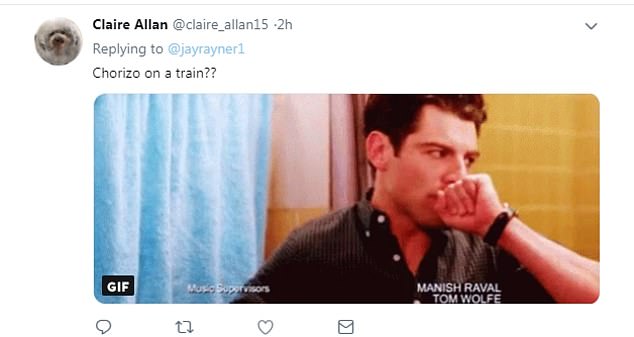 However, others were concerned that it didn’t look like the healthiest feast with one commenting: ‘Has anyone worked out the salt content in that pile’.

Another said they were sickened by the thought of the smell of chorizo on a train.

Meanwhile, others took issue with the amount of plastic packaging with several questioning why he hadn’t brought a packed lunch instead.

However, others took a more lighthearted view with one commenting that he’d failed by not including Percy Pigs.