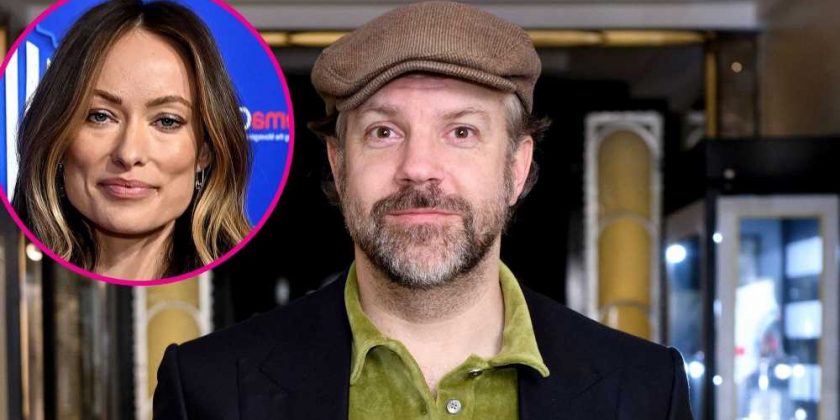 Back to biscuits with the boss! Jason Sudeikis was spotted filming Ted Lasso weeks after his ex-fiancée, Olivia Wilde, was publicly served with custody docs.

The former Saturday Night Live star, 46, appeared unbothered in photos published by the Daily Mail on Friday, May 6. He donned Ted Lasso’s signature blue sweater and was joined by extras in London while working on season 3 of the Apple TV+ hit. Sudeikis later threw on a green windbreaker and headphones during a break on set. 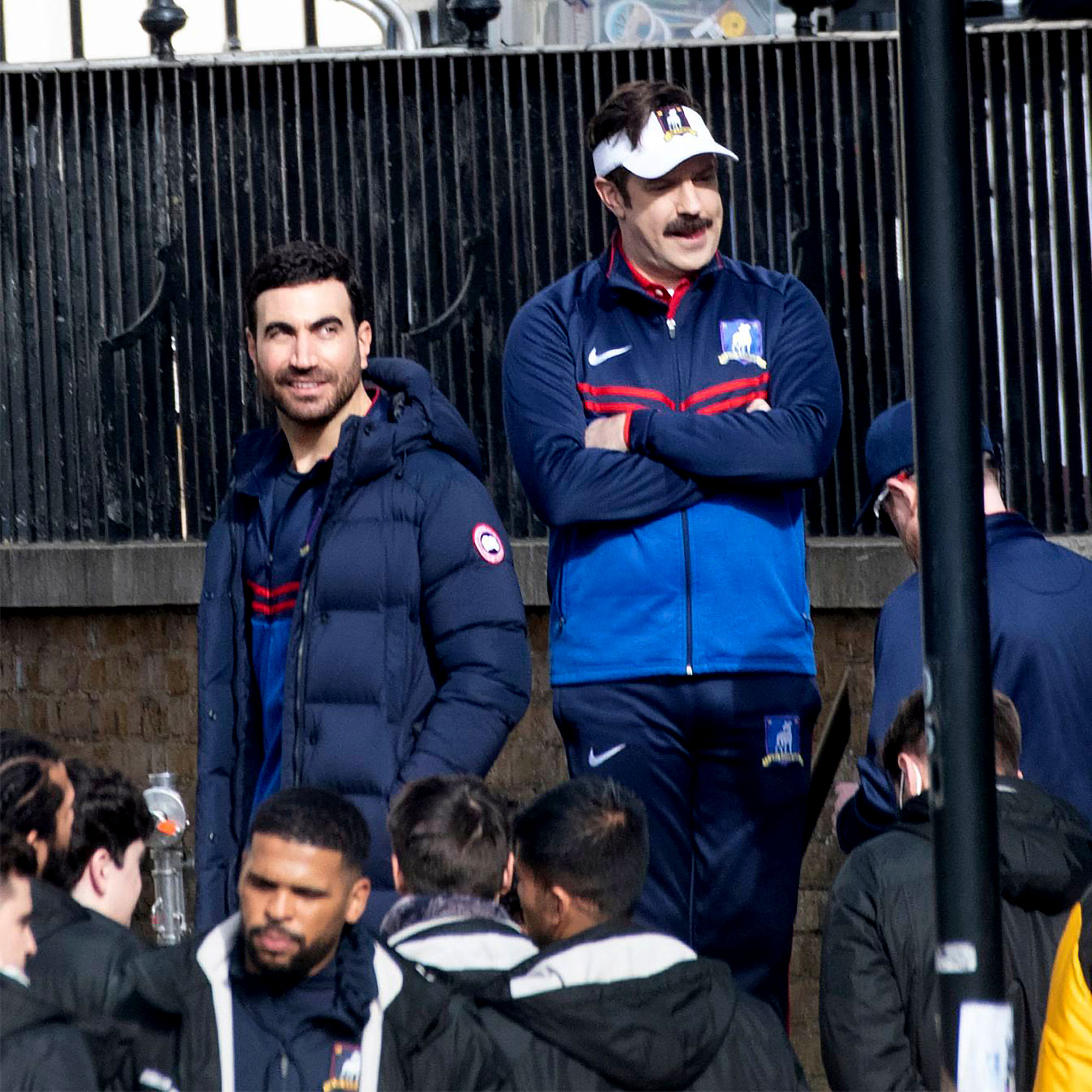 One week prior, the Virginia native raised eyebrows when Wilde, 38, was handed a folder labeled “personal and confidential” while introducing her movie Don’t Worry Darling at CinemaCon in Las Vegas. “Is this for me?” the O.C. alum — who shares son Otis, 8, and daughter Daisy, 5, with Sudeikis — asked at the April 26 event as she received the paperwork on stage.

Us Weekly confirmed that the envelope contained custody documents from the Horrible Bosses actor. “Papers were drawn up to establish jurisdiction relating to the children of Ms. Wilde and Mr. Sudeikis,” a source exclusively revealed, adding that the Emmy winner didn’t know when the docs would be delivered. “He would never condone her being served in such an inappropriate manner.”

‘Ted Lasso’ Cast: Who the Stars Have Dated in Real Life

While presenting at CinemaCon, Wilde shared the first glimpse of the upcoming psychological thriller, which she starred in and directed. “I want you to imagine a life where you have everything you could want. Not just material, tangible things like a beautiful house, perfect weather and gorgeous cars,” the House alum told the audience at the special screening. “But also the things that really matter, like true love or the perfect partner or real trusted friendships and a purpose that feels meaningful.” 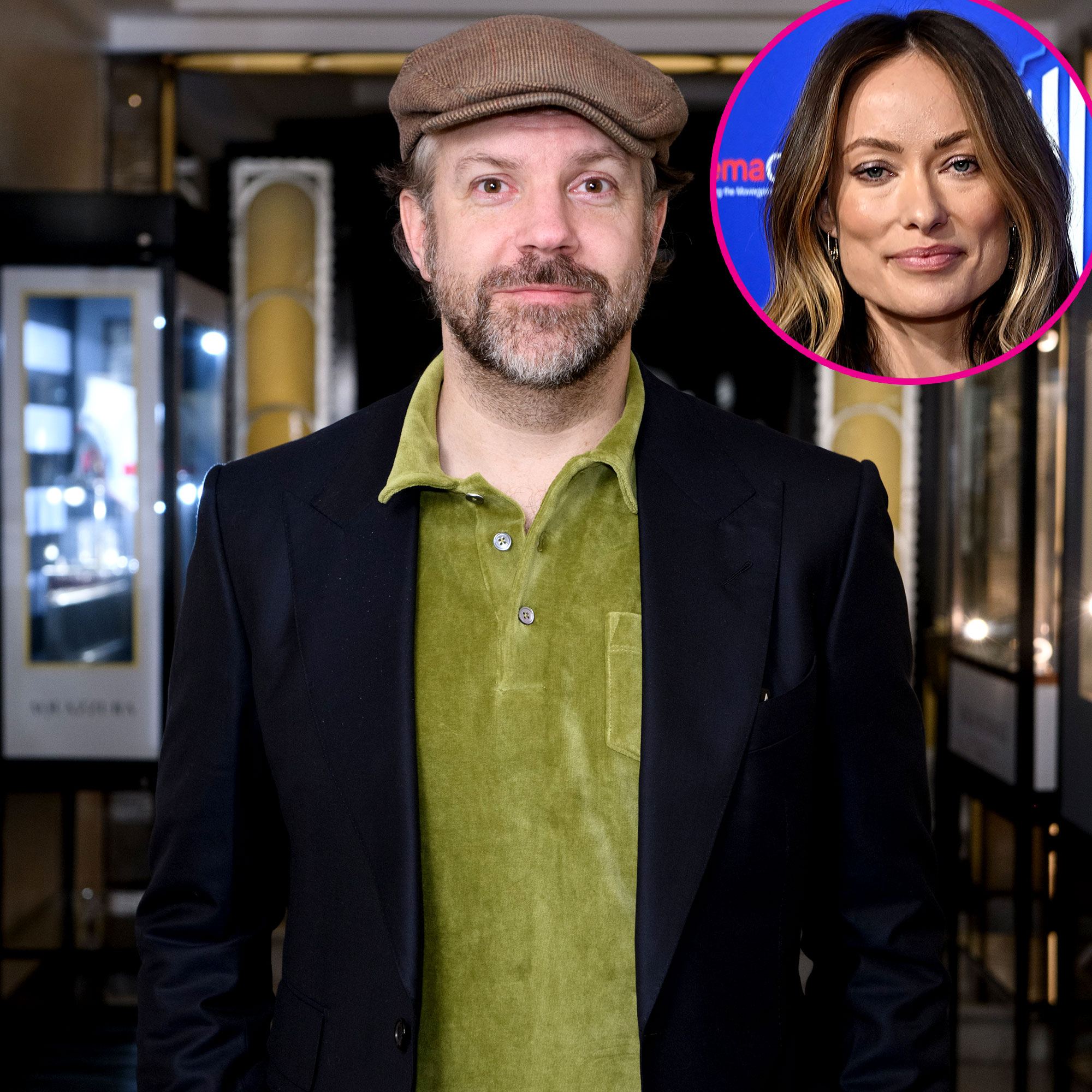 “Jason’s had no option but to step back and let Olivia do her thing, but he [has his fingers crossed] that this is just a phase and that Olivia will snap out of it or that Harry will get bored and move on before too long,” a source told Us in January 2021.

Olivia Wilde and Jason Sudeikis’ Sweetest Moments With Their 2 Kids

Two months prior, Us confirmed that Wilde and the We’re the Millers star ended their seven-year engagement. A second source insisted in January 2021 that the “As It Was” artist “did not break up” the former fiancés.

Though the U.K. native and the Drinking Buddies actress have kept their romance relatively private, things have quickly grown serious. Ahead of Christmas, an insider told Us that the pair have “started getting to know each other’s families,” revealing that Styles has met Otis and Daisy.

“I think we owe it to children to be happy,” Wilde previously told Vogue of why she hasn’t hid her dating life from her kids. “They sense it. They’re so intuitive. The idea that you can trick your kids into thinking you’re happy is ludicrous.”