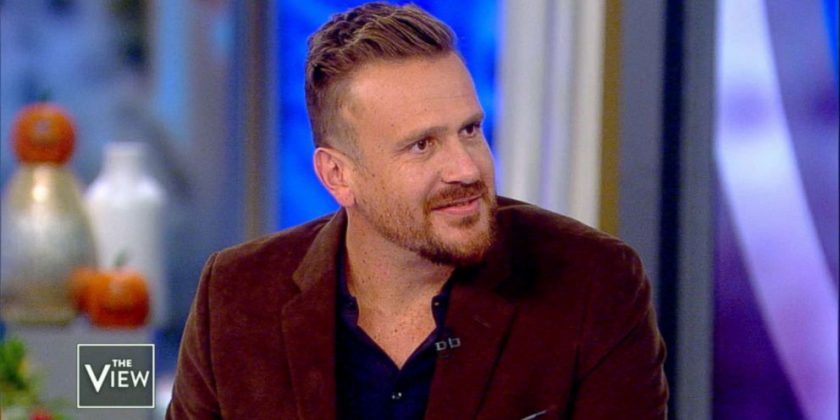 Actor, director and author Jason Segel said that after a decade of success with movies and TV, he had a personal check-in, moved out of Los Angeles and started to write things he “really cares about” which he hopes will inspire “magic” for a younger generation.

“When I hit 33-years-old, I realized that I had not had a personal check-in in like a decade,” Segel said Thursday on “The View.”

He realized that when “How I Met Your Mother” came to an end, that his “art” was still a reflection of the younger person he used to be when he wrote and starred in films like “Forgetting Sarah Marshall.”

“I was like, I’m an adult now and I’m not afraid of girls, I’m not trying to learn to stand on my own two feet, and I can’t keep calling what I’m doing art if I don’t really think about what I’m thinking about now.”

He continued, “I figured out what I wanted to write about and that’s what I’ve been doing the past few years. I’ve been making movies I really care about and it’s a whole different feeling.”

Since his personal check-in, Segel said he’s been able to look at what really matters and to stay true to a lesson he picked up from his parents.

“One of the things that has stayed the same is what my parents taught me: just be nice to the people around you.”

Segel has also had success as an author with his young adult science-fiction novels, which he said he hopes will serve as a spark of magic for kids.

“You’re sort of told when you’re a kid — you don’t even realize it — but to get on the track and stay there,” Segel said. “And I had these voices that whispered in my ear, ‘no, there’s magic’ … I mean, when you decide to become an actor, like, ‘this is impossible,’ you’re told, unless you have those voices that say, ‘no, it’s not, you’re special.’ And so I wanted to whisper that voice.”

Segal said his newest book OTHEREARTH” is about “what happens when your actual reality is called into question.”

“I would see kids walking down the street just staring into their iPad or their phone, and so I wanted to write a book about being present and the difference between, you know, comparing your real life to someone else’s Instagram stories,” he explained.

It’s been 10 years since he had to get over his on-screen bare naked breakup with Kristen Bell in “Forgetting Sarah Marshall,” but Segel revealed, “that scene is autobiographical.”

“I got broken up with while naked.”

He said that he was waiting “like Burt Reynolds” at home for his girlfriend to return from the airport, but when she got there told him “we need to talk.”

“And it’s never ‘we need to talk, I love you so much,’ he said. “Like this breakup commences. What didn’t make the movie which also happened was like halfway through I was like, okay, I need to go get dressed.”

“It turns out picking out an outfit for the second half of a breakup is like the worst outfit you’ll ever pick out,” Segel said.

“The whole time I thought as soon as she walks out this door, I’m going to write this, and it worked out.”