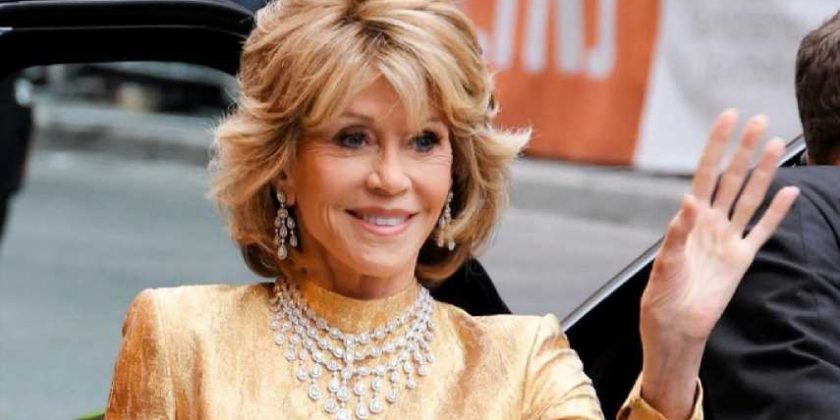 Jane Fonda is best known for her acting career, but it turns out she also has an impressive art collection to her name. But the actress is gearing up to part ways with some her most desirable pieces, as they’ll be auctioned off on January 18th by Christie’s auction house.

According to reports, 14 pieces from Jane’s personal collection will be sold, which includes works from Thornton Dial, his son Thornton Dial Jr., and his brother Arthur Dial.

RELATED: Kanye West’s Ex-Bodyguard Will Expose Him In New Documentary

The auction is titled Things Grow in the United States: Works from the Collection of Jane Fonda, and is part of Christie’s Americana week.

Jane was reportedly introduced to Dial’s works after meeting art collector Bill Arnett in the ‘90s. She apparently bought several pieces immediately after seeing them, and the pieces have stayed in her personal residence throughout the years.

The actress has expressed her love for Dial in other ways, aside from collecting his art. In 200 and 2001, she helped published Souls Grown Deep, a two-volume set of books that focused on Dial as well as other artists.

Of Christie’s Americana week, Jane said in a statement, “When you look at the artwork made by these talented men and women from the American South, you see that it’s truly great, it’s truly original, it’s truly American. We cannot allow racism and discrimination to keep this art from being included in our national family of artwork, which it has been for far too long.”

She continued, “Dial used found objects in his environment, which I think is just so beautiful. He gave discarded things a second life, brilliantly repurposing material with an impact that very few artists ever had.”

Many famous folks dabble in the world of art collecting. Some of the celebrities with the biggest assortments include Beyonce and Jay-Z, who own art by Andy Warhol, Pablo Picasso, and Tim Noble. Their collection is valued at $1.4 billion.

But perhaps the most expensive art collection is owned by David Geffen. The American business magnate has a collection that’s valued at $2.3 billion, and includes famous art such as Jackson Pollock’s “Number 5” and Willem de Kooning’s “Woman III.”