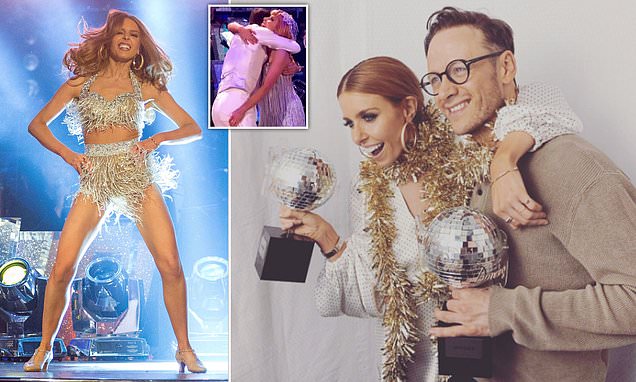 Pass me the Kleenex! This Krakatoa of glitter was the best of Britain: JAN MOIR on how people power helped have-a-go heroine Stacey Dooley beat more skilful rivals to be named Strictly queen

Faye Tozer was the best dancer this year, or was it Ashley Roberts? Whatever, whoever, however, none of these high-kicking, eerily proficient glamazons won in the end.

Neither did Joe Sugg, the social media titan with his twinkling matchstick ankles and taut-jawed determination to win.

Instead, this year’s Glitterball trophy was lifted by a force of nature with a blazing grin, an endearing rookie who didn’t know her axel from her elbow in week one, but who rose through the ranks to flash her Spanx in the final.

Who was this chiffon-swathed dervish who won over the public, despite accidentally flashing her paso during the doble? Surely this is a case for Stacey Dooley Investigates. 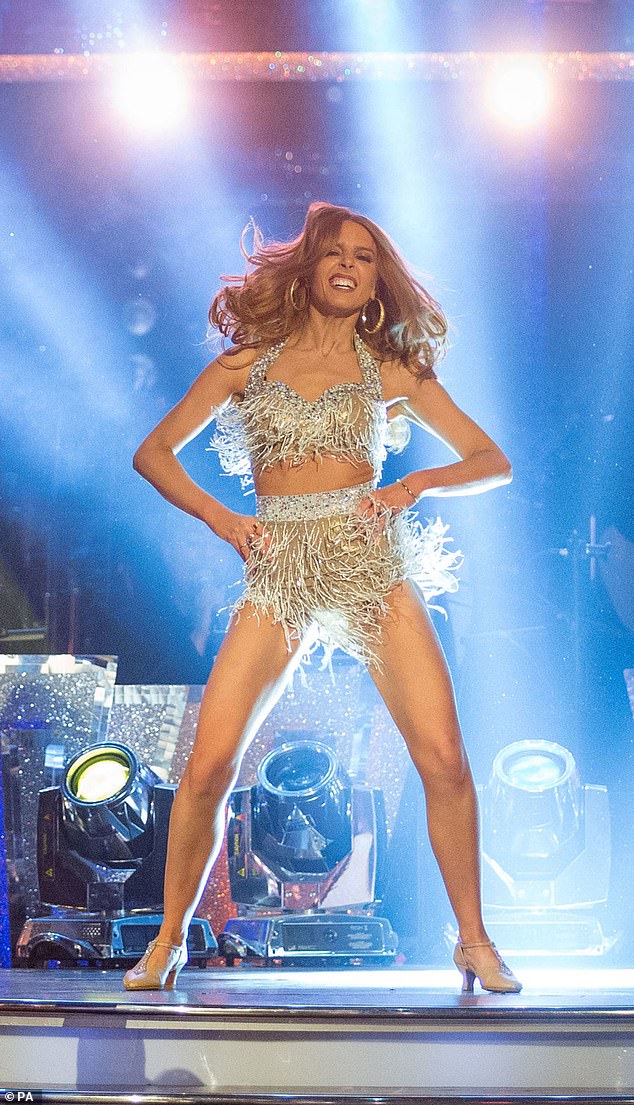 In a remarkable show of people power, it was darling Stacey who won this year’s Strictly Come Dancing (BBC1), despite being the least skilful of the four dancers in the epic finale. Her scores were the lowest, her footwork was the least impressive, her hot mess of a Show Dance was dismissed by exacting judge Craig Revel Horwood as ‘too bitty’ and ‘not impressive’. He had a point!

Yet it was broadcaster Stacey who became the ballroom queen, perhaps because she most perfectly sums up the true spirit of Strictly.

She was the have-a-go heroine who performed with more zest than expertise, who gave each routine her best shot, who clearly loved every minute of her time on the show.

Unlike Faye and Ashley — both of them seasoned showbiz veterans, secret super troupers — Stacey had no previous dancing experience.

Unlike Joe, she did not have millions of tweeny fans to push her through the public vote each week.

She just had to rely upon herself — and her supportive dance partner, Kevin Clifton. In a world of sequins and artifice, she came across as the genuine article — and everyone loved her for it. A very British sense of fair play allied to our traditional love of the underdog ensured that Stacey stormed to victory in the public vote, despite what those pesky, picky judges thought.

When she and Kevin were announced the winners, Craig wore the sucked lemon expression of the royally swindled. Look at him! His dis hasn’t been so gruntled since someone stole the sequins off his favourite codpiece during his performing days. 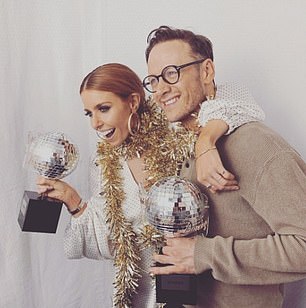 We did it! Stacey and Kevin clutch their Glitterball trophies

Hostess Tess Daly staggered around like a malfunctioning robot, trying to get someone to talk to her during the chaos at the winners’ podium. No takers.

After being runner-up four times in Strictly finals, this was his moment and it was all too much for Grimsby’s finest exponent of the flying fleckerl.

And one of the first to congratulate him was his wife, Karen, also a professional dancer on the show.

After separating earlier this year, they were still there for each other, clinging together when it counted.

Oh my goodness. Pass me the Kleenex. For it has been a Strictly emotional year.

Just like Stacey Dooley, we have all been on a journey, one full of surprises, drama and even a whiff of scandal, courtesy of comedian Seann Walsh and his married dance partner, Katya Jones.

After being caught in a compromising clinch early in the series, they were eliminated in Halloween week. Thank goodness, because we couldn’t stagger on with the clammy horror of their mutual ignominy any more.

On Saturday night, the fleeting lovebirds were back on the show — but keeping an embarrassed distance from each other up in the Clauditorium. We all cringed along together once more, for old time’s sake.

More than 12.7million viewers tuned in for this Strictly — making it the most-watched TV of the year after the World Cup — and not all were hoping to see Seann blush like a shamed tomato, as well he might. 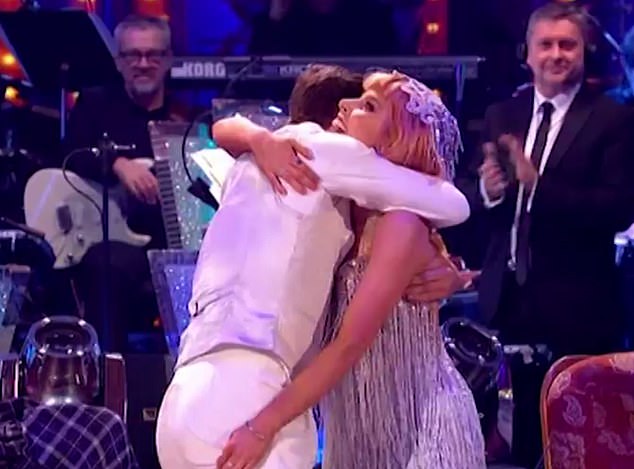 Cheeky! Stacey Dooley gives partner Kevin Clifton a squeeze. More than 12.7million viewers tuned in for this Strictly, making it the most-watched TV of the year after the World Cup

It is more that the sparkle and appeal of this big-hearted show seems to grow with every season. The energy, creativity and skill that it takes to put this Strictly together!

It is a Krakatoa of glitter and talent that erupts every year, showing the BBC at its very best.

Now in its 16th series, Strictly remains a remarkable success; a proper family favourite that brings a starburst of glamour and fun, a real spark of joy amid the winter gloom. This series was no exception. We had some wonderful couplings, including Oti Mabuse with cricketer Graeme Swann and Aljaz Skorjanec with broadcaster Kate Silverton.

There was even a proper coupling between Joe Sugg and his dance partner, Dianne Buswell, who are now an item.

And yes, some of the judges’ comments and reactions do seem scripted and manipulated, all to achieve some secret purpose and result of which we viewers are unaware.

Yet despite this, Strictly surpasses its own showbiz constraints; it proves that nostalgia and glamour can be purposeful, that kindness will prevail and that the optimism of human spirit and honest endeavour will triumph in the end.

Good lord. Am I really saying this about a Tin Pan Alley cha cha competition? Yes.

For there is just something glorious about dancing, no matter how skilled or bungling the dancers. Boy meets girl. The music starts . . .

As we stumble and trip through life, they do their best to make a real song-and-dance of it, twirling around in the ballroom of dreams.

It’s irresistible. It’s always delightful. And so is Stacey Dooley.