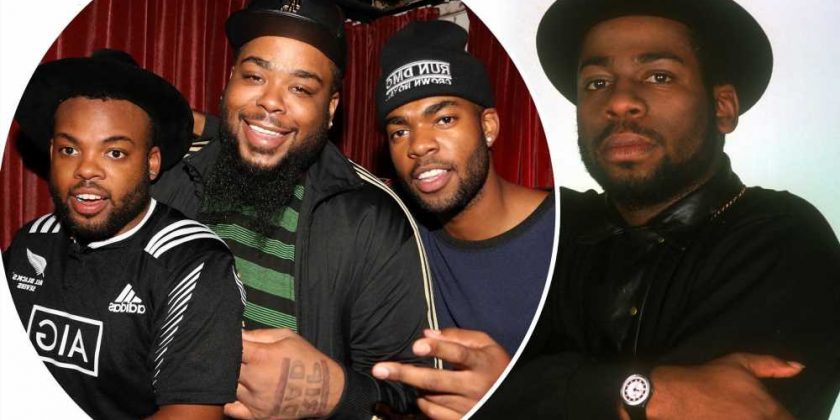 The Mizelle brothers are behind Queens OG, four pre-rolled joints in a cassette tape for its packaging, by Strain Theory in Los Angeles.

TJ proudly told us, “Jam Master Jay was a pothead — he smoked a lot of marijuana. Growing up, you’d go to the studio and — it was not until we were older that we understood —like, ‘Oh wow, this man was smoking weed.’ So he [would] definitely be here doing the same thing.”

Jesse said that the public only saw a sanitized image of his dad’s legendary rap group Run-DMC.

“They were the first rap group on MTV, so because of that, they were very aware that the issue of marijuana was going to put them down and shut them down. If they got to talking about weed, cussing and talking as freely as they would like to, there would have been major issues,” he told us.

Added Jesse, “I think that later Run-DMC started to get a little bit more edgy and my dad‘s endeavors were definitely tied to the rap culture, and part of it was cannabis.”

He said his father would be exploring the cannabis business if he were still alive.

Jam Master Jay was fatally shot and killed in 2002 in his Queens studio. He’d established Jam Master Jay Records, which later signed artists such as 50 Cent and Onyx. He was 37.

Jesse, a 2018 graduate of Berkeley College, told us of one of his fondest memories of his dad: “My dad passed away when I was 8, and my brother TJ was 12. We would both be in the studio with my dad. Basically, when it comes to marijuana I remember smoking for the first time when I was like 15… I remember smoking on my birthday and the minute I blew the weed out it was like a lightbulb moment.

Their product will be available in Colorado and California on April 20.