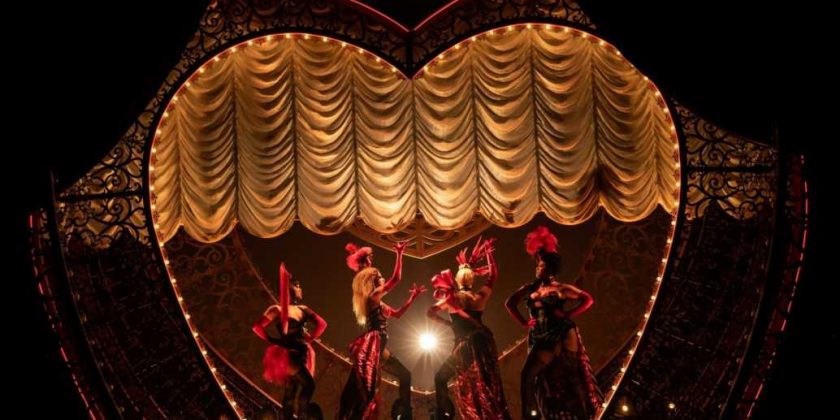 The nominations for the 74th Annual Tony Awards are here!

While Broadway remains shut down amid the ongoing coronavirus pandemic, the nominees for the 2020 Tony Awards were revealed on Wednesday by James Monroe Ingelhart. (See the full list here).

Jagged Little Pill, the musical based on Alanis Morissette's 1985 album, led the nominations with 15 total, followed by 14 for Moulin Rouge! The Musical, and 12 each for Slave Play and Tina — The Tina Turner Musical.

Facing off in the best musical category are Jagged Little Pill, Moulin Rouge! and Tina, while The Inheritance, Grand Horizons, Slave Play, The Sound Inside and Sea Wall/A Life are all up for best play.

Sea Wall/A Life's Jake Gyllenhaal scored a nomination for best performance by an actor in a leading role in a play, along with his castmate Tom Sturridge, Betrayal's Tom Hiddleston, A Soldier's Play's Blair Underwood, The Inheritance's Andrew Burnap and Linda Vista's Ian Barford.

Moulin Rouge!'s Aaron Tveit is the solo nominee for best performance by an actor in a leading role in a musical.

Up for best performance by an actress in a leading role in a play is: My Name Is Lucy Barton's Laura Linney, Frankie and Johnny in the Clair de Luna's Audra McDonald, The Sound Inside's Mary-Louise Parker, and Slave Play's Joaquina Kalukango.

Meanwhile, Tina's Adrienne Warren, Moulin Rouge!'s Karen Olivo and Jagged Little Pill's Elizabeth Stanley will battle for best performance by an actress in a leading role in a musical. The 2020 Tony Awards were slated to air live on June 7 from Radio City Music Hall in New York City before it was postponed due to the COVID-19 pandemic by the show presenters The American Theatre Wing and The Broadway League, in coordination with broadcast partner CBS.

“The health and safety of the Broadway community, artists and fans is of the utmost importance to us,” a representative for the show said at the time in a statement obtained by PEOPLE. “We are looking forward to celebrating Broadway and our industry when it is safe to do so.”

“We will announce new dates and additional information once Broadway opens again,” the statement said.

While the rescheduled date for the 2020 Tony Awards has yet to be announced, the ceremony is expected to be held remotely later this year. Broadway has been dark since March 12, when New York Governor Andrew Cuomo and the Broadway League initially shut the theaters to help stop the spread of the global pandemic.

Last week, the Broadway League announced that the shutdown would be extended through May 31, 2021.

Refunds and exchanges will be available for tickets purchased for all performances through May 30.